American’s 789s will feature a total of 285 seats across four different seating sections, in three classes: 30 lie-flat seats in business, 21 seats in a new premium economy section, and 234 in economy (including 27 extra-legroom Main Cabin Extra seats). All seats will have universal power outlets, USB ports, and entertainment touchscreens with access to hundreds of movies, games, and music selections. There will also be global Wi-Fi coverage, and of course there are the oft-mentioned features of the Dreamliners themselves, such as higher pressurization and humidity, larger electronically-dimmed windows, and adjustable cabin LED lighting to make the cabin space more inviting and help combat fatigue. 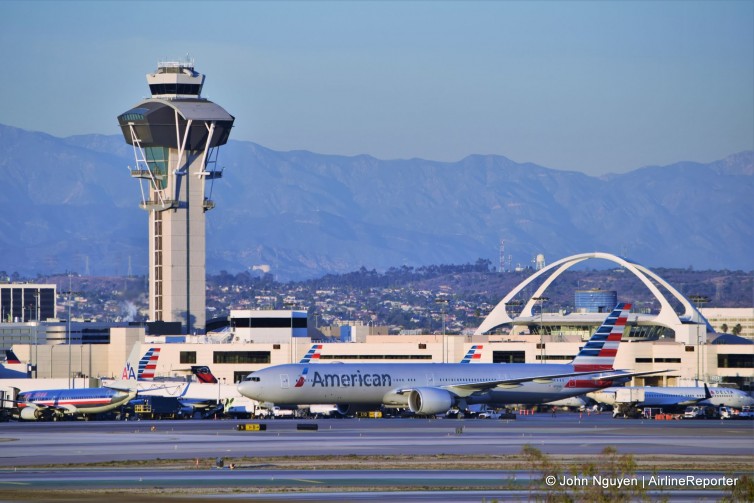 American has exclusively confirmed to AirlineReporter that the inaugural route to be flown by the 789 is scheduled to be from DFW to Los Angeles (LAX). Previously, the 788 was introduced between DFW and Chicago-O’Hare (ORD) for crew training and familiarization purposes (Gary Leff from View from the Wing has a great piece on the 788’s inaugural flight). The final delivery date for the first 789 (which, incidentally, entered final assembly two weeks ago at Boeing’s Charleston facility) has not been set yet but is estimated to be sometime in September, and the inaugural flight would follow shortly thereafter. Update: Per Gary/VFTW, American plans on flying DFW-LAX starting October 6 until November 4.

American’s previous business seat supplier Zodiac has had ongoing issues in producing and delivering their seats, which are found on American’s Boeing 777-300ERs (77Ws) in a standard forward-facing reverse-herringbone, as well as on their 788s and refurbished 777-200ERs (772s) in an alternating forward/backward setup. 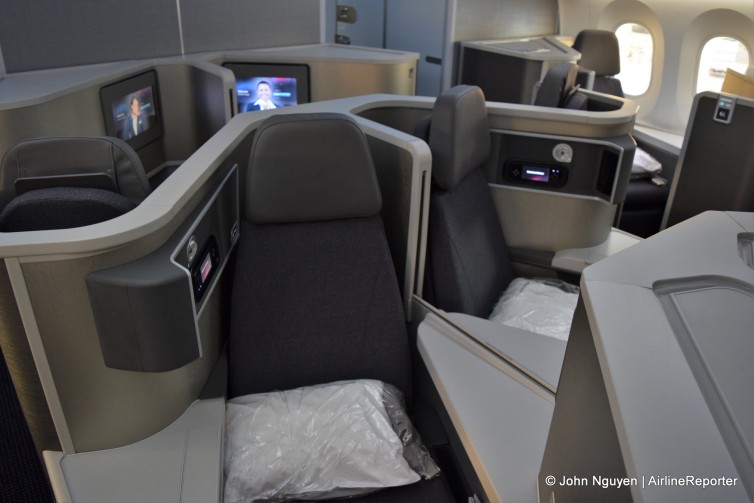 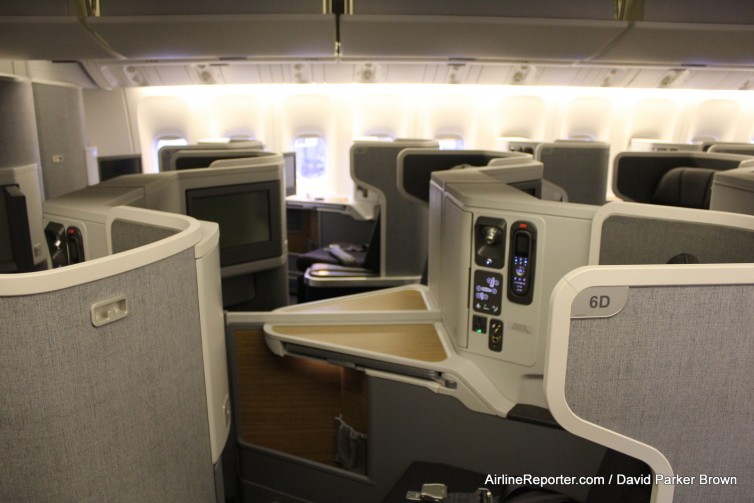 Because of the rolling delays, which affected American’s delivery and refurbishment schedules, the carrier canceled its contract with Zodiac earlier this year, then filed suit against the seat maker. They instead decided to select B/E Aerospace’s Super Diamond seat as the replacement. These seats will make their debut on the 789, and later on will also be used on the new Airbus A350-900s (A359s) as well as to finish refurbishing the remaining 772s not updated because of the premature end to the Zodiac contract. 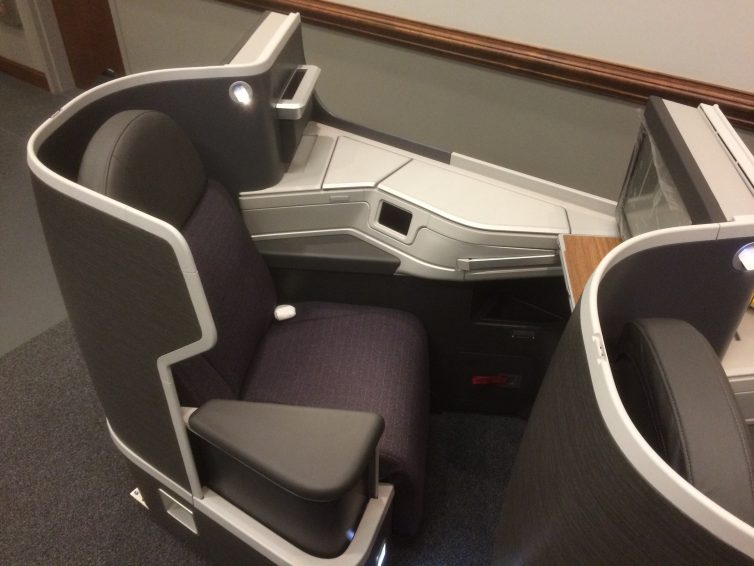 Similar to the Cirrus seat found on the 77W, the Super Diamond will be in a forward-facing 1-2-1 reverse-herringbone configuration, offering all passengers aisle-access. While the final details of American’s specific seat design has yet to be released, the same model seat can be found on Qatar Airways’ 787s.

What may be more of a leading story is American’s introduction of a premium economy class product, common among foreign airlines but a first for a U.S.-based carrier. This new level of service includes roomier seats: 38 inches of pitch with foot or leg rests and an increased width with a 2-3-2 arrangement. Premium economy passengers will receive an higher standard of service, including priority check-in, security access, and boarding, along with enhanced meals and amenity kits. A special microsite/virtual tour has been set up by American.

Update: Premium economy won’t be sold as a separate cabin on international routes until early 2017. Until then, the seats will be selectable with a fee; the fee will be waived for Executive Platinum and Platinum elite flyers, and will be 50% for Golds within 24 hours of departure. This similar to the process for selecting Main Cabin Extra.

Based on American’s mock-up, the first row of premium economy may be the most comfortable, given the extending recliner-style leg rests that don’t exist in the rows behind; those get foot rests that swing down from the seat in front of you, which aren’t useful if you’re on the tall side, and don’t really support your legs if you’re not. Also, the backrests are the traditional reclining type, so the passenger in front will definitely infringe into the space of the passenger behind. 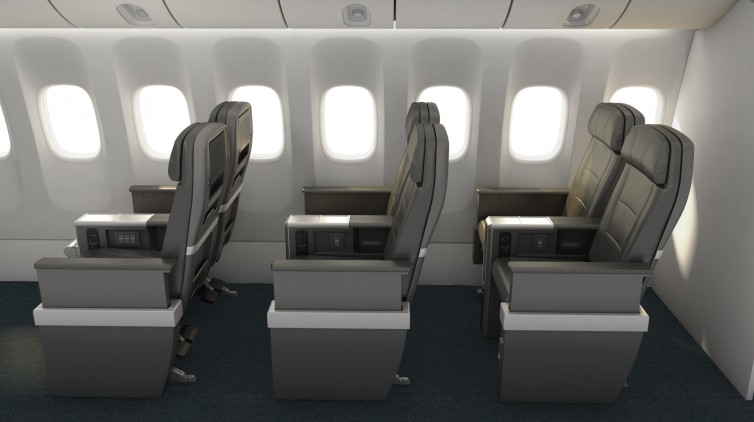 Premium economy will debut on American’s 787-9, but will also be phased in on almost all of American’s widebody fleet (excluding the Boeing 767-300s). A version of this seat will also be used as the new domestic first-class seat on some of the upcoming narrowbody refurbishments. The question on many frequent flyers’ minds is whether their upgrades from economy, using miles or system-wide certificates, will still go into business class (as it is today) or will it only be to the next higher class, i.e., premium economy. American has not announced what effect premium economy will have on upgrades yet; for comparison, fellow oneworld members British Airways and Cathay Pacific upgrades economy passengers only to their premium economy cabins.

For domestic flights that happen to have a premium economy section (like DFW to LAX on the 789), those will be treated as two-cabin flights, with the premium economy seats likely to be reserved for those sitting in economy who paid full-fare or have elite status.

While the introduction of a new business seat and completely new premium economy product is exciting, the same can’t really be said for economy. While Boeing designers originally conceived the 787 to have eight-abreast seating, the industry status quo is maximize passenger count and configure their cabins as nine-across, with very few exceptions. 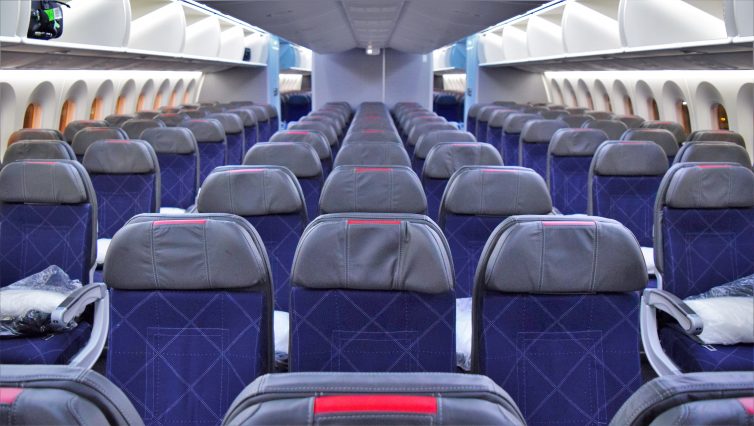 Unfortunately for the economy passenger, American is not an exception and configures its 787 fleet with 3-3-3 in the back, including for Main Cabin Extra. In contrast, while the carrier’s wider 777s are being configured with ten-across seating in regular economy, Main Cabin Extra gets a little extra breathing room with nine-abreast. However, Main Cabin Extra does receive up to six additional inches of legroom and is located over the wings, making for a more comfortable, stable flight. 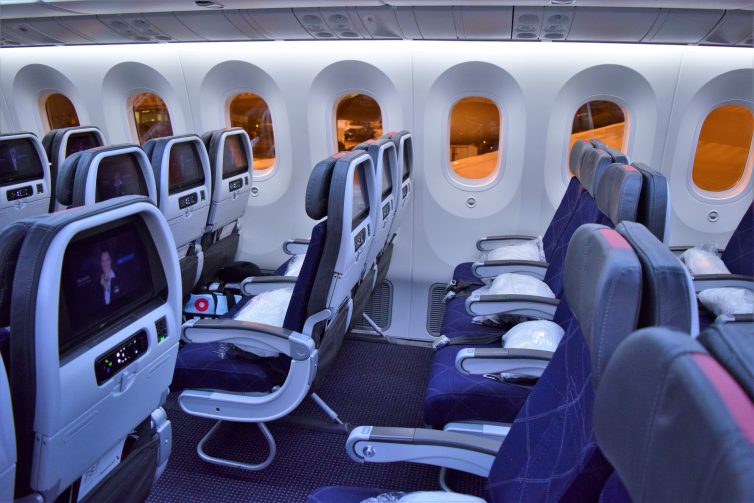 The 789 will be loaded into American’s schedule and available for booking on July 10. The flight schedules are as follows:

AirlineReporter will update when the schedule for DFW-LAX is announced.

American has invested $3 billion into upgrading their travel and passenger experience, from airport upgrades to fleet renewal and refurbishment, and the 789 is newest addition to that effort. With United recently unveiling their new business class product, and Delta continuing to lead the Big US3 in passenger satisfaction, American isn’t just sitting idly by; indeed it’s making a strong stand in improving the passenger experience.

Did you notice that the 789 will NOT have a Business Class bar like the 788? Here’s how it’s mentioned on the AA 789 landing page, “Walk-up bar stocked with snacks and refreshments — a first for any U.S. carrier (only available on 788 flights)”. I hope this is a mistake. If this is the case it’s a major downgrade and shows further product inconsistency.

Thanks for pointing out the updates, looks like a lot of changes to the 789 page. I’ll be curious as to how the entryway will look, if there’s no bar. Sad to see it go, but let’s see how they handle it.

Fell out of bed feeling down. This has brtegihned my day!

The little loophole for flying Premium Econ for main cabin prices (for EP and Platinum) is huge. Just booked DFW > CDG for 90K points r/t (for two) and was able to select the Premium Economy product from the seat map. What a great loophole, closing next April!

It’s great! When will it fly to-from Santiago, Chile?