Don’t look now, but United has been quietly making moves to earn some AvGeek cred. Earlier this year we wrote about the solid flight simulator game on their app. And this month they launched another aviation-related game. “Cleared to Land” is an air traffic control sim where you draw paths for aircraft inbound to an airport, until the airspace gets so crowded that you mess up, planes crash, and the game ends.

You’ll likely notice the resemblance to the original game of this type, Flight Control, which was all the rage in 2010. (And yes, realizing that game is over a decade old made us feel old too.) Flight Control’s developer FireMint was bought up by EA and the game faded away. But there have been a few similar games launched like Planes Control, whose developer RarePixels co-developed Cleared to Land with United’s in-house entertainment team.

Cleared to Land has one main difference from its predecessors: instead of nameless aircraft icons, you’re directing the current and rising stars of United’s fleet. And it’s interesting to see which planes they picked. The only representative of the current fleet is the Boeing 787-9. It makes sense to include the Dreamliner as the most technologically advanced member of the current fleet, though is a bit of a snub for the 777-300ER. The inclusion of the Airbus A321XLR is a nod to how important that long-haul narrowbody will be in replacing the airline’s aging 757s in the years ahead. The rest of the in-game fleet is comprised of the exciting up-and-comers United has invested in: Archer’s electric VTOL project, Heart Aerospace’s electric regional aircraft, and the Boom Overture supersonic aircraft (though American recently stole some of the Boom thunder).

To try Cleared to Land yourself: (1) make sure you have the United app installed, (2) make sure the app has been updated some time in the last few weeks, (3) hit the “more” button at the bottom of the home screen, and (4) go to Game Center.

Cleared to Land is a little less ambitious than United’s flight simulator game, but definitely more approachable, and arguably more addictive. We’ll be glad to kill plenty of inflight time playing it.

We wonder if United’s salvo of flying-related games is a loose tie-in related to its Aviate pilot training program. In fact, there’s a banner for the Aviate Academy at the bottom of the app’s game center. There’s a huge need for new pilots right now, and the academy gives United a streamlined way to bring new trainees directly into the fold.

Give Cleared to Land a try and let us know what you think in the comments section below.

Last week, without any fanfare, United Airlines updated its app. No big deal, right? Well this new update includes a flight simulator game! We played it. And while it’s no Microsoft Flight Simulator, for an app-within-an-app it’s pretty great.

Once you get your app updated, you hit the “More” button on the bottom tab, go to the Game Center at the bottom of the “For your flight” section … and voila there it is, sitting next to Sudoku.

The game puts you in a Boeing 787 Dreamliner in the skies above San Francisco — the only plane and setting the game offers (for now). But the terrain graphics are solid and the aircraft model itself looks great. The game starts with a set of tutorials, which get you used to the controls. You pitch and roll by tilting and angling your phone. As the tutorials progress you can take control of the throttle, flaps, and landing gear as well.

All of the simulations are landings, but the variety of approaches, times of day, and weather conditions including wind and fog provide some variety. The default view is from inside the cockpit through a HUD, though you can also station yourself outside the plane.

We don’t wade into pandemic talk too often here at AirlineReporter. This place is our escape from pandemic-related troubles, and we hope it is for you all too. But every once in a while our radar picks up a news update that’s hard to ignore.

United made big waves last year by being the largest major airline to mandate vaccination for all its employees. My day job as a hospital-based medical resident in New York City has shown me firsthand how powerful vaccination can be in saving lives. So consider me very pro-vaccination. Still I imagine it isn’t easy for leaders of large organizations to impose mandates, even when they’re confident it’s the right thing to do.

Earlier this month United CEO Scott Kirby published a letter to United employees for the New Year. In it, he mentioned that thanks in large part to the vaccine mandate, the company has zero employees admitted to a hospital with COVID, despite 3,000 employees currently positive for the virus. That was compared to the pre-mandate days, when more than one employee a week was dying, not to mention the others who were in the hospital with severe infections. It’s a huge win for employees’ health, and also for the airline’s passengers in terms of reduction in viral exposure. 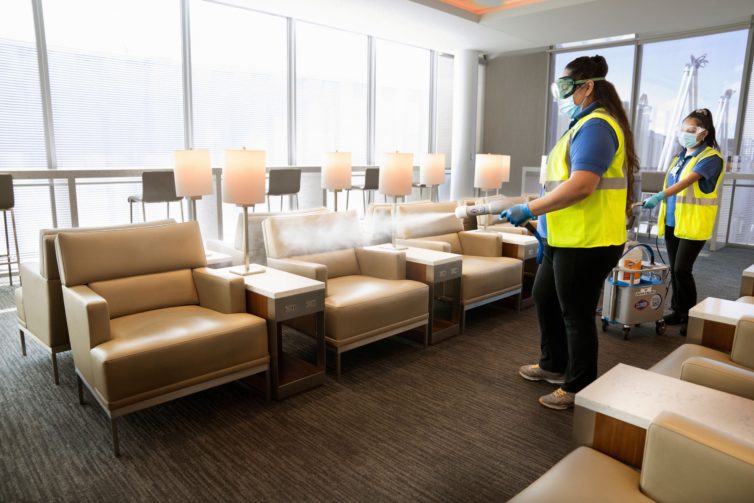 I can’t imagine a more powerful data point to support vaccination in the air travel workforce. As someone who has seen a lot of people die of the virus right in front of me, I’m grateful to United and any other airline that makes bold choices for the sake of health and safety. And my particular thanks to the airline employees and other workers getting vaccinated and keeping our air travel infrastructure going during these crazy times. Hopefully thanks to public health measures like vaccination, I’m more likely to see you in the skies than in my hospital.

We welcome you to share thoughts in the comments section below. Please keep things civil. Debate about employee vaccination mandates is reasonable as part of a free discourse, but do not post frank pseudoscience.