Would you believe me if I told you that for under $300 you could fly aboard a posh executive jet? It’s true, thanks to the folks at the promising new upstart airline OneJet. Here’s their [very compelling] pitch: Due to airline consolidation and the resulting proliferation of hub-and-spoke networks, business travelers between many medium-sized city pairs are without non-stop service. Enter OneJet and their seven-seat Hawker 400s: For slightly more than a two-legged economy ticket with the other guys, passengers can ride direct, in style, aboard a modern lavish business jet.

When I first learned of OneJet via my friends at Milwaukee’s General Mitchell airport I was cautiously optimistic. I immediately began researching the company, its leadership, and business model. Far too often in this cutthroat industry with historically razor thin margins, things which seem too good to be true, simply aren’t. Or at least they don’t last. Imagine my surprise when I learned that OneJet has a cast of longtime industry veterans on board as their leadership and advisory team. Big names like Fred Reid, who after being being the president of Lufthansa went on to lead Delta and later become the first CEO of Virgin America. And not just airline leaders, but governmental leaders as well.

Boarding from the ramp. The carpet was a nice touch – Photo: JL Johnson

John Pistole, former TSA administrator, and John Porcari, former Deputy Secretary of the U.S. Department of Transportation. Combine these diverse industry leaders with others, each bringing decades of experience from other airlines, and it’s tough to discount what they are trying to do.

OneJet had attracted my attention and I needed to know more. There’s no better way to get to know an airline than to experience it first-hand. Their inaugural flight between Milwaukee, WI and Pittsburgh, PA was in just one week; a few hours later I broke down and bought my $283.10 ticket 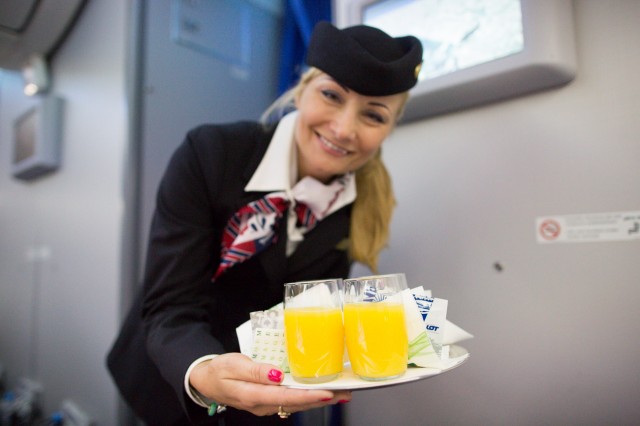 Having already sold off all but one of their Boeing 767s by the time of the grounding, the carrier was left up a big creek with a very small paddle. With long-haul operations effectively crippled the carrier hemorrhaged cash to the tune of $50,000 per day for months on end, eventually ending up broke earlier this year. LOT has been taking government loans consistently ever since, and has already admitted that if Boeing doesn’t compensate them for the loss in revenue they are already looking at dire financial straits for 2014. 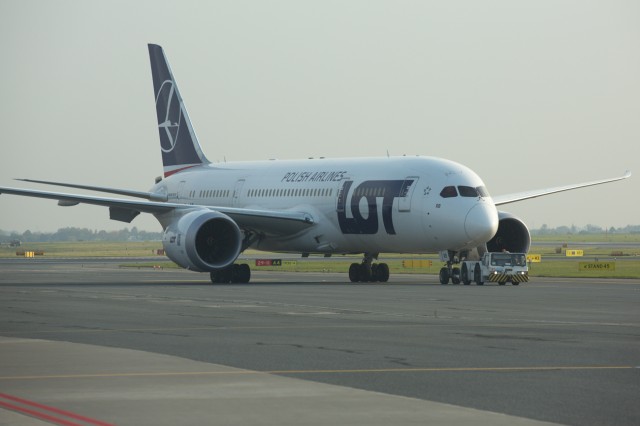 Terminal one at New York’s JFK Airport isn’t exactly the airports crowning jewel, but it’s hardly the worst of the bunch either. LOT Polish’s check-in desks are located just below and to the left of the AirTrain entrance, making it an easy find. Premium economy passengers have the option to check in for the flight in at the business class desk, where a friendly LOT employee made check-in quick and easy.

Despite having a fast track security status it took almost thirty minutes to wind through the lanes. Obviously not LOTs fault, but the coach lanes moved faster. Post-security, premium economy passengers can enjoy the Lufthansa lounge at JFK’s Terminal One: this was not clear to us however, and we missed it.