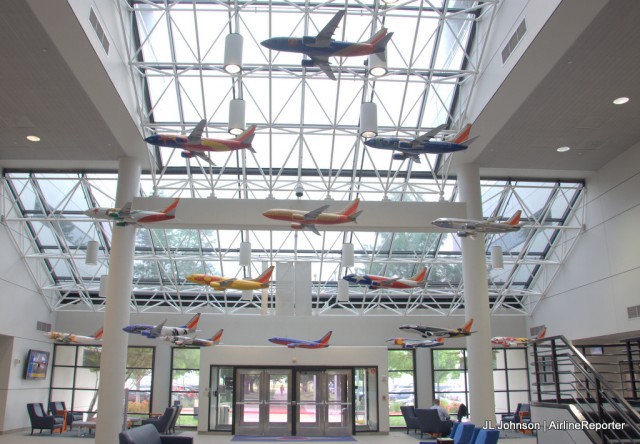 I have a hand-full of friends who work for Southwest and follow a bunch of their employees on Instagram who occasionally post photos from the inside. My desire for a visit intensified when I became aware that the company had recently opened a large addition to their Dallas footprint, just across the street from their long-standing centralized DAL-based HQ. The building, affectionately known as TOPS (for Training and Operations Support), drastically expands the company’s capabilities and makes room for employees of the largest domestic airline to spread their wings.

After 12 years in corporate America, I have become a self-described boring, stodgy, business-type guy. I think that’s one of the reasons I am so attracted to Southwest’s culture.  Because, it’s tough to not have a fun time around people who clearly enjoy their careers and are vested in the mission of their company.

It was late, we were all tired, and I think it’s fair to say the cabin had let their guard down. This unexpected bit of humor solicited a chuckle from me and a large portion of my 737-trekking peers. It’s these small, unexpected, fun experiences after a long draining day of meetings, charts, and presentations that I have come to rely upon as a part of my decompression ritual.