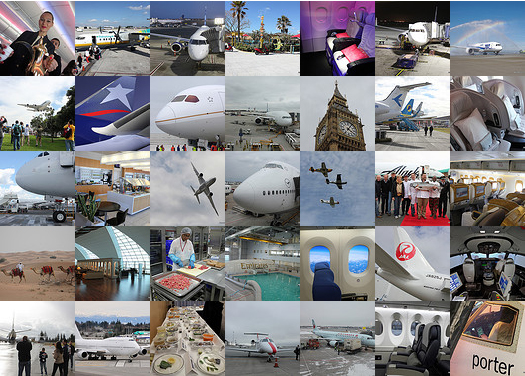 Another great year for AirlineReporter.com. Over 90,000 miles were flown to bring you some pretty cool stories for 2012. Long ago, I started the tradition of looking back at some of the biggest and best of the year — so why stop now? I know… it is so original to do a story like this, but I am kind of curious myself and often there are quite a few surprises.

Top 5 Viewed Blogs
Strangely, my top three viewed stories of 2012 were actually from 2011 and 2010. Really, this topic is about stories written in 2012, but I will share that the top three over all were: How to Get a Good Seat on Southwest Airlines, Taking a Tour of the Boeing 747-8I and My Review of Singapore Airlines Airbus A380 Business Class. For those written in 2012:

Top 5 Most Commented Blogs
One of my favorite parts of the blog are the comments and discussion that take place. I am constantly learning about aviation and the airline business and many of you are happy to share your own wisdom and insight. It isn’t too shocking to see that two of the most read blogs also have the most comments.

My Top 5 Blogs
Traffic does not always mean quality or a story is one of my favorites. Of course to choose only five is extremely difficult to do. Here are my five personal stories/experiences of 2012 (not in any particular order):

Top 10 Cities and Countries Reading the Blog
Congrats to Seattle for taking the lead for the city with the most people reading the blog. I am sure that fact that I live in Seattle, have the Seattle PI syndication and that Boeing and Alaska Airlines are based here surely helps. Shocking that I still have had no readers in North Korea. Here are the top 10 cities and countries that read the blog in 2012:

What is coming for 2013? Some pretty cool stuff is already being planned. I already have one of my writers set up to fly on LOT’s inaugural 787 flight to New York and working with a few other airlines on some pretty interesting concepts. I feel that 2013 will be an amazing growth year for the AirlineReporter.com brand and I thank each and every one of you for making that possible.

Happy New Year to you, David. May the new year and flights be wonderful for you, your family and all those involved in the success of AirlineReporter.com.

Happy Thoughts to all!

Maybe a trip to New Zealand or Australia could be on the cards for 2013!?

Happy New Year David! I want to say thanks to you and everyone else who makes airlinereporter.com such a great page. I”m looking forward to seeing what”s new in the industry as the year progresses. Best of luck!
Sean