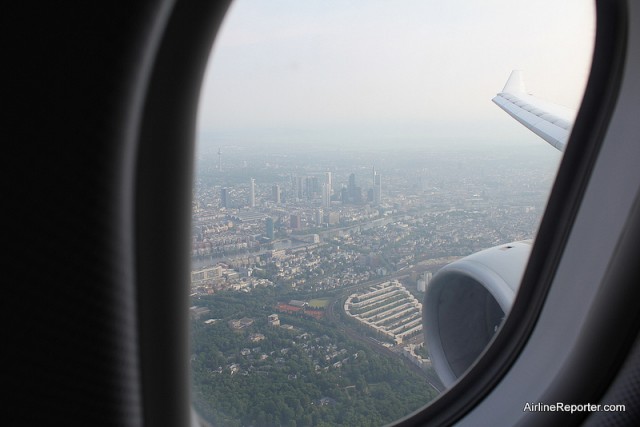 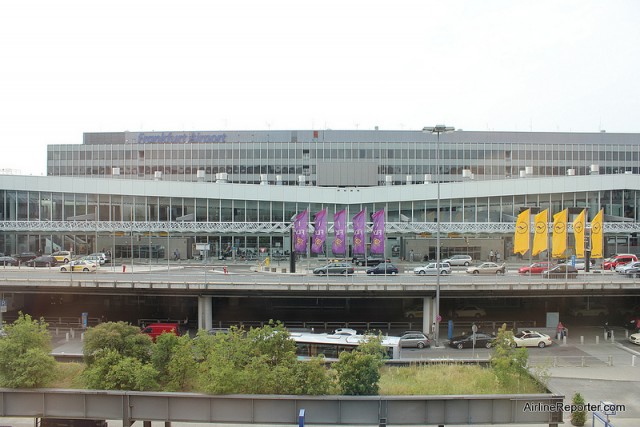 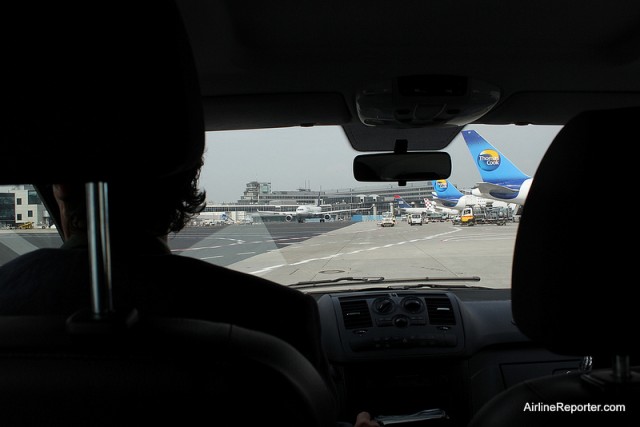 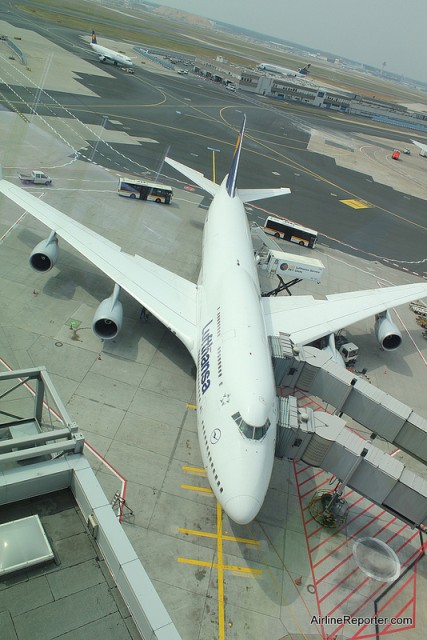 By noon, we were back at the hotel to meet with our media group, who was led by Martin Riecken, Director Corporate Communications The Americas, Lufthansa Airlines. Events like these are a home coming for aviation journalists.Â  You can imagine there is always non-stop, great conversation going on with a group of folks who write on aviation and travel. 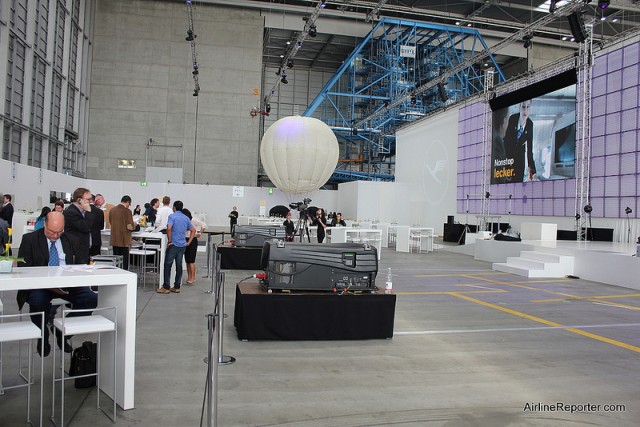 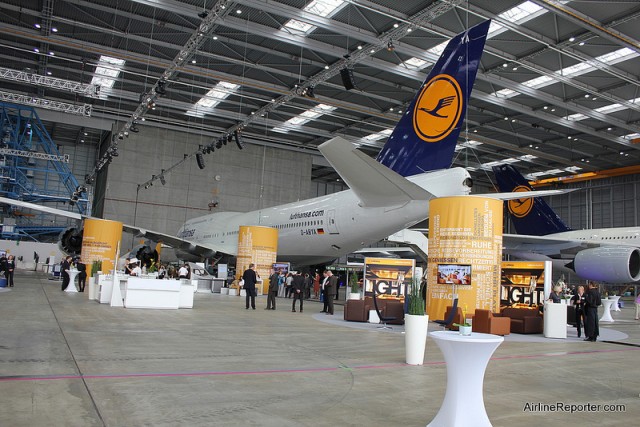 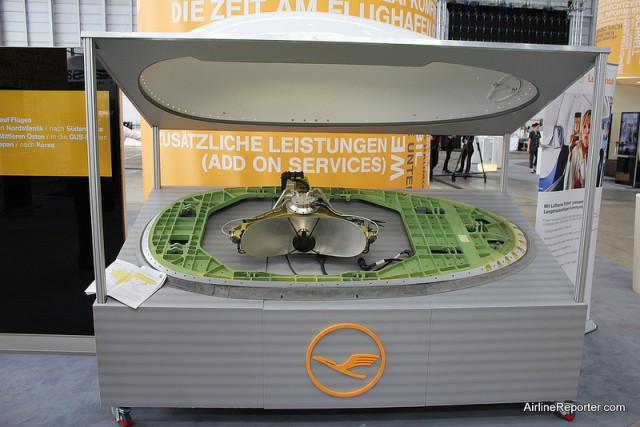 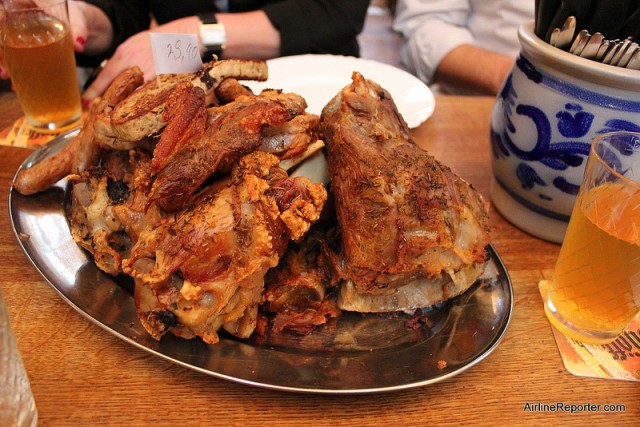 Our media group went to dinner at Apfelweinwirtschaft Wagner, where I got to have my first apple wine. It tasted like apple cider, without the bubbles and hefferveisen — it might be a bit of an acquired taste. I was hungry, but no worries. A platter with a farm-load of animals on it was delivered to our table. Probably not the best call for anyÂ vegetariansÂ out there, but it worked great for us. 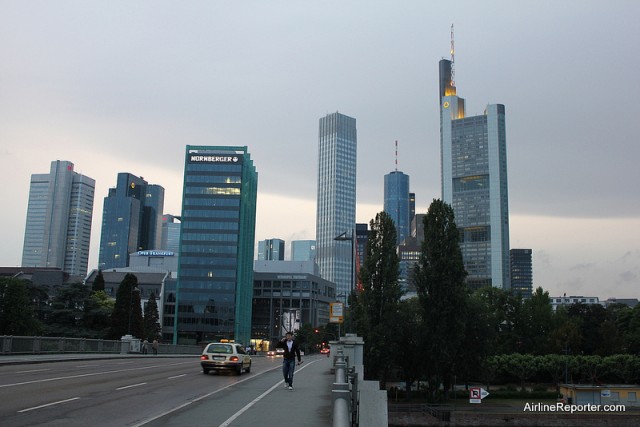 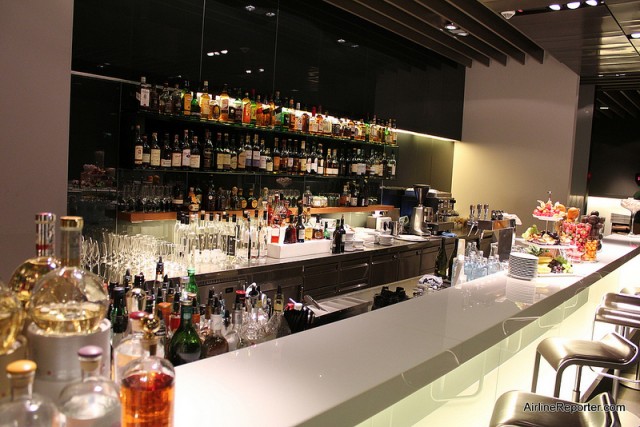 When I finally returned to my hotel room after 11pm, I was more than ready to get some sleep. It wasn’t easy getting a good night’s rest with the excitement of my flight the next day, but it didn’t make getting up at 6am easy.Â  We all met in the lobby at 7:45am and made our way to the lounge at the gate. 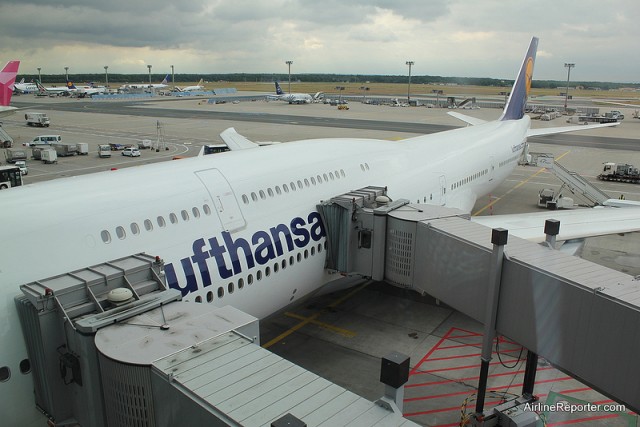 https://www.airlinereporter.com
Airline Livery of the Week: Sky Express – Is that a man on the tail?
Classic TWA Boeing 707 Commercial Promoting Milk
4 Comments

So I have to be an aviation WRITER to get all that behind the scenes stuff? :c and no pictures from my home airport either?

Oh, and that WiFi antenna might be one from now defunct Connexion by Boeing. Seems a California company, Row 44, bought up the rights, but use a newer style, but similar hump.

Interesting and informative article – I especially enjoyed the photos of the Frankfort facility and the local area. As a programmer for Flying Tigers (FTL) back in the early 80’s, I spent several weeks at the Flying Tiger facility in Frankfort re-programming some IBM computers at the site. After a steady diet of German cuisine, I complained one day that I was having a “Big Mac” attack (This was before the days of world-wide franchising.) The local Tiger manager grinned, and said “OK, I’ll take you to lunch today.” He drove me across the airport to the FRA passenger terminal that contained, to my delight, a full service “Mickey Dees!” As I recall, it was one of the very early McDonalds opened outside of the United States – I must have made at least a dozen trips over to those Golden Arches in the ensuing weeks….

Thanks for bringing back some fond memories.