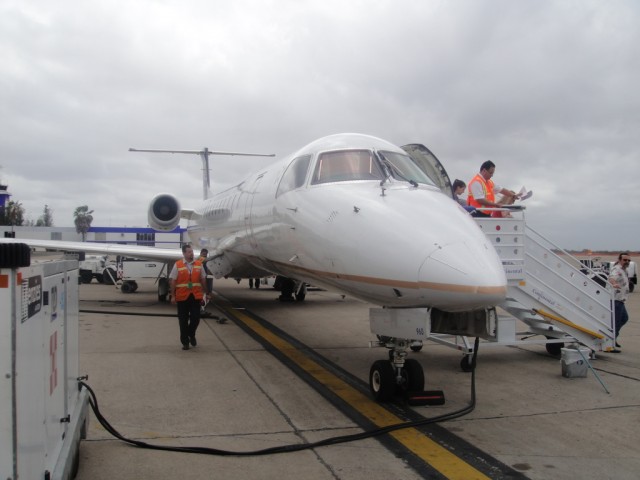 An ERJ is not the most luxurious aircraft to take an international flight on, but it works.

I have wanted to get something off my chest for a while: I used my Passport for the first time ever in 2010. It is a bit embarrassing to admit that, but I hope I can motivate some of you to travel.

When I was a kid, I had a Passport, but never used it. Then, I didn’t get another one until I was almost 30. Now, I had been to every state in the US by the time I was an adult and had visited Canada and Mexico, but never flew internationally. I had a few opportunities, but wasn’t really motivated to take the trip.

My first international flight, was on a Continental ERJ-145 from Houston to Mazatlan, Mexico in May 2010. My second international flight was from San Fransisco to Toronto on a Virgin American Airbus A320 in July 2010. Some might argue that both of those flights are barely international and I somewhat agree. My first flight out of North America was from Los Angeles to Tokyo on a ANA Boeing 777 in October 2010 (on my 30th birthday actually). 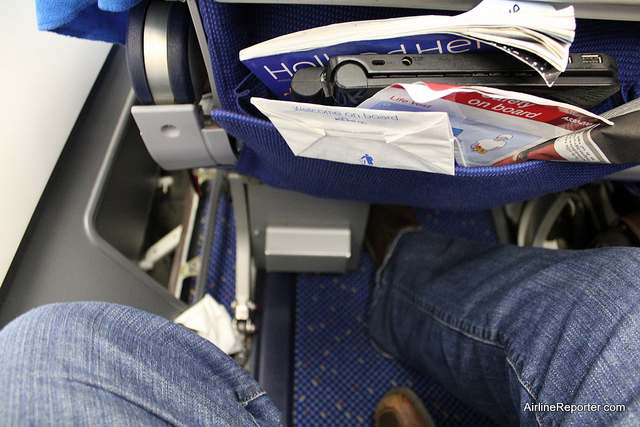 Spending 20 hours in economy on my way home from Rwanda wasn’t the best experience, but TOTALLY worth it.

Since then, I have filled my Passport up quite nicely with trips to Singapore, Rwanda, Frankfurt, Dubai, London, Chile and a second trip to Tokyo.

So why am I admitting all this? To hopefully convince those of you who have dreamed of flying internationally, to take the plunge and do it. I know that most of you reading my blog have probably already taken the plunge, but for those who have not done it in a while or never before, let me tell you that it is worth the effort.

Yes, I am very lucky where many of those trips I did not have to spend much of my own money. But, I still have to pay for some things and had to pay quite a bit for my recent trip to London. That is because once I got the taste of travel, I have changed the way I spend and save my money to allow me to go on future trips. Do I need a fancy car? Nah, I rather drive one that isn’t so fancy and save that money for travel. 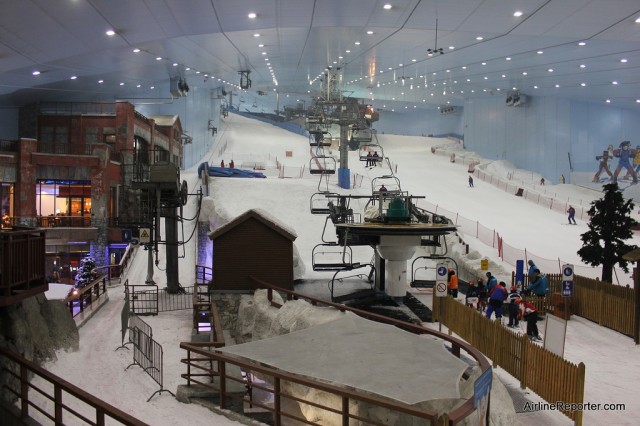 Getting out of the house might means you get to ski in the middle of a desert. Indoor skiing in Dubai.

Before my first international experience (outside of North America) I have to admit that I was a bit scared and did not know what to expect. Especially, when my first real experience was heading to Japan, where I do not know the language. But the world has become global and with a little work, one can normally find someone who knows English or willing to figure things out with pointing to things.

I also really think the smart phone has made traveling so much easier. I am constantly using my iPhone to translate signs, look up where I am going and even to communicate with others. It has made going to a foreign land, so much easier (and less scary) to navigate, even for the novice.

I challenge you — make a plan to take a flight somewhere. If you have not traveled internationally before, no matter your age, do not be afraid to admit it. You will find people will want to help give you advice and motivate you to go on an adventure. 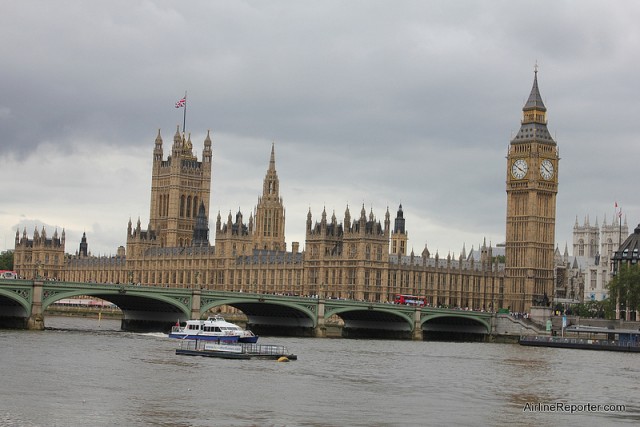 Start out easy. Go to a country that shares your native language. BTW, Big Ben is not THAT big.

I am by no means a travel expert, but there are plenty of people and resources to use out there. I hope to be the cheerleader to push you to explore the world. Unfortunately most of my trips are just a few days and I am not able to get a full taste of the culture, but there is no question that my travel has opened my eyes to new thoughts and ideas that have changed and enriched my life.

So, now that I have admitted that to all of you, I would like to know where are your favorite places to visit around the world and why? I need to start planning a future trip.

Big Ben is actually the name of the bell and is big. The clock itself is the largest 4 faced clock in the world.

I’ve noticed that Americans who have been out of the country have something just a little different about them. Bravo.

To be honest, I know I had a chip on my shoulder being from “the best country in the world.” Sure, the US is pretty awesome, but there are many other awesome countries out there. Each is a bit different and has amazing aspects. Yet, I think many Americans are raised to think that the US is the best of the best in every single category.

Awesome and super motivating stuff David. Travel opens minds, doors and hearts to new experiences and people in life. Especially for us aviation geeks out there. Let me know if you got any plans for Europe or Asia in the next few months, haven’t seen yo face in forever!

I love going to New Zealand. Great food, same language(more or less)and great scenery. And you get to drive on the wrong side of the road. The people are extremely friendly and helpful to outsiders. The relatively small size makes it easy to enjoy the diversity of the country. The exchange rate helps a bit, too.

Singapore is the only international place I have really been (but I’ve been there four times since late 2009). It is a nice splice to go because it is fairly cheap compared to other Europe/Asian destinations and the official language is English.

That’s honest of you to admit. I must say you visited quite some nice and far away countries!
What was your experience like with KLM and Amsterdam airport? Since I noticed the Holland Herald and the KLM blue blanket on the picture 🙂
Personally I have to admit I didn’t travel to the U.S. yet, but if the time and money are there I will definitely book a flight to Seattle (for av geek reasons).
Dutchman Maarten

Took off to Buenos Aires several years ago. Looks a lot like European cities, very beautiful. Walk through San Telmo district and watch couples do the tango. Eat a great steak at a local restaurant for cheap due to the exchange rate (3 peso to the dollar at the time). Took a 2 day trip from Buenos Aires to Iguazu Falls via Aerolineas Argentinas (2 hour flight) then stayed in the only hotel in the park overlooking the falls, a Sheraton.
The hotel overlooks the falls and they are quite spectacular! Wooden walking bridges surround them and you can see interesting wildlife also.
Took a speedboat trip up the river to the falls…much fun!

Thanks for sharing. Makes me feel better to travel.

but you lot (US) need to travel more…

that’s why your country…has major problems!!!!

David,
Our favorite is the West Scottish Highlands, northern Wales, and almost any area outside of London in the UK. My most interesting trip overseas was to Belfast during “the troubles.”

I carry my Canuck passport everywhere, even here at home. The one I now carry is my fourth (fifth??) and I renew it as soon as I need to every time. IF I recall correctly, more than 70% of we Canadians hold a passport; an average higher than many countries I think. You folks in the US are even luckier with yours – they are good for ten years, while ours are effective for travel for just over four, when you consider the 6-month prior to expiration rules most other countries impose upon visitors.

Great article David! My international travel experience comes from the time I served in the Navy in the 90’s. During our six month deployment to the Persian Gulf region we stopped in Japan, Singapore, Dubai, Oman, Bahrain, Perth and Sydney Australia. I was very grateful for the experience.

Unfortunately I have not been able to travel out of the country since leaving the Navy. I am pretty confident that I will have the opportunity to make it to Europe in my current job.