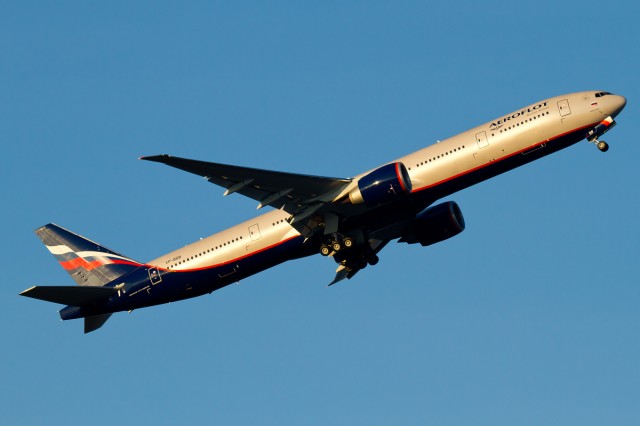 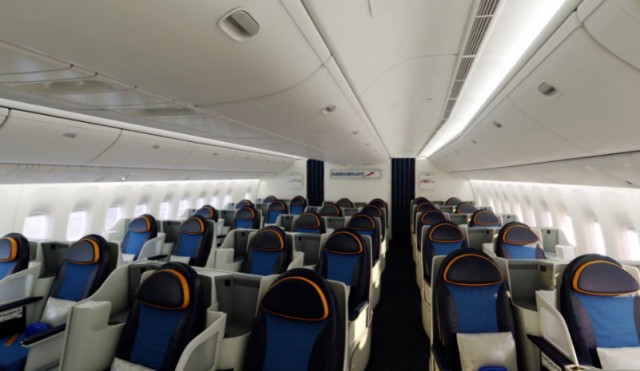 The Interior looks awful both business class and economy business class reminds me of that old TV show space 1999. What where they thinking hose things hanging down in first class are they reading lights or microphones ? very odd

From what I have seen, those reading lights have become pretty common. I also find that there is a lot lost with the computer generated interiors vs what they look like in real person.

I agree with you on the livery, it looks great! I am glad to see Aeroflot is updating their long-haul fleet with the 777.

I also like the livery, though I think the Aeroflot text could be bigger given the size of the canvas.

I’m not loving the yellow and blue interior colour scheme though, particularly in coach.

Great looking plane. As a former employee of Boeing Commercial Electronics, in Irving, Texas till the sale to BAE Systems in 2003, I am Always amazed by the Dedication of Boeing employees, and the pride they take to make the best airplanes in the world. “If It’s Not Boeing, I’m Not Going.