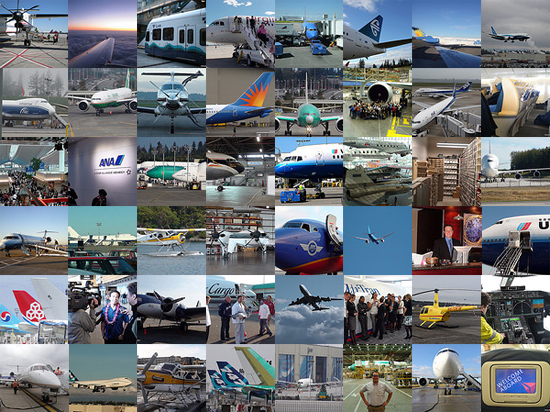 I am not a huge fan of “Top ___” lists nor “Year in Review” stuff, but I was curious how the year went for the blog overall and decided to share. Looking back at my Flickr photos, I am amazed at all the wonderful opportunities I have been able to share in 2010. It seems you enjoy seeing and learning, since traffic in December 2010 compared to December 2009 was up almost 200% and traffic from all of 2009 compared to 2010 is up almost 900% — that is very exciting. As I go through the yearly stats here are some interesting ones I wanted to share:

Top 5 Viewed Blogs
It is difficult to get an exact count and I am a bit too lazy to 100% figure it out. With the Seattle PI syndication, email list and RSS feed, they might change these numbers, but this is what I am going with. Here are the top 5 viewed stories read just on AirlineReporter.com (in order of popularity):
1) PICTURES: Boeing 787 Dreamliner Flying With a Boeing 40C
2) Airline Livery of the Week: Full Allegiant Air Livery on Boeing 757
3) PHOTOS: United Airlines Boeing 747 Buzzes Over the Golden Gate Bridge at FleetWeek
4) VIDEO: United Airlines Boeing 777 Painted in New Livery
5) Checking out Air New Zealand’s New Interior on Their First Boeing 777-300ER
Having a story that spikes in traffic is always a good thing. However, it can be frustrating when I can spend time traveling, my own money and work hard to write up a blog and it gets very little traffic. Then I can post some photos or a video that took me 5 minutes and it turns out to be some of my biggest traffic. Eh, I see it as the high traffic blogs support some of the more interesting blogs. United’s new livery has been very popular and there are a few more of those blogs in the Top 10 for the year.

Top 5 Experiences
Sometimes I have great experiences that might not turn into the most read blogs. Picking only five wasn’t easy. This year, I got to ride in helicopters, see the inside of a Starship, tour Delta, trained with AirTran flight attendants, flew up to the San Juans and much more. I chose these five based on giving me the biggest smile when thinking about the experiences. Here are they are (not in any particular order):
1) Hanging Out at Oshkosh AirVenture 2010 with Southwest Airlines: Being able to fly in on a Southwest Boeing 737 in the middle of Oshkosh was quite the experience. Not to mention all the marvelous airplanes and people I got to meet there as well.
2) Touring Haneda Airport’s New International Terminal: Who doesn’t like a trip to Japan with All Nippon Airways to look at a new terminal, tour some lounges and eat wonderful food?
3) Video: Pushing Back a United Airlines Boeing 757: This was not planned at all and just sort of happened, but it was a unique experience and one I will not quickly forget. Hard to believe some people get to do this every day.
4) The Boeing Archives PART 1: Touring the Archives: What an awesome experience to be able to tour the Boeing archives and talk with the Boeing Historian.
5) My Interior Tour of the Boeing 787 Dreamliner: Being one of the first people to check out the interior of the Boeing 787 was surreal. It also opened my eyes to how being a blogger is different than being a member of legacy media.

Top 5 Cities Reading the Blog
Being based in Seattle, I definitely have a lot of great readers here. But there are also readers from other places in the world. Some of these surprised me (this is just based on my website, not other feeds):
1) Seattle, WA
2) New York, NY
3) London, England
4) Los Angeles
5) San Fransisco
I also want to give a shout out to Sydney, since they are #6. Readership in Australia and New Zealand has grown a lot over the year and is highly appreciated — G’day and Kia Ora. The blog is truly world wide. I have gotten at least one visitor from each country of the world, except from North Korea.

Top 5 Most Commented Blogs
One of the nice things in 2010 is the increase of comments. I always love it when people give an opinion on something or a conversation starts up. Here is a list of the blogs with the most comments  (# of comments as of posting):
1) PHOTOshop: Boeing 747-400 in New United Airlines Livery (50 comments)
2) CONTEST: How many flowers does it take to lei an Hawaiian Airlines Airbus A330? (47 comments)
3) My First Experience with Body Scanners Gets Me in Trouble with the TSA (43 comments)
4) We Do NOT Have All the Same Body Parts and Body Scanners Violates Your Privacy (42 comments)
5) Should Airlines Refund Tickets in Cases of Death, Illness or Running Late? I Say Nay! (41 comments)
I find it interesting there is no overlap with the blogs with the most traffic and those with the most comments.

Honestly, I can’t believe how great this year has been. I flew almost 50,000 miles for the blog, which is a good thing — hope it to be higher for next year.It has been challenging working an almost full-time job (30hrs/week) on top of the blog, but it is all worth it.

A huge thank you to all the readers, because without eyeballs reading what I write, airlines wouldn’t be willing to work with me to provide unique content. I already have a few things planned for 2011, but I can’t wait to see what happens.

Hi David,
I am a recent follower of your blog, but it’s fun to read your blog, and I especially liked the Boeing Archives series. Keep up the good work.

I would just like to say: “Happy New Years to you, David!” I enjoy your blog, and will continue to enjoy it throughout 2011! 🙂