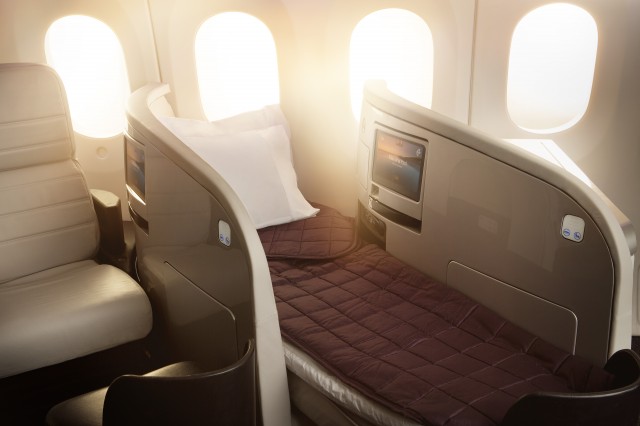 Starting October 15th of next year, Air New Zealand will operate the 302-seat 787-9 Dreamliner aircraft on its Auckland-Perth service. The 787-9 will then be introduced on Auckland-Tokyo, followed by Auckland-Shanghai.

The front of the aircraft will feature 18 Business Premier seats, identical to the ones currently aboard their 777-300ERs, in a 1-1-1 layout. 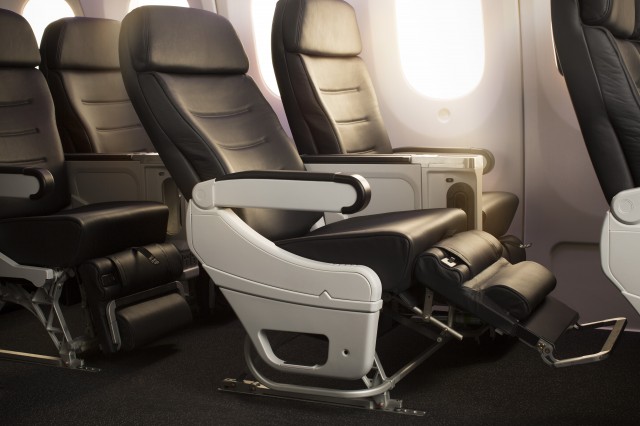 The change in cabin is most noticeable in the adoption of a new 2-3-2 premium economy layout. The seat, made by U.S. supplier Zodiac, is specially-modified for Air New Zealand.  There will be three rows, for a total of 21 of these seats.

BONUS: Review of Air New Zealand’s Premium Economy on a 777-300ER Without Going to Auckland

Furthermore, Air New Zealand has decided to market their premium economy not as “premium economy”, but rather as “business lite”.  Air New Zealand worked with Zodiac to design a more flexible headrest, sculpted upholstery, and a slimline seat-back to increase personal space. The “up-market” strategy does make me wonder if airlines are starting to see Business Class as the new first and Premium Economy as the new business, bringing more definition to “three cabin” airlines without first.

It’s important to note that this will not be a replacement of the premium economy on their 777s, but a new addition to the 787. The 787 is being used to replace the airline’s older 767s, which currently operate with a two-class cabin.  “The 787-9 is a flexible mid-long haul aircraft which will replace our current 767 fleet and with this in mind we have introduced a new Premium Economy seat for the aircraft which we think is best described as business lite,” An Air New Zealand spokesperson explained to AirlineReporter.com. 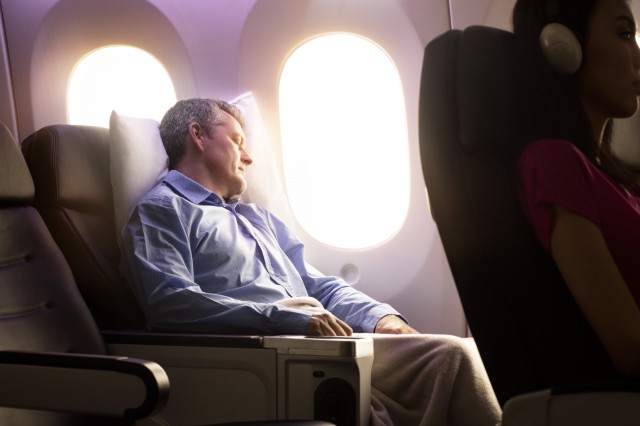 Lastly, there will be 263 seats in Economy, including 14 rows of Air New Zealand’s unique “Skycouch” economy-sleeper product. You might know it better as “Cuddle Class,” allowing you to get a little close with your seat mate.  If you are traveling alone, you may still partake – though, in such instances, NZ should really consider providing a stuffed animal or equivalent, lest the marketing name be incorrect!  It’s worth noting that it isn’t exactly a king-sized bed.  The length of the “bed” is under five feet, and its about three feet wide.  Still, it’s better than nothing! 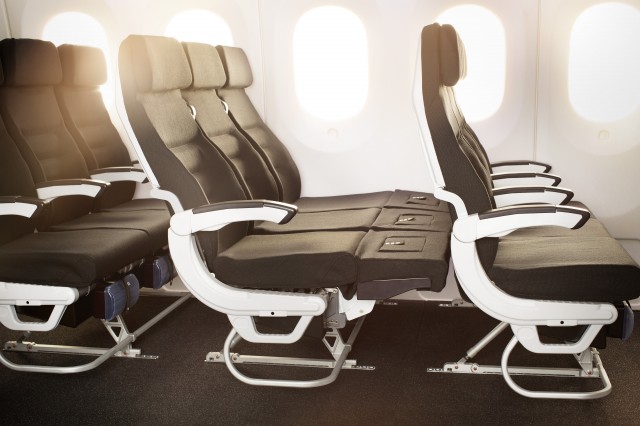 It seems that the airline is happy to start using their new Dreamliners. “The 787-9 is a true game changer for Air New Zealand and is a key part of delivering on our Go Beyond growth plan and bringing consistency to Air New Zealand’s international fleet,” the airline stated. “Not only is the 787-9 around 20 percent more fuel efficient than the aircraft it’s replacing ’“ it also sets a new benchmark for passenger comfort.”

As with every aircraft interior, press photos and renderings never really do them justice. I’m very excited to see what this is like on an actual 787-9!

Sweet. Flying into my home town on its first route. Might take the day off to see it land. 🙂 I love Air New Zealand’s product. Who would think a little airline at the end of the earth can be so innovative. Qantas could learn a thing or two from them.

What happened to the Blue Paint Scheme ?

What is the date of the first flight to perth so i can go see it land??? Yes i agree qantas can learn a few things from them.

As an expatriate Kiwi I am of course proud of Air New Zealand and always use them going back and forth to my homeland.Qantas and Jetstar need to lift their game to compete with their cousins across the ditch !