Conceptual image of a Boeing 787-9 in old Air New Zealand livery. I wouldn’t be surprised to see a special livery on their first 787-9. Image from Boeing.

“It’s hugely exciting to see the first ever 787-9 taking shape because of the significant growth opportunities these aircraft present for our business.Â  Having 10 new long haul aircraft enter our fleet over the next four years means we will be able to add more capacity and greater frequency to existing destinations, as well as explore new destination opportunities throughout the Pacific Rim.”

The 787-9 announcement comes on the heels of Boeing rolling out their first 787-8 at an increased production rate to 7 per month and on track to reach 10 per month. 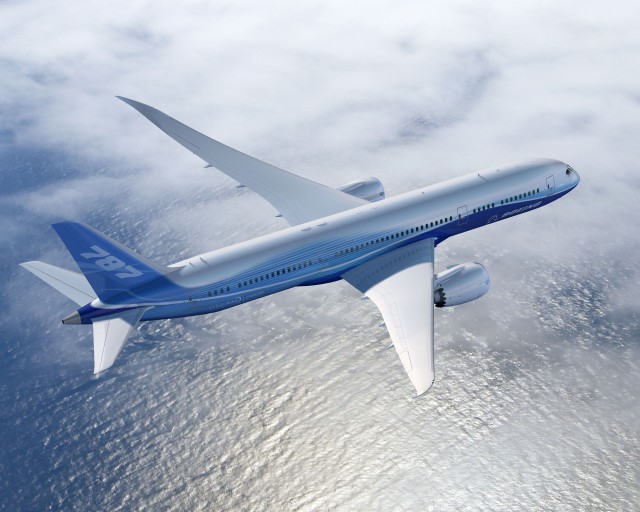 Computer image of the 787-9 from Boeing.

Also, All Nippon Airways (ANA) has announced that they will start flying their 787-8s starting June 1st from Narita to San Jose, Haneda to Taipei, Narita to Bejing, Haneda to Frankfurt and Haneda to Beijing. They will also start 787-8 service from Narita to Shanghai on August 1st and begin service back to Seattle from Narita, but using a 777-300ER instead of the 787.

BONUS: In January, ANA had inaugural 787 flight to San Jose — it did not last long

Osamu Shinobe, President and CEO of ANA, said â€œWe are pleased to announce that ourÂ 787Â aircraft will be reintroduced on scheduled flights from June onwards. ANAâ€™s priority is the safety of our passengers. Our engineers have worked closely with Boeing to undertake the required improvements and we are fully satisfied with the safety of ourÂ 787Â fleet.â€

Being someone from New Zealand I can say that Air New Zealand announced a new livery last year instead of teal and blue it will be black. Also the words are to be italicized.

But I would expect that ANZ will also put a special livery on their first 787 that is not just their standard fare.

WOW! The new -9 series 787 will look amazing. Seems like much better proportioned. Reminds me of the “visual imporvement” between the 772 and 300-series.