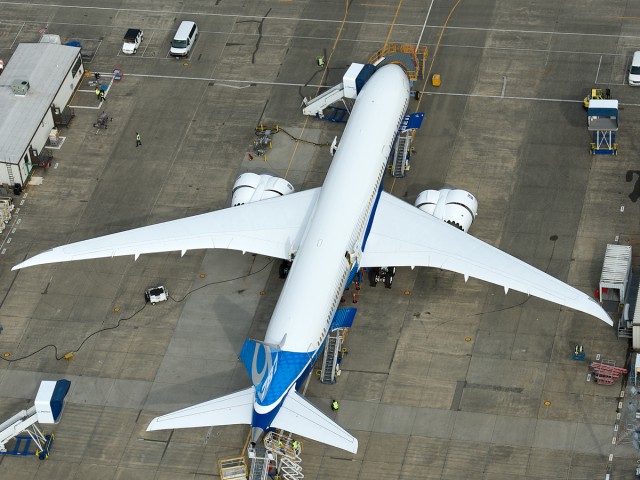 Since the 787-9 is similar to the 787-8, which has already received certification, the amount of testing on the 787-9 won’t be as significant. On the what/when/where/how of those tests, Boeing tells AirlineReporter.com that details will be released, “when we’re closer to first flight.”

According to Air New Zealand, “the first two 787-9s being built will be used as test aircraft before being refitted to join the Air New Zealand fleet.  The third off the line will be the first 787-9 delivered to us.”

https://www.airlinereporter.com
Video: The Airbus Family Seen at LAX from A300 to A380
EPIC PHOTOS: Experiencing Paine Field Aviation Day 2013
4 Comments

It would be great to see a side by side shot of a 787-8 and 787-9 from above or from the side to show the difference in lengths between the aircrafts.