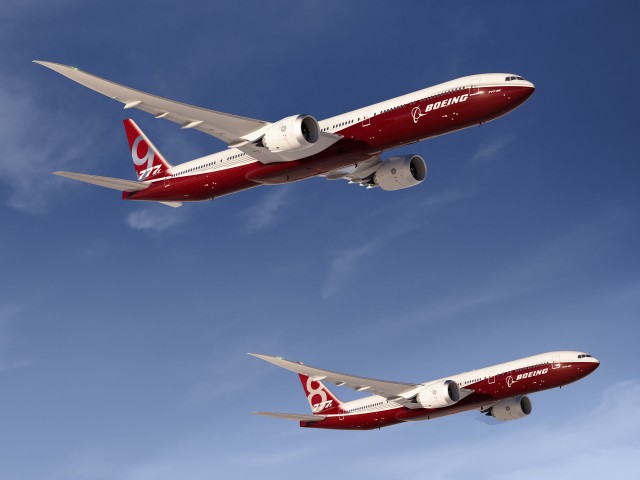 The first day of the 2013 Dubai Airshow kicked off with a bang. Â As we slept, Boeing racked up 225 new orders for their newly-launched 777X program. Â With the existing 34 orders from Lufthansa, the official launch of the plane comes with huge order support from customers. Â “We are proud to partner with each of these esteemed airlines to launch the 777X â€“ the largest and most-efficient twin-engine jetliner in the world,” said Boeing Commercial Airplanes President and CEOÂ Ray Conner. “Its ground-breaking engine technologies and all-new composite wing will deliver unsurpassed value and growth potential to our customers.”

The 777X program wasn’t the only Day One winner for Boeing, however. Â Etihad also booked orders for 30 787-10s, which brings their total Dreamliner orders up to 71 – making them the largest airline customer for the 787 and pushing the program over 1,000 orders. Â Mideast short-haul carrier flydubai also made an order for 100 Boeing 737 MAX8 birds. 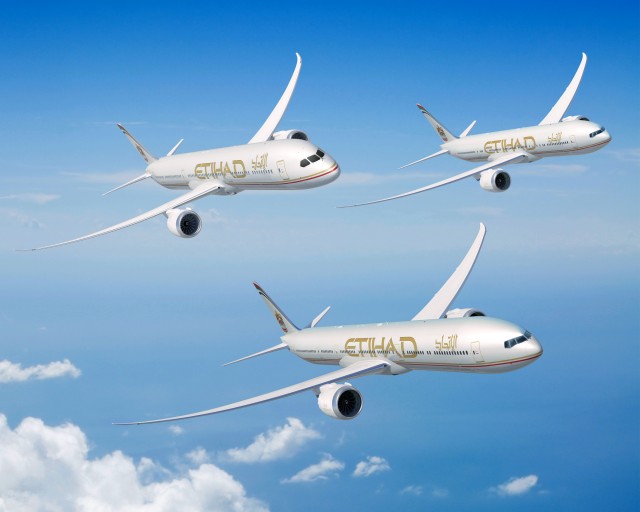 Middle East carrier Etihad will be a launch customer of the 777X series with an order for 25 777X. Pictured with the 787-10, of which they ordered a total of 30 aircraft. – Image: Boeing

Airbus wasn’t left out of the fun on the first day of the show. Emirates, who backed up an armored car for a shopping spree, ordered 50 additional Airbus A380s, planning to use them in slot-restricted airports. Â This brings Emirates’ A380 backlog to 101 planes, making them the largest operator of the type by far. Â Their 777X order of 150 planes (consisting of 35 ultra-long-haul 777-8X and 115 777-9X) marks the largest order in commercial aviation history. 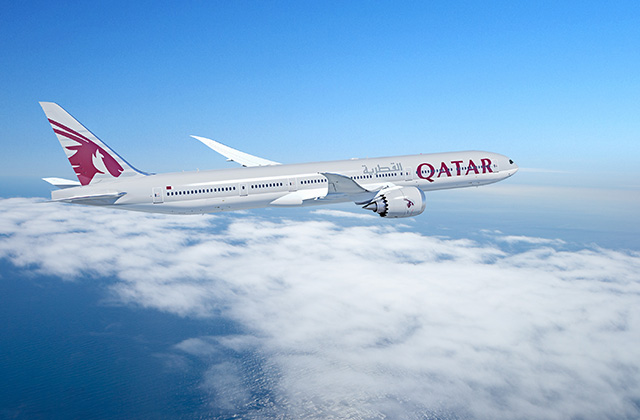 Joining Etihad, Emirates, and Lufthansa in the 777X launch ordering was Qatar Airways, which penned an agreement for 50 of the 777-9X model.

Today was an epic day for Boeing, selling hundreds of billions worth of wide-body aircraft. Â While there are still questions at to where the 777X will be built, it’s very clear where the first birds will be heading. Â With these orders, the Middle East becomes the leading customer for all the modern wide-body programs from both Airbus and Boeing (minus the 747-8i and A330).

We’re anxious for what day two will bring!

Sad to see that No U.S. Carriers have yet to order any of the 777X, or more 787’s U.S. carriers used to be launch customers what happened.?? Oh yea the are busy merging with each other.

American carriers have little use for 400 pax long haul planes. the 777-8 may become the 747-8 replacement