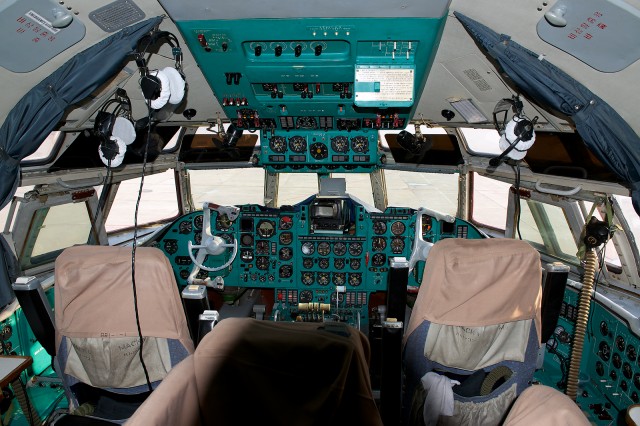 Some people might think our own Bernie Leighton, AirlineReporter Managing Correspondent, is crazy. He has had the opportunity to fly around the world on some old and unique airplanes others might be afraid to step foot on. But Bernie throws caution to the wind and looks to fly on planes that make many AvGeeks jealous. The specialty aircraft he has flown and reported on, via AirlineReporter, include: 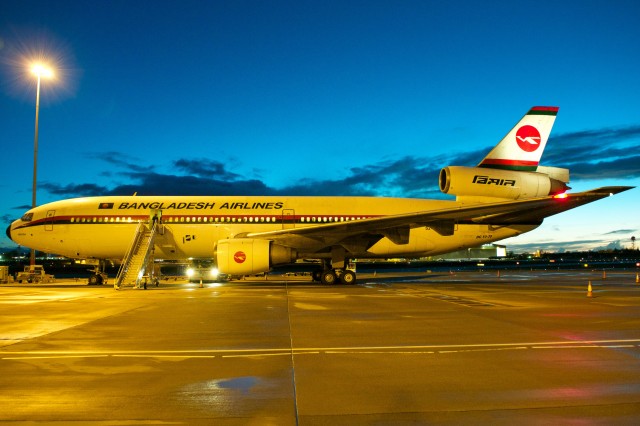 And that is not to mention the ’œnormal’ airplanes he flies on too, like the 747, Q400 and G650. Since he has experienced so many different types of aircraft, I wanted to interview him and have him share his ideas. Here is our interview: 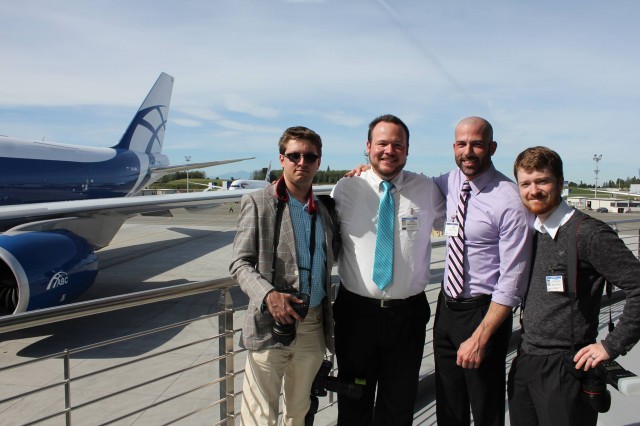 David Parker Brown (DPB): What first got you interested in aviation?
Bernie Leighton (BL): That’s actually a tough question because the answer seems to be that I was born with it. When I was an infant, the house where I lived was – allegedly – on short final into CYYT. Being a mere infant I can’t tell you the exact altitude of the Air Canada 727-233s and similar errata flying over, but my mum says you could easily see the rivets. She also used to tell me stories about the Russian aircraft that would refuel down the highway in Gander. I can’t recall if she told me about their nyanski (Russian cold war slang for the crew member deigned to prevent mass-defection), but I do remember wanting to go see the different planes. There’s never been a time in my life when I haven’t preferred the company of aircraft to people – it’s just how it is.

DPB: What got you fascinated by older aircraft?
BL: Modern twin-jets are boring – so, so, boring. Quiet, boring, routine. There’s no diversity. I fly hundreds of thousands of miles a year (often to go see more interesting aircraft) and it’s rare for me to even get on an A340 or 747. Yes, I will admit it’s nice to not fly at a five degree nose up angle and feel like you are walking up a hill to get to the lav, and it’s true that flying has never been more comfortable (in business and first), but it’s so routine! Even 14 years ago the American skies had some diversity. There were DC-10s, L1011s, F.100s! So many people I talk to are jealous of how much time I spend on 777s. It’s true, they are awesome planes, but if I tell them that I’d gone to Bangladesh to fly on the last DC-10- they’re more interested in the A330-203 that flew me to Dhaka! It gets a bit strange.

I’m not the only one with this problem, I’ve spoken to some people who film their ancient aircraft flights; about five people watch the video of their IL-76 flight (me being one of them). Their video of the take off of a 737? Thousands and thousands.

I guess my point is that aviation history is something that all of us should appreciate more, but I happen to go out and do something about it. It also helps that I love old Russian planes.

DPB: What do you say to people who think you might be a little crazy to fly on these old birds?
BL: It’s one of those things where I’d be sadder if I didn’t. I don’t think I will ever forgive myself for not knowing that there were IL-18s operating in Somaliland- and that I didn’t go there. There are so many planes that I’ve missed out on. I’ll never get to fly on a 707 (though if anyone here can hook me up with a KC-135, I’d really appreciate it), I’ve never been on a Caravelle; all of those aircraft are gone.

They’re not gone because they were unsafe – they’re gone because of economics. In the case of Russian aircraft, you can fix those with a shoe lace and a piece of gum – I argue that operator error and cultural cringe resulting from said error is why they’re slowly going extinct. Y’all are crazy for ignoring the history around you. 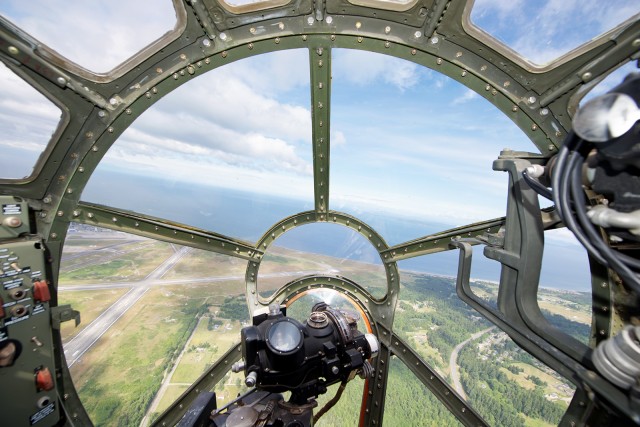 Flying in the nose of a B-29 – Photo: Bernie Leighton

DPB: How do you find these planes to fly on?
BL: It’s often from my social network of fellow crazies. There are about five of us who will travel anywhere, on anything, at any expense, if it means flying on something cool. If they’re not around, some of my adventures come from being goaded by fellow AirlineReporter correspondent Jacob Pfleger. If he has nothing to goad, I go to enthusiast websites and look at photos of Russian planes, or just weird places. If I can find a flight within one of my Frequent Flyer membership airlines, I start planning.

DPB: What was your favorite flight experience?
BL: My all access pass to the IL-76 in Belarus. I love the IL-76, it’s in my top ten favorite aircraft. Being able to fly on one, actually get to go into the Navigator’s station, and open the cargo door in flight – wow.

So loud, I am surprised you can’t hear them through the photo – Photo: Bernie Leighton | AirlineReporter

DPB: You like noise — which has been the loudest airplane?
BL: The Mi-2; I know it’s a helicopter, but that thing is a special kind of loud. The little hardware store ear protectors we were given were the absolute minimum I’d want to fly with on one of those. Any longer flight and I’d have wanted some proper aviation headsets that could knock down more than 23dB. What is most impressive is that the Isotov (Klimov) GTD-350 has over twenty million hours in service. The AN-2, surprisingly, is a close second.

I really wasn’t expecting that. I am sure not every AN-2 is as basic in the cabin as the one I flew on; in fact, I’ve seen photos of one with forward facing seats, cabin insulation, and overhead bins – but that Shvetsov is proper loud. Louder, in the cabin at least, than a B-29! I prefer jet whine, but of all the bizarre aircraft I’ve flown on, those two are by far the most impressive.

DPB: Have you ever been scared flying on an aircraft?
BL: I have a visceral response to moderate turbulence on aircraft with low wing loading and aspect ratios around 8.68. Frankly, I have a visceral response to turbulence in general, and would prefer all my flights to be glassine. I’m always convinced something is going to spill on me, ruin my laptop, make me cover myself in my own bodily functions or digestive fluid. You know, terrible things – but on said reasonably aspect-ratioed aircraft, you can also really hear creaking. I remember one time over Ireland feeling like I was in a shake and bake.

It’s worse when you are facing sideways. There was this one time where I woke up and felt as if I was falling. IT SUCKED! 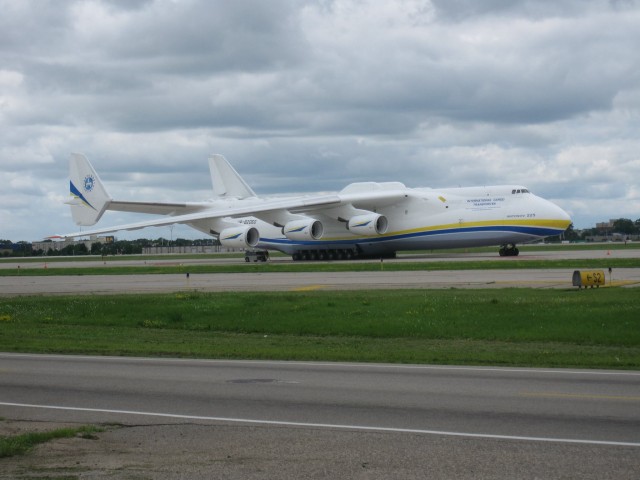 The Antonov AN-225 at MSP – Photo: David Parker Brown | AirlineReporter

DPB: What’s the one aircraft you really want to fly on? Why?
BL: That’s a two-part answer because I have one civil target and one military target. Civilian, the AN-225. I’d do anything to fly on a big Antonov, especially the biggest Antonov. I mean, I’d easily settle for an AN-124, but man if I could get a ride on the Myria! Militarily speaking – if I could ever get the opportunity – I’d want to fly on a Tu-95. I feel like it’d be much easier to get a ride on the AN-225, though. Don’t think I’m not working on it!

Why? Well, the AN-225 is the largest aircraft in the world, and it’s also from the former Soviet Union. The Tu-95, well, Kuznetsov NK-12 engines. Have you ever heard a Kuznetsov NK-12? Also the plane looks like it was hand picked to be part of 1950’s Soviet Socialist Realist propaganda.

DPB: What is the one plane you wish you could fly on, but they no longer fly?
BL: Tupolev’s Tu-116. There were only ever two of them. They were converted Tu-95s where the passengers sat in a cabin that was once the bomb bay. They were used as a stop gap until the actual Tu-114 came into service. 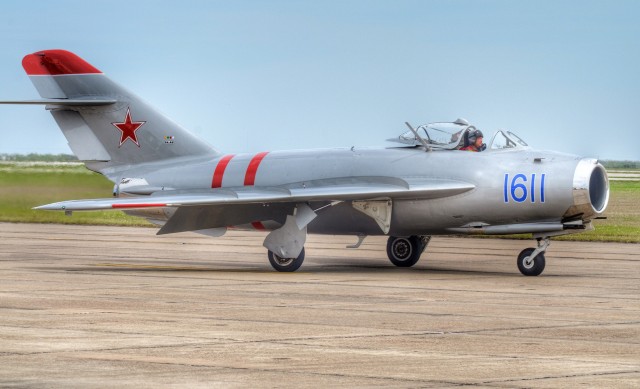 DPB: During many of your trips, you are not allowed to take photos at the airport, why is that?
BL: A lot of airports are dual-use civil and military facilities. Sometimes the dual-use part is a bit of an overstatement, but they like to say it might be. If that was not enough, most places that operate awesome aircraft are not the kind of places where a couple U.S. Dollars goes a long way. I’d love if they were – but bribing most people in the countries I go to would not only get me arrested, but the families of those I tried to bribe!

A lot of countries that are, or at least used to be, under the Soviet Sphere of Influence (if not full blown SSRs prior to 1991) have a serious case of paranoia about their military. Why, if you took a photo of a 1980’s vintage Mig-29 9.12 (the original Mig-29) – someone might know that they had Mig-29s with no modern radar that were entirely dependent on 1970’s-style ground control intercept protocols and fired equally-ancient missiles. Oh wait, there are spy satellites, open skies treaties, military exercises. WE KNOW THEY HAVE THEM! I’ve seen pictures of them.

Not, like, pictures shared via sneakernet in dark alleyways – I mean pictures on major aircraft enthusiast websites. Security paranoia runs rampant. That’s really it. I’d love to take photos of these airports. There was this scene in North Korea where the IL-18 I had flown on parked in front of and abeam these two Mig-15UTI, and it looked like something out of 1958- but nope “NO PHOTO!” “Top secret military technology.”

The People’s Korean Air Force operates 28 Mig-15s (and their clones) – all of them are monitored fanatically by USFK and the ROK armed forces. Heck, I was probably photographed by a drone or satellite as I looked at them.

The security in these countries is for public consumption and it’s really annoying.

If you have other questions, ask them in the comments — Bernie will happily answer!

I’m with Bernie on all of this. I can’t imagine not wanting to fly in all of these! So far, my most-interesting ride was in a T-6. But a big Soviet transport or helicopter would be a huge kind of fun for me.

Great interview, and interesting subject, both Bernie and the aircraft! Thanks!

My question: how do you afford all this?!

Why do critical comments get deleted? They aren’t offensive. I would think an editor would like to know short-comings of their material.

Has Bernie flown in any Russian military aircraft such as the latest Mig Fighters? If so please share your adventure if you don’t mind. I would to know how they compare to similar US Air Force or Navy Fighters? Oh and thanks for sharing, great story!