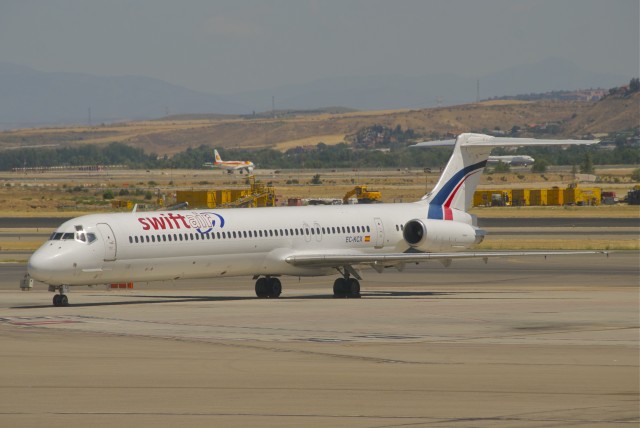 The MD-83  was flying from Ougadougou, Burkina Faso to Algiers carrying 110 passengers and six crew. Air navigation services lost contact with the aircraft at 9:55pm  ET. The last message received from the aircraft was a request to reroute around heavy rain storms at around 9:30pm ET.

The aircraft involved in the crash was one of two MD-83s that were on lease from Spanish charter-carrier Swiftair. The registration number was EC-LTV (c/n 53190 l/n 2148) and was built in June 1996. In August 2012 and then had some heavy maintenance at Porto Alegre, Brazil, before delivery to Swiftair in late 2012.  During 2013 it was leased to the UN in the Horn of Africa (operated by Swiftair).The passengers were comprised of 50 people from France, 24 from Burkina Faso, eight Lebanese, six Algerians, five Canadians, four Germans, two from Luxembourg; one from Mali, one Cameroonian, one Belgian, one Ukrainian, one Romanian, one Swiss, one Nigerian, and one Egyptian.

Per the Telegraph; French DGCA (Directorate General for Civil Aviation) inspected the plane  a few days ago in Marseille and found no faults.

https://www.airlinereporter.com
The Unique Boeing 737-700C Gets Some Love
Interview: Flying on the World’s Most Interesting Aircraft
1 Comment

Another sad loss of passengers, aircraft and crews. A rough few months with what 4 hull losses???.