Antonovâ€™s AN-24 is probably the easiest of the classic Russian aircraft to hitch a ride on.Â  With at least 800 still in service in eastern Europe, central Asia, Cuba, and Africa, usually all it takes to fly one is a creative routing.Â Of course, none of those AN-24 are operated by Air Koryo, the national airline of North Korea.

The AN-24 is a stereotypical high-winged turboprop. More akin to the classic Dash-8s,Â rather than the newer Q400s. It was built to take off from nearly anywhere and land on the most â€œunpreparedâ€ airfields Soviet surveyors and engineers could throw at it.Â P-537, the AN-24B I flew on, landed in Sondok shortly after myÂ arrival flight via an Air Koryo IL-76.

We were not allowed to photograph the interior until after lunch in Hamhung, but were permitted to walk around the airframe and take plenty of photographs.Â After lunch, I fought my way to the front of the line to ensure that I would have the opportunity to take an unobstructed cabin shot. My patience and persistence paid off. 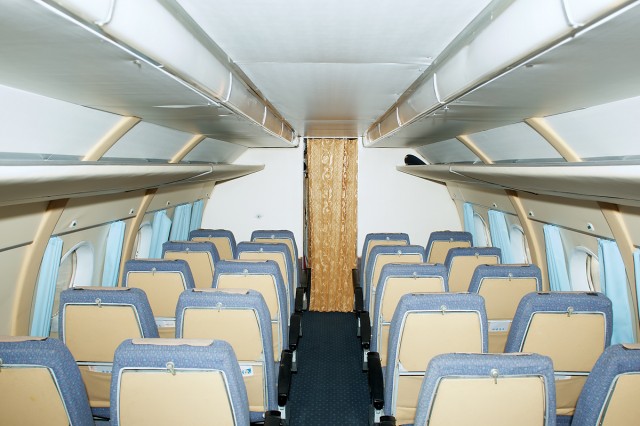 The aft cabin of an Air Koryo AN-24

The cabin was very retro, and due to so few passengers on the flight, we were forced to remain in the rear cabin. Believe it or not, the area curtained off is actually a relatively spacious galley.Â  It was nice to see fully-draped windows, as opposed to the more common western â€œpull-downâ€ design. Seat pitch was also akin to that of the IL-18, rather than Air Koryoâ€™s jet aircraft.

Start up was surprisingly quiet. I was hoping for the aircraft to be like the larger Antonov twins and require an APU, located in the engine, to be engaged with both a loud screech and temporary jet of flame, but alas; canâ€™t win them all!

Taxing consisted of doing a 180 and lining up on the non-existent runway centerline.Â Takeoff was smooth and, in all honesty, very similar to both the sound and sensation of riding in a Dash-8-300.Â  Even though the Ivenchko AI-24A engines were of similar design to the IL-18, the sound was very akin to Pratt & Whitney.

Much like an eastern European train in any season, the heater was stuck on some setting between “liquid magma” and “solar surface.” I was relieved that I decided against taking a coat that day. Under the oppressive heat, the cabin beginning to smell from all the sweat.

Trying to stay awake as best I could on the forty-five minute flight back to FNJ, I noticed that the aircraft handled turbulence very well for a vintage Russian airliner. It was quite comfortable, despite the noisy ride.

Landing, again, seemed very similar to that of a Dash-8. I was surprised (and vaguely disappointed) but at least I could cross a very rare aircraft off my list! 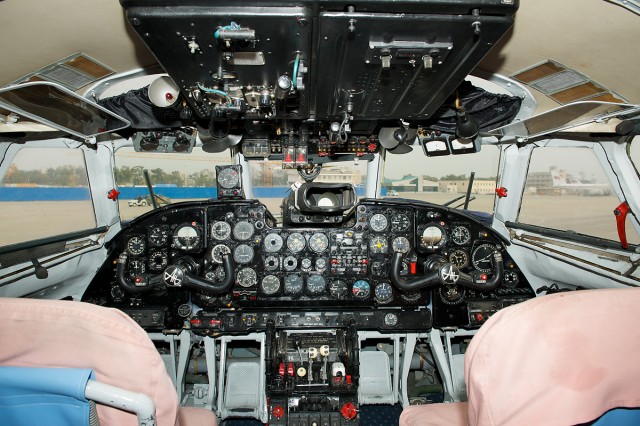 The flight deck of an Air Koryo AN-24

Upon parking atÂ FNJ, we were allowed to visit the flight deck.Â Surprisingly, the flight deck instrument cladding was all-black.Â The AN-24 wasn’t the only Russian aircraft to do this (it’s the same as all production Yakovlevs), but it is the only Antonov aircraft to follow this deviation. The more traditional choice of the Russian aerospace industry was turquoise, chosen because studies indicated it reduced eyestrain during instrument flight.

Although we already had a great day, it wasn’t over.Â We were taken via the venerable Air Koryo ramp bus to visit a very special aircraft. 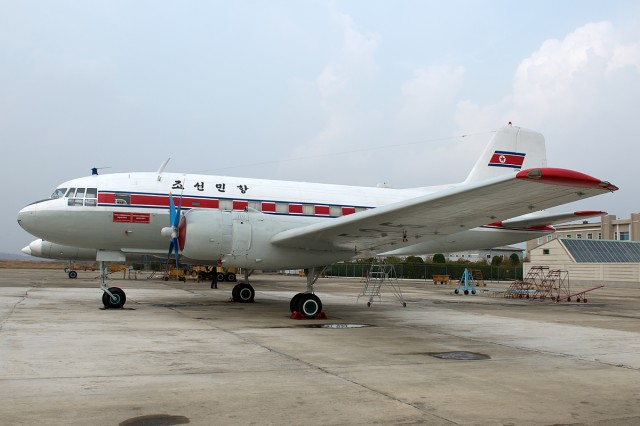 A gift from Joseph Stalin himself to Kim Il Sun,Â this IL-14 was destined to be the first aircraft for the Civil Aviation Administration of Korea (CAAK). Recently, the plane has been undergoing a painstaking restoration, overseen by President Kim Jong Un.Â We were only the second group of Westerners allowed to see it, let alone take a peek inside. 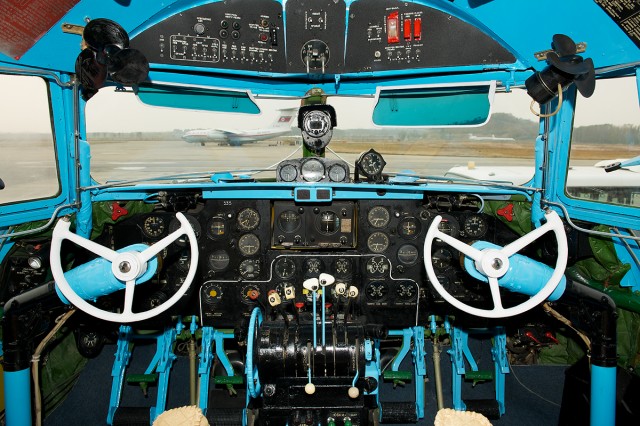 The restored flight deck of the first North Korean IL-14

A few weeks before my arrival in the DPRK, I actually was sent pictures of the Respected Leader himself inside the aircraft. I am, however, not sure of the legality of republishing state imagery and I value copyright, so am afraid I will have to leave those images to the imagination.

The IL-14 was immaculate. Everything was restored to the condition at deliveryÂ in the early 1950â€™s.Â Unfortunately, the tour guides could not establish whether or not it would ever be made flight-worthy again. Â Regardless, there is a group of very die-hard IL-14 enthusiasts in Russia bent on getting one of these wonderful old birds back in the sky.

https://www.airlinereporter.com
All AAccess Pass: The â€œNew Americanâ€ Airbus A319 Unveiled at DFW
Lost Airline Livery: An Orange Donbassaero Airbus A320 Gets Parted