As part of this years Middle East Business Aviation Association (MEBAA) show at Dubai-Al Maktoum Airport (DWC), there were over 45 aircraft on static display. Of course, there were countless VIP Boeing and Airbus jets there, however for me the highlight was the Honeywell Boeing 757-200 flying testbed. The aircraft has a rather interesting history; it started out life with Eastern Airlines in 1983 before operating for a British leisure airline from 1995-2002, before finally coming to Honeywell in 2005 after a few years in storage. As of 2008, the aircraft has completed over 400 test flights and some 1,700 flight hours in over 15 countries. That’s impressive.

This is no ordinary 757 – Photo: Jacob Pfleger | AirlineReporter

The most distinguishing feature of the aircraft is the engine mount on the forward right-hand section of the fuselage. The mount is primarily used for in-flight testing of new engines — mainly for the corporate jet market. The most notable engines that were tested and certified on the aircraft include the HTF7000 and TFE731 engines, which power the Learjet aircraft series.

The rain partly cleared as I arrived and the first obvious difference between Honeywell’s 757 and the run-of-the-mill 757 is the third engine on the side of the fuselage. The engine mount is used to test different Honeywell engines in the “real world.” During my tour, the Honeywell TFE731 engine was hooked up and it was being tested for vibration issues. 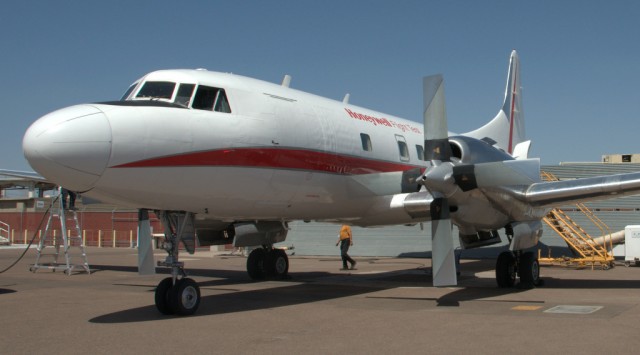 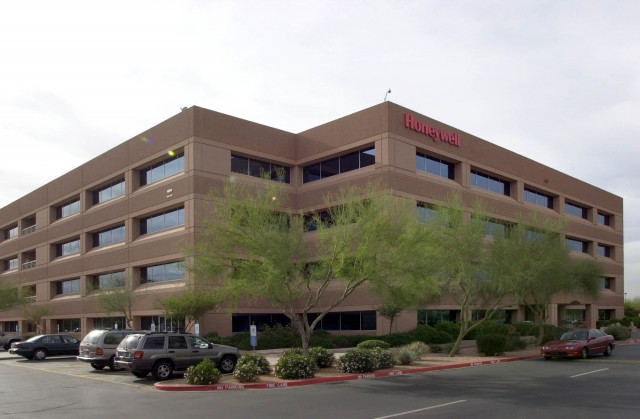