Recently I spent a day with Honeywell Aerospace and it had clearly worked its way into my brain at a deeper-than-expected level.

Before I found the opportunity to go over my notes and write a follow-up article about my time with the Honeywell Crash Test Dummies up at Paine Field, I found myself on board an American Airlines Boeing 737. My first thought, after it was clear that tower had given us a “taxi into position and hold” command for Runway 34R at SEA was, “I sure hope this aircraft has RAAS.” 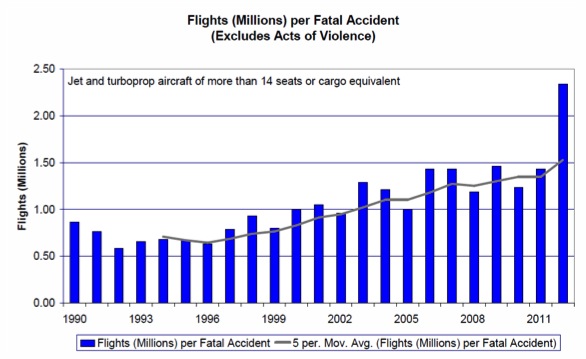 2012, and hopefully 2013, have been the safest years for air travel in history. Graph: Honeywell Aerospace

After checking in at Honeywell Aerospace’s Redmond, WA laboratory I was ushered into a conference room to meet with Honeywell’s Senior Chief Engineer, Ratan Khatwa. Khatwa has a PhD in Human Factors engineering, and has worked with the Dutch FAA-equivalent on take-off performance monitoring. He is a man that not only eats, sleeps, and breathes flight safety – he instills that culture in all of Honeywell Aerospace’s employees.

He started the conversation by presenting an interesting point; the accident rate for all commercial transport (so all jets and turbines over 17 seats, including cargo) is 1:2,500,000 flights – the safest air travel has ever been. True, this is based on 2012 data, but with the growth in air travel in 2013, the fact the year is almost over, and relatively few accidents, there is no reason to expect a significant change in the overall accident rate. 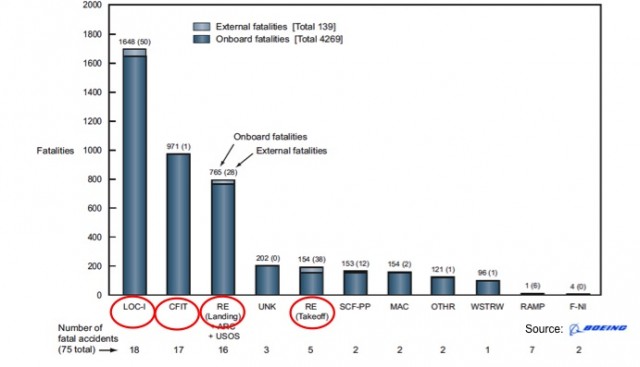 A graph of the occurrences of recent aircraft accidents. Graph/Source: Honeywell Aerospace/Boeing

The data points to the changing causes of accidents. Loss of control-based accidents are decreasing, but “Controlled Flight Into Terrain” (or CFIT) is making a resurgence. The other big causes are, of course, runway-related (both takeoff and landing).

Why CFIT is making a disturbing comeback is a matter of some debate – it may very well be a change in training procedures that has shifted mindshare away. It may also be, as some believe, that safety issues are somewhat cyclical. That actual discussion is well above my pay grade, even though I studied a vast quantity of aviation safety areas in college!

Honeywell already has a practical, certified, and well-understood product to aid in the prevention of CFIT- it is called Enhanced Ground Proximity Warning System (EGPWS). Our discussion soon moved to the more intractable problems Honeywell is exploring in the world of aviation safety. 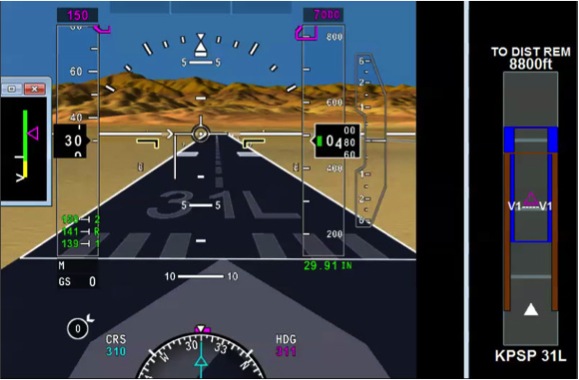 A mock up of Honeywell’s take off performance monitoring system – Image: Honeywell Aerospace

Boeing was actually experimenting with installing a take-off performance monitoring system on the 777 during the design phase. Their issue was that they could not manage both the computational complexity, nor the level of detail, to present to info the flight crew.  Honeywell has worked to fix that and they are currently in the process of offering a “take-off monitoring system.”

In less-complex terms, the goal of this system is to provide visual and auditory cues to the cockpit such that both members of the flight crew are more engaged in the takeoff process.  In this case, there are two visuals being tested. Both will display the amount of runway remaining, as well as the predicted rotation point. What is more contentious is what the aural cue will be to warn pilots that they are not going to be able to reach a safe V1 speed in the remaining length of runway. What is agreed is that the speed at which any warning will be given is 80kts. 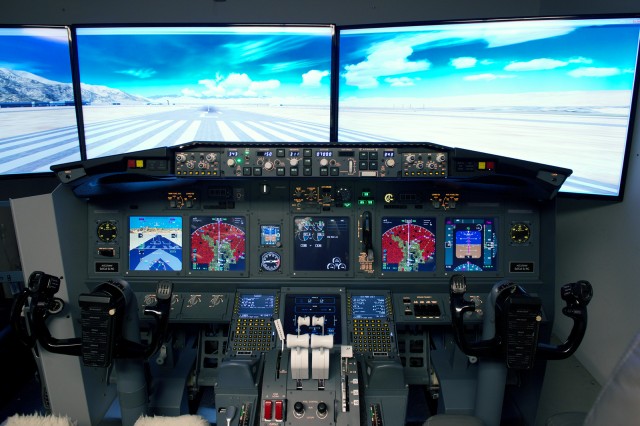 To get a better understanding of how this technology will work, we were taken across the complex to the flight simulator. This flight sim, as you can probably see, is not your ordinary 737. Indeed, it has parts from the 777, the 787, and most of it is actually “off the shelf” components produced for Microsoft Flight Simulator enthusiasts.

Indeed, the Honeywell 737 simulator is running that very program, which can confuse actual flight crews. When Honeywell needs to collect extremely precise instrumentation user data, they often borrow the simulators of airlines that they have close relationships with.

In the simulator, we were shown a demonstration of the take-off and landing performance monitoring system. It is one of the most interesting things I have ever seen. The system will inform the pilot of every possible permutation of the takeoff. It gets even better on landing. 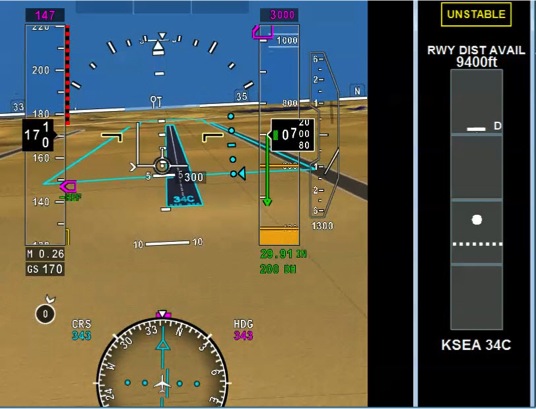 Even before the aircraft arrives on short-final, Honeywell’s Landing Performance Monitoring System begins displaying information that would be relevant for flight safety. If the aircraft is not at the correct glideslope or proper attitude, it will warn the flight crew of an unstable approach.

The natural remedy to an unstable approach is a go around. In fact, the remedy to most landing problems is a go-around. 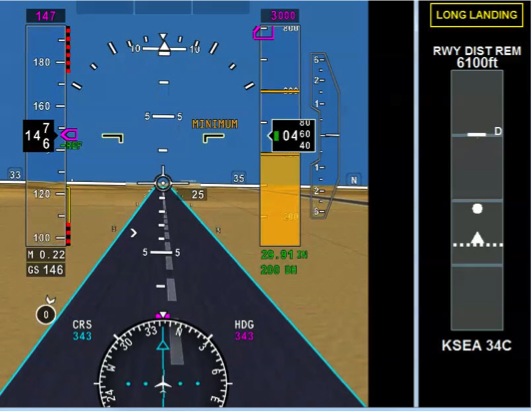 Honeywell’s new instrumentation will also be capable of calculating and displaying the exact point of touchdown. This will also display whether the aircraft will touch down within the first third of the runway. Some airlines have different landing standard operating procedures, so Honeywell will be working on this technology with partner airlines to prevent nuisance alerts. The long-landing warning exists to alert pilots that they have missed the point of a safe touchdown and should go-around, lest they overrun. There are also alerts for things like deploying the speedbrakes or thrust reversers. In my opinion, once this technology is commercialized it will save lives and millions of dollars.

If that wasn’t awesome enough, Honeywell is developing a similar technology, but for taxi. Imagine, a virtual view of the aircraft as it taxis. Complete with a view of the taxiways, traffic, and circles to warn of points of potential runway incursion. Also imagine if that same system could automatically change display modes once the aircraft was on the runway — It’s amazing, trust me!

Honeywell is also working on taking human-aircraft interaction to the next level. This, however, is so early in the research stage that I will only allude to the fact that it is a technology designed to reduce workload using brainwaves. They also have ways to use this technology to improve safety, or they will in a few years. 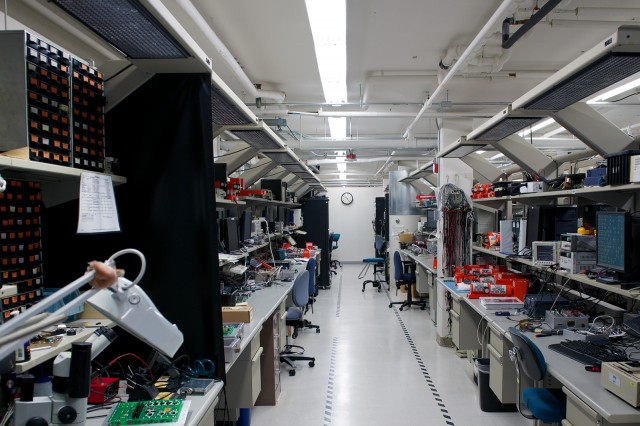 If that was not enough, we were also allowed to explore Honeywell’s testing and development laboratory. Here they predominantly work on their flagship weather radar, the RDR-4000, which can cover three dimensions of travel, use multiple frequencies to avoid clutter and rainshadow, detect turbulence, and more or less do everything you’d ever want from a weather radar. This is the product that is tested aboard N580HW during the Floridian summer. 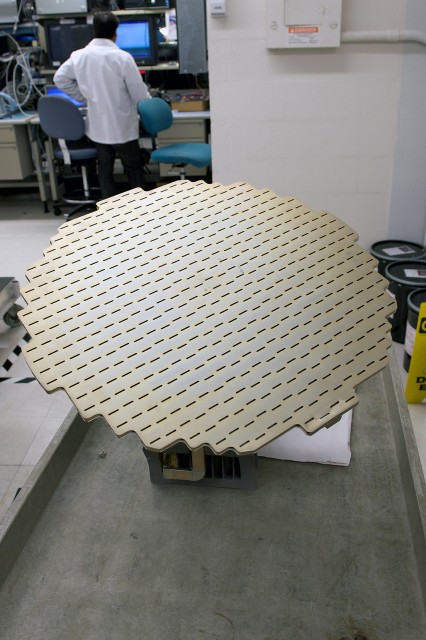 This space is also used by Honeywell to troubleshoot and assist with regulators on issues pertinent to their flight data and voice recorders (“black boxes”). They can also do the same for FOQA, but none were present that day. 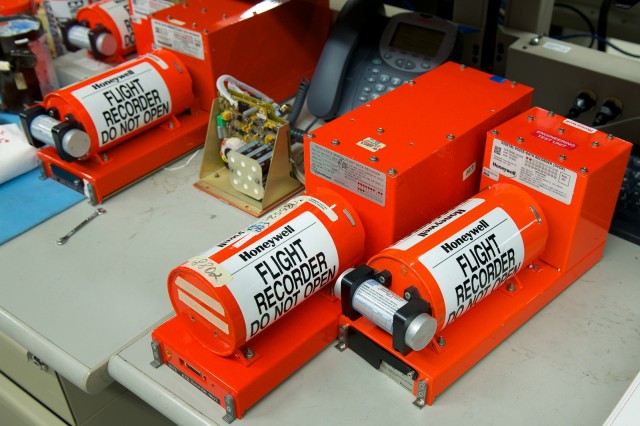 It was very exciting to tour Honeywell in Redmond; I learned more about the practical side of aviation safety than I ever thought possible. Aviation is already very safe in the United States and it seems that it will only continue to become safer.

Nice to see Honeywell is starting to catch up with Thales and Airbus.