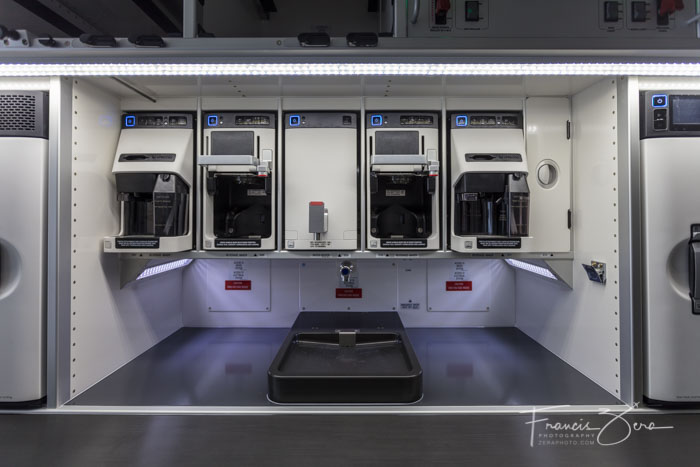 The airline has configured all 10 of its 77Ws the same: eight first class seats, 62 in business, and 270 in 10-abreast economy. 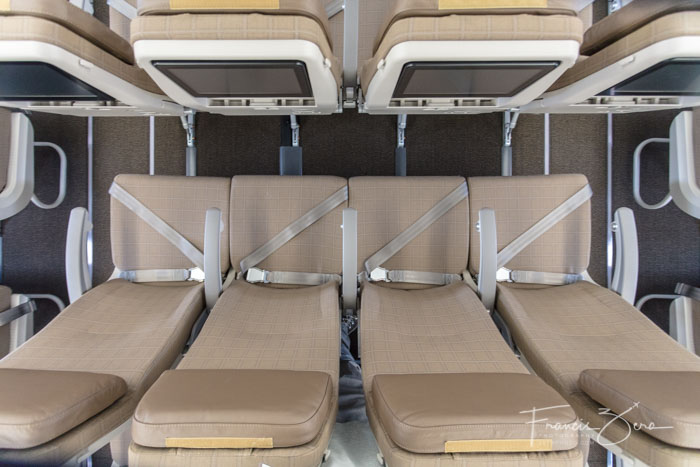 The four-abreast seating in the center economy section. Life is definitely different in the back of the plane.

Roughly 60 journalists and bloggers made the trip to Everett to cover the final delivery, and Swiss flew over a similar number of AvGeeks for the event they were treated to tours of the Boeing plant and of Seattle, and many blogged and posted photos about the trip to pick up the aircraft and the ride home to Zurich on the mostly-empty jetliner.

The premium sections are very Euro styled, with warm colors and plenty of right angles. The sliding privacy screen/hanging closet in first is a very nice touch. 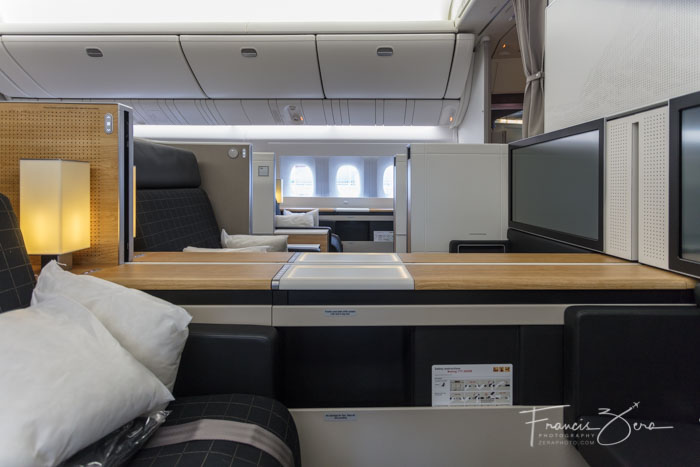 The view across the plane from first class is quite a bit more private than back in coach.

First class suites feature dimmable privacy glass on three sides and a 32″ video screen. The seat reclines to an 80″ bed. 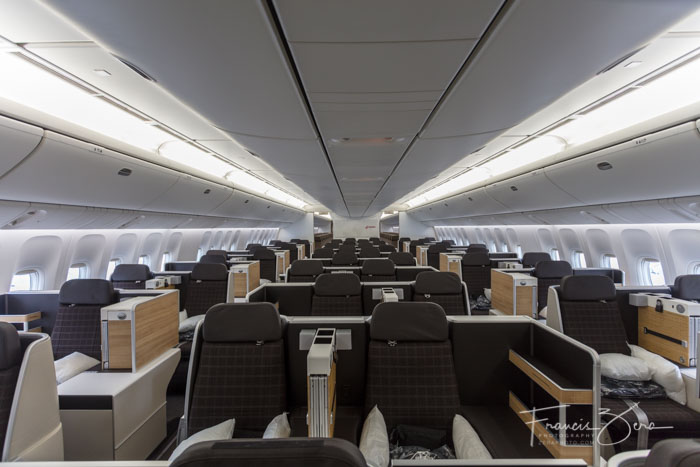 Business class also features lie-flat beds of more than two meters in length (appx. 6′ 5.6″), with a 16″ video screen. Wifi is available throughout the aircraft, for a fee, of course. 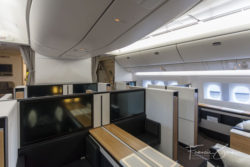 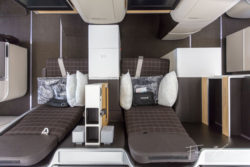 An overhead view of the first-class seating 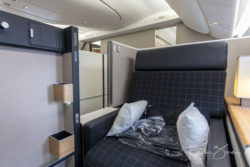 Another view of the first-class seating

There was a lot of excitement surrounding the delivery it was the farthest thing from a somber event. Lots of smiles, lots of photos, lots of energy. 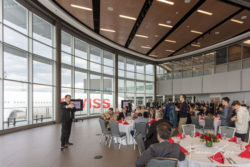 The formal part of the delivery ceremony, complete with a Northwest-style buffet 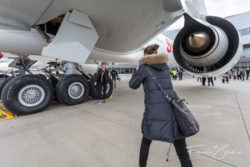 Attendees of the delivery ceremony take photos on the ramp 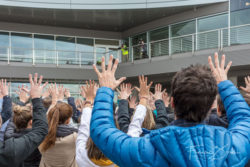 The obligatory group photo, complete with a show of 10 fingers for 10 airplanes delivered

And, with that, the big jet was on its way to Zurich. 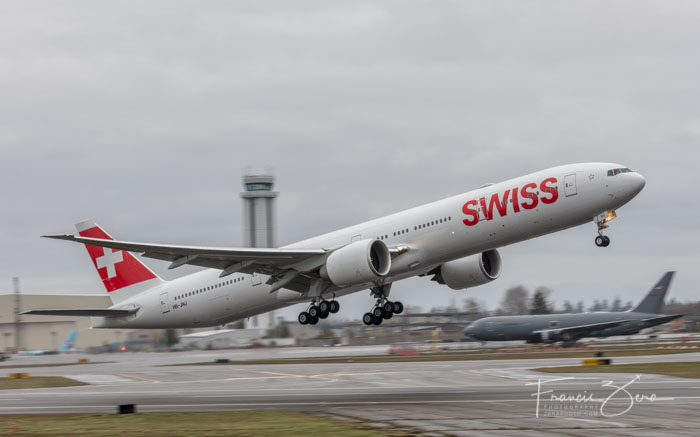 Swiss’ newest 777-300ER departing from Paine Field, headed for Zurich on a typical rainy and windy spring day in the Pacific Northwest.

https://www.zeraphoto.com
Wings for Autism – A Success at Sea-Tac
A Chat With Emirates Senior VP North America + A Look At Their New Business Class Product!
2 Comments

Thanks, Michael completely agree that it’s a lovely aircraft.