Last Monday, it was disorienting when my alarm went off at 3:30am. At the time, I was not sure why it was happening, but I knew that I was not a fan. That was until I snapped back into reality and remembered that I was getting up early to fly on a few airplanes. The mission of that day was to check out United’s new Polaris business class — and I was up for it! I was to start in Seattle, fly to Chicago to meet United’s first 777-300ER, then I would get to know the product flying to San Fransisco, before heading home. All in the same long day.

I have read about United’s new Polaris product and seen the photos, but nothing beats putting it to the test at 40,000 feet. Was it worth getting up so early? Oh you better believe it — it was one stellar experience (okay, I will try to behave with the space puns, mostly).

With the sliding door over its 17-ton infrared telescope wide open, NASA’s Stratospheric Observatory for Infrared Astronomy – or SOFIA – soars over California’s snow-covered Southern Sierras on a test flight in 2010 – Photo: NASA 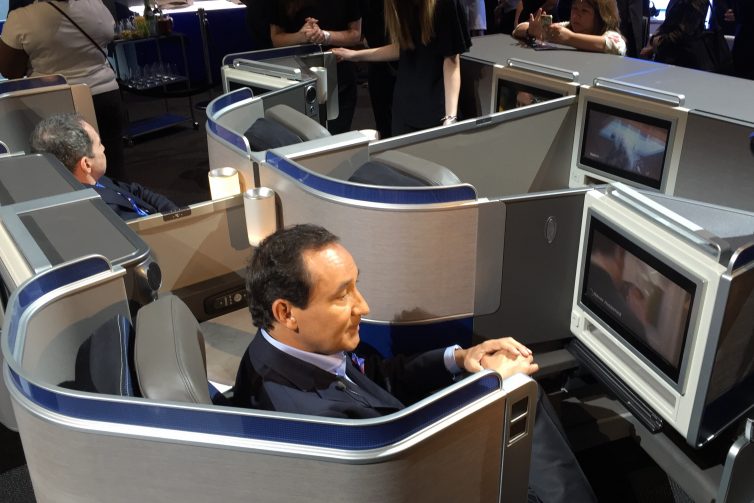 BONUS: Flying Domestically on the Upper Deck of a United 747-400