The hook from the invitation: there will beÂ “someÂ very exciting announcements to unveil about their continued growth and expansion in Los Angeles, including new services, partnerships, and programs that will be rolled out in 2016 at LAX and citywide!”

American seems to be taking a page out of the playbook of oneworld partner Qatar Airways on hosting a big event at a fancy LA-area venue. There have been whispers of what will be announced, but what is clear is that this will haveÂ a very L.A.-centric focus, in terms of new routes, service, and offerings.Â While nothing is confirmed yet, the “big one” everyone is wondering about is whether there will be new service from Los Angeles to Hong Kong, most prominently rumoredÂ all the way back last November by Twitter user @xJonNYC, who also posts as JonNYC on theÂ TravelingBetter andÂ Flyertalk travel forums.

Can't imagine it would/will shock anyone; it now appears a certainty that AA will announce LAX-HKG service next year.

If LAX-HKG nonstop is the main announcement, then it’sÂ been one of the most speculated about rumors recently. What’s been up in the airÂ is what equipment will be used, though JonNYC confirmed, andÂ Ben Schlappig from One Mile at a Time points out, that itÂ makes logical sense forÂ American toÂ use their flagship Boeing 777-300ER (77W) to complement the utilization schedule of the same 77W flown from Dallas to Hong Kong, which currently sits on the tarmac in Hong Kong for 19 long hours overnight. With a late-night departure from LAX, it would be possible to have two different planes on the ground at HKG for a total of only eight hours, avoiding expensive overnight parking at the out-station.

American’s 777-300ERs are configured withÂ first, business, and economyÂ seats, with a section of economy having a less dense setup for an additional fee or with elite status. 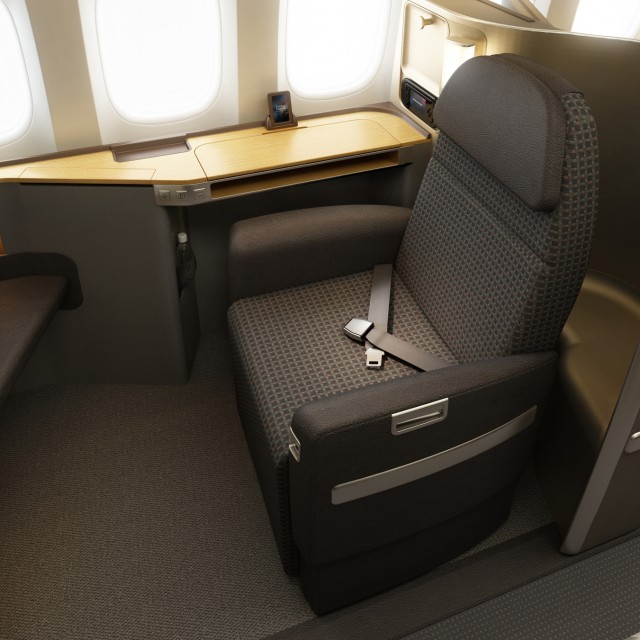 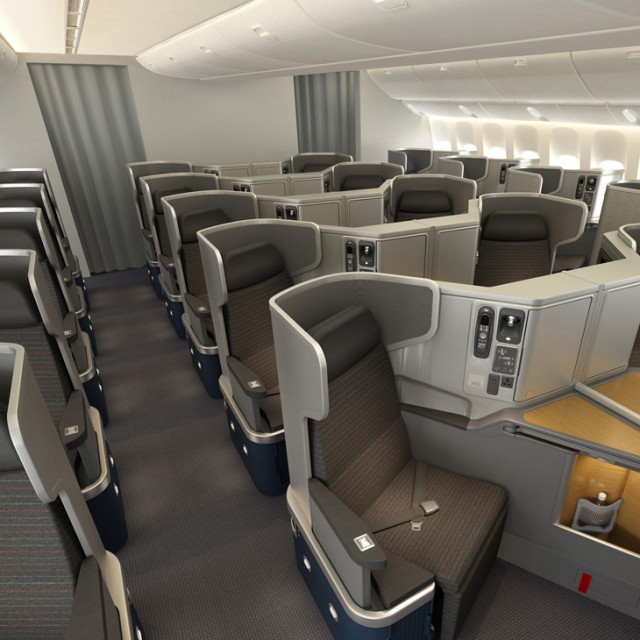 This is a preview of what American Airlines’ business class in their Boeing 777-300ER – Photo: American 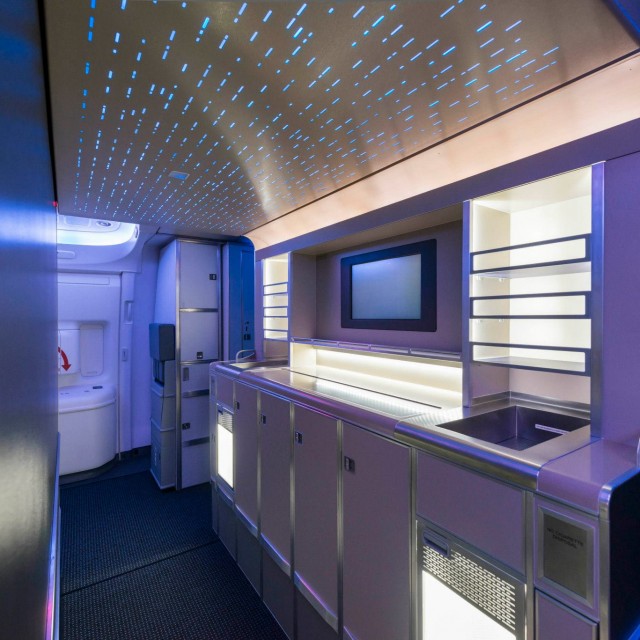 A walk-up bar in the premium cabin stocked with snacks and refreshments will be a first for any U.S. airline and adds another distinctive luxury feature to the 777-300ER – Photo: American Airlines

What’s also interesting is that the only other airline flyingÂ the route is oneworld partner Cathay Pacific, whichÂ flies 4x-daily from LAX to its home base, includingÂ two late-night departures. Unlike what American and Qantas has on the Los Angeles-Sydney route, American and Cathay Pacific do not have joint venture immunity in place, meaning that they are effectively competitors and not allowed to actively cooperate or legally colludeÂ onÂ flight scheduling or setting fares.

Making this tale-of-the-tapeÂ even more intriguing are the offerings both carriers have in each of their classes.

If I’m reading my tea leaves correctly, this is whatÂ I think will be announced on Wednesday, relating to Hong Kong service:

It sounds like other routes out of LAX (likely domestic… Seattle and Portland, anyone?)Â and partnerships will also be announced at the same time. In fact, it seems that a partnership between American and The Hollywood Reporter has already been confirmed, giving the airline inroads to the Hollywood entertainment industry.

Tune in to @AirlineReporter on Twitter on Wednesday, January 20 from 11am to 1pm PST, as I livetweet from the American Airlines press conference, using hashtag the #BestinLAX.

A previous version of this story mistakenly listed the incorrect date of the press conference, which is on Wednesday, January 20.

Does anybody really care what AA does? What is the point of increasing services on an airline which has such a bad reputation?
Shouldn’t your use of ‘compliment’ read: ‘complement’ instead?……

Chris, thanks for catching the error. As to your other point, I would also imagine that some people care what AA does, good or bad. AA does seem to treat the entertainment industry well, which is probably why this press conference will be held in Hollywood tomorrow at the Bowl, instead of inside some anonymous hotel meeting room or via press release.

You probably should fly on the “new” American. Get on one of their new 737s or 777-300ERs and you will realize that they have come a long ways!

So I guess no Hong Kong flight from LA announced in this press conference. But Seattle/Portland just became a bit better connected to LAX.