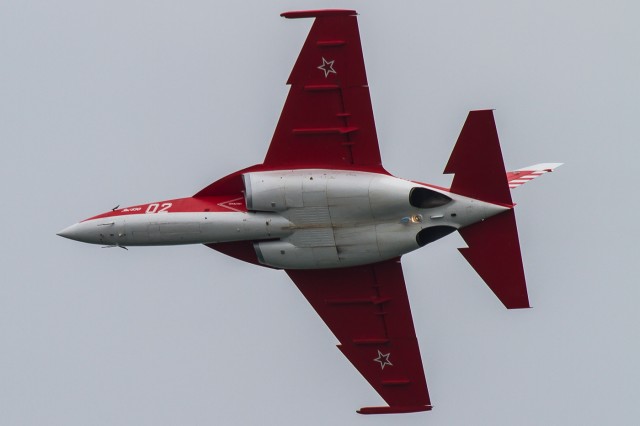 A Yak-130 goes through its routine at the 2014 Singapore Airshow – Photo: Jacob Pfleger | AirlineReporter

Although the flying display was only an hour long, the quality of each display item was very high, with some displays lasting for up to 15 minutes. 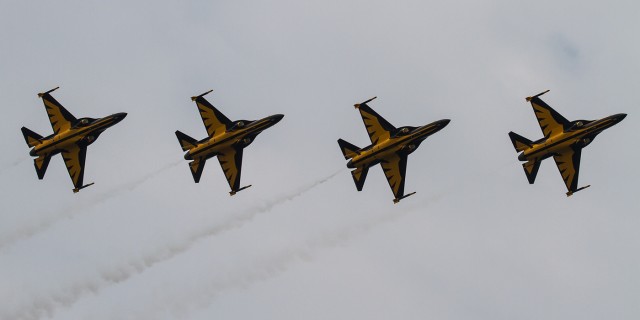 The clear star of the flying (and static) displays was the first public appearance and display of the all-new Airbus A350XWB (full photo report here). This aircraft really attracted a substantial amount of attention, not just from media but also the general public. Other displays of interest included the Korean Air Force Black Eagles aerobatic display team, as well as the USMC MV-22 Osprey tilt-rotor aircraft. 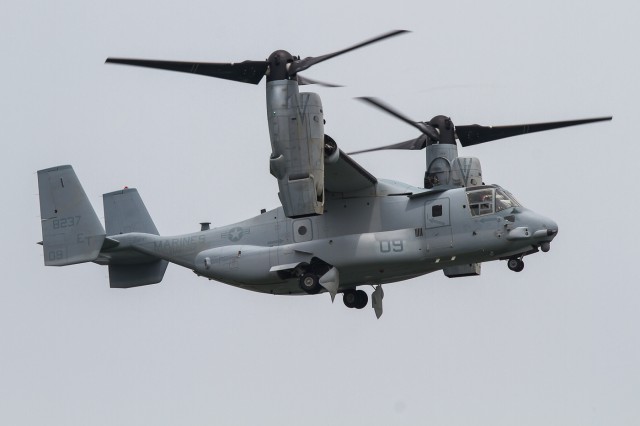 The static display at the show had the usual array of business and military aircraft, but the clear standouts (in addition to the A350) were the Qatar Airways Boeing 787 and the Sky Sukhoi Superjet 100. It was good to see that the majority of the aircraft were open for public viewings, with the exception of the A350. 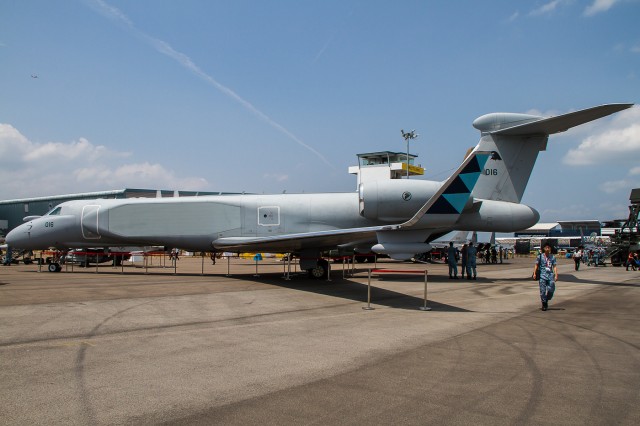 There were a variety of orders placed at the show. Bangkok-based low-cost carrier (LCC) Nok Air placed an order for eight Boeing 737-800’s and seven 737 MAX 8s. Vietnamese LCC VietJet Air also placed an order for 14 Airbus A320CEOs and seven A321CEOs. It was not just the jet manufacturers who added to their order books, but also prop manufacturer ATR, who managed to secure orders for 54 aircraft within the Asia Pacific region. 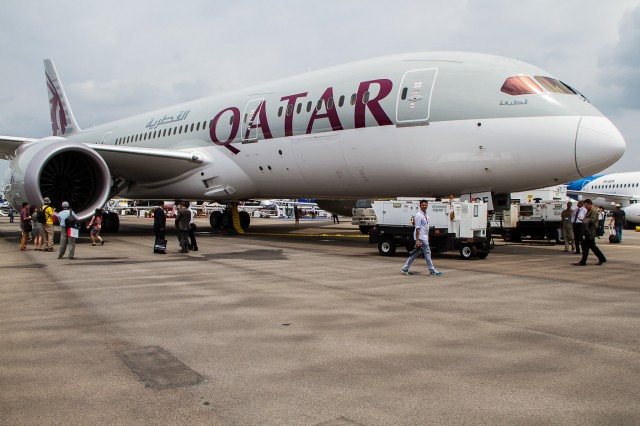 The Qatar Airways 787 was another highlight, allowing for close comparison with the A350 – Photo: Jacob Pfleger | AirlineReporter

Overall, the setup of the show seemed good, although in future years the organizers need to improve on the shuttle transportation situation, which was clearly not that well organized and took twice as long as it should.

In the end, getting to see so many static displays, coupled with the great flight displays, made for an enjoyable AvGeek visit to the Singapore Airshow.

https://www.airlinereporter.com
How Social Media is Shifting Breaking Stories Around the World
A Historical Look at the DC-10 Before its Final Passenger Flight