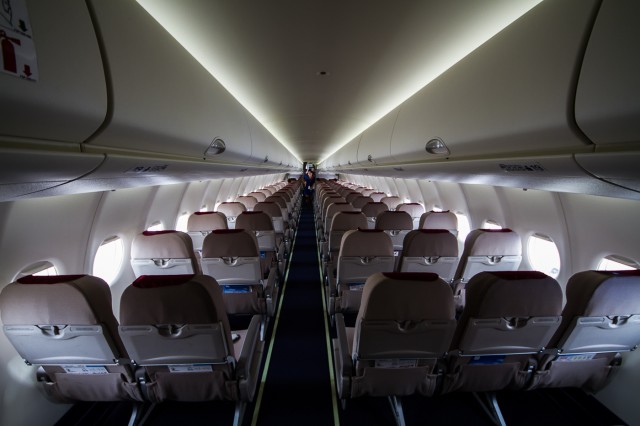 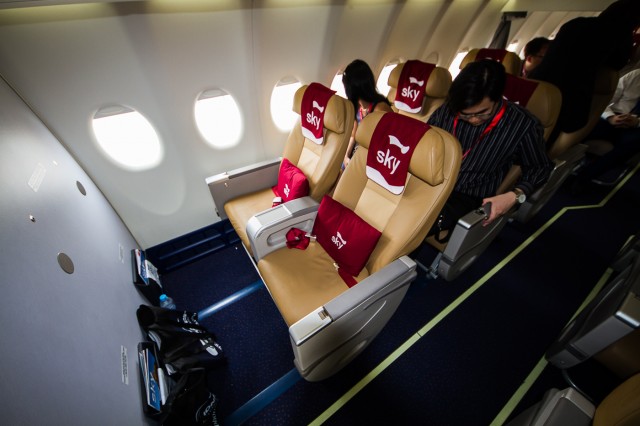 Business class is configured in a 2-2 layout in this Superjet – Photo: Jacob Pfleger | AirlineReporter 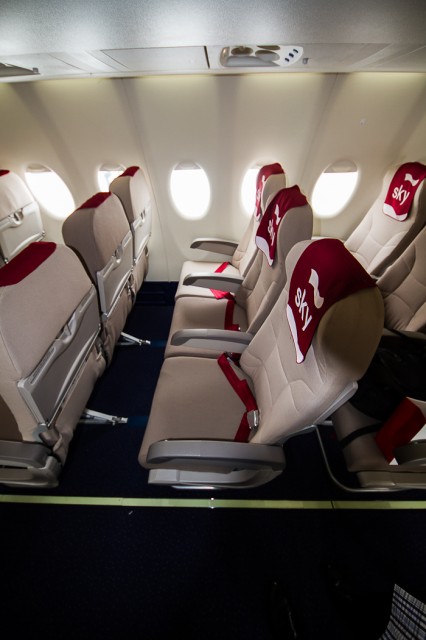 3-2 economy configuration is not as roomy – Photo: Jacob Pfleger | AirlineReporter 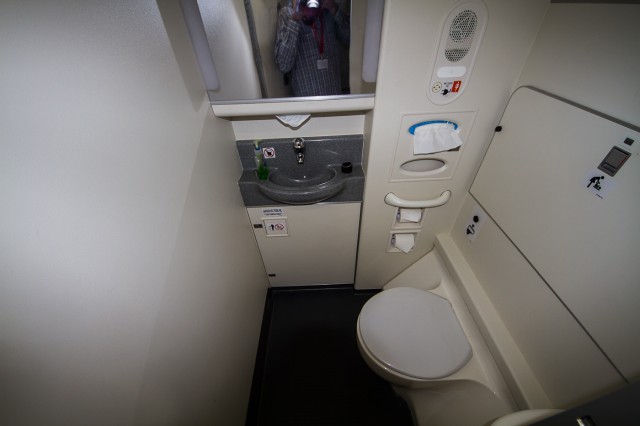 I saw some interior pics in a trip report on a.net as well – it looks great in photos. The trip reported thought the finishes looked a bit cheap – did you find that too?

Hi James, the finishes seemed ok to me although the quality of the seats was a bit on the cheap side.

” I was pleasantly surprised that the interior was similar(?) to an Embraer E-Jet, although it is considerably wider and the overhead space is greater.”
As a passenger, you can´t compare this jet to an Embraer 170/190 family. The lay out 2 x 2 is quite different from this 2 x 3 russian e-jet. The 2 x 2 is unbeatable for passenger comfort. No aisle seats!