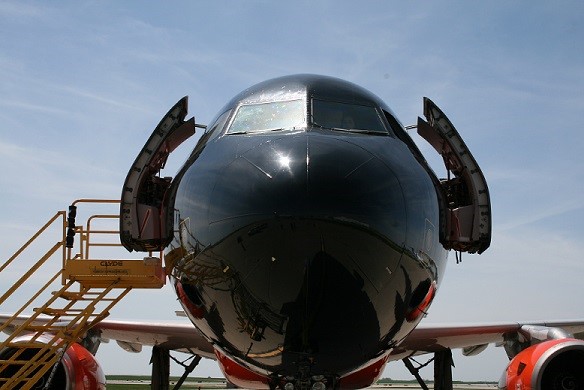 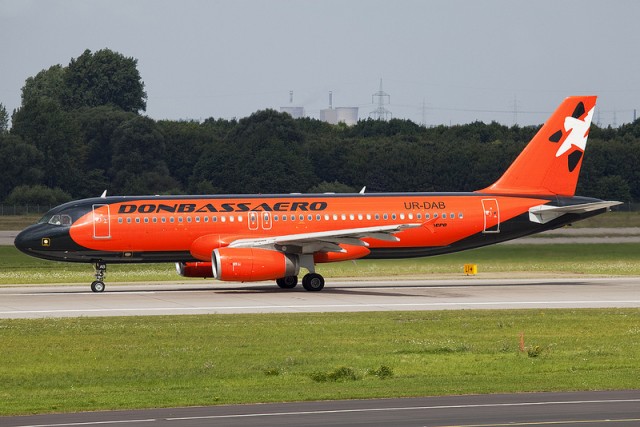 Let’s be honest; bucking the trend of Eurowhite adoption and going with this crazy livery certainly made Donbassaero unique. Unfortunately, it didn’t save them. 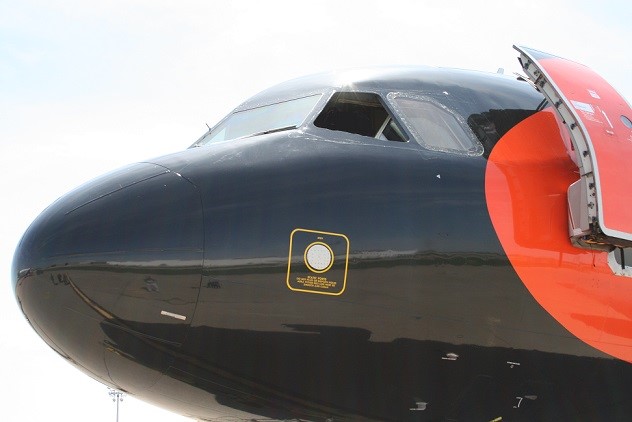 According toÂ their website, which is eerily still up and running, Donebassaero was established in 1993 and operated an all-Airbus fleet. The airline filed for bankruptcy and ceased operation on January 14, 2013. 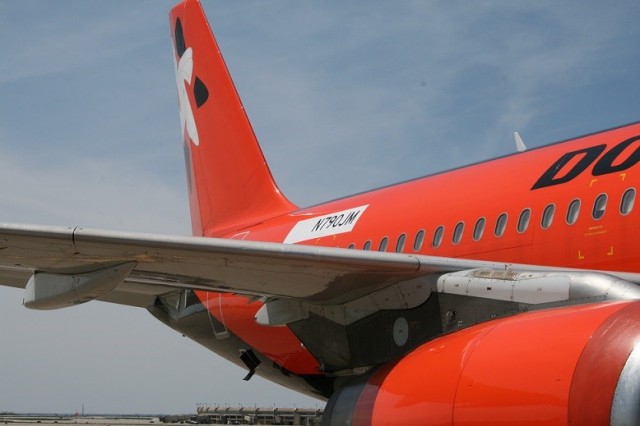 This particular bird, an A320 originally registered as UR-DAB with the airline, got its start in 1991 with Mexicana. It hopped around the world with a dozen carriers before ultimately finding its way toÂ Jet MidwestÂ in Kansas City, MO, where its deconstruction began.

The entire front section of the fuselage was sliced off and will be re-purposed for a flight simulator. What’s left will be parted out to breathe new life into other planes, or simply recycled. 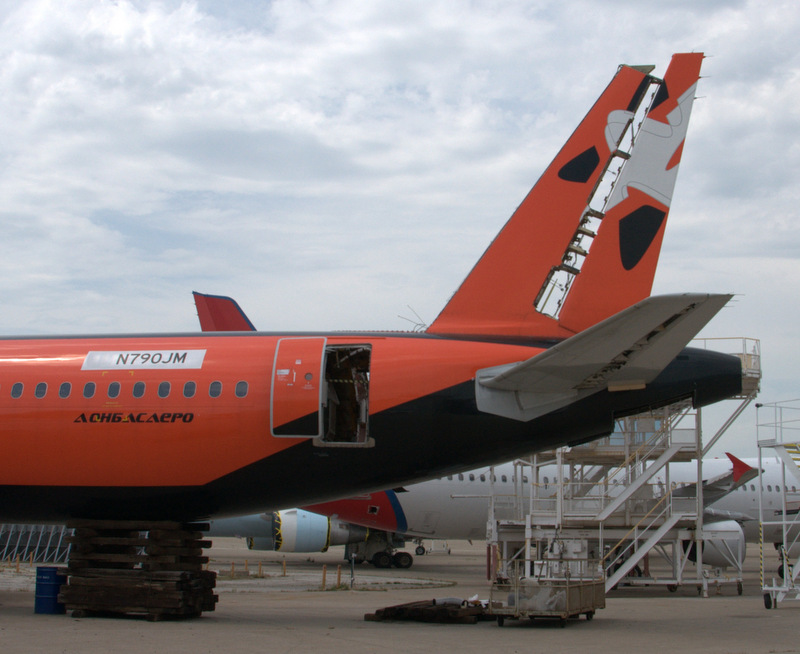 If this livery looks familiar, it’s because other versions were shared with Donbassaero’s sister carriers (which have also come under difficult financial times): Â Aerosvit andÂ Dniproavia.

It is always a bit sad to see an airliner scrapped, but kind of neat thinking that parts of UR-DAB will still be flying around the world for many years to come.

https://www.airlinereporter.com
Flying an Air Koryo Antonov AN-24B and Checking Out a VIP IL-14
Oshkosh EAA AirVenture – Why it’s So Much More Than an “Air Show”