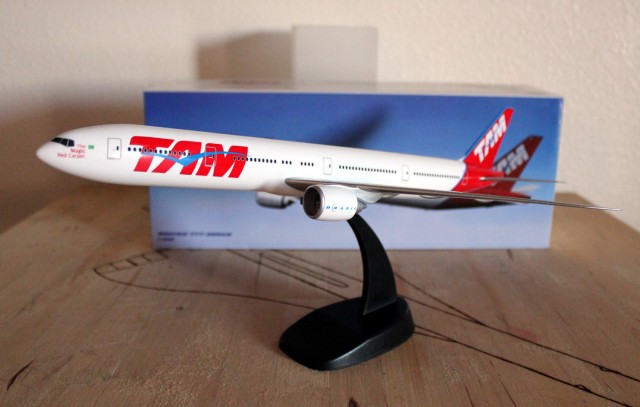 One of two TAM Boeing 777-300ER models you could win — we kind of want to keep them for myself, but we are givers – Photo: David Parker Brown

We have these two awesome, 1:200 scale (aka, about a foot long) 777-300ER models from TAM Airlines that we don’t know what to do with. Why not give them away? That is exactly what AirlineReporter is doing and one of these fine models can be all yours! This is all you need to do:

COMMENT: Leave a comment on this story. Only one comment. If you do it more than one — you are out. Make sure to put in a valid email so that we can reach you (no one else can see it and we will only use it to notify if you are a winner — promise). In your comment you need to give some information…

FAVORITE STORY: List what has been your favorite TAM Airlines’ story that we have done recently: