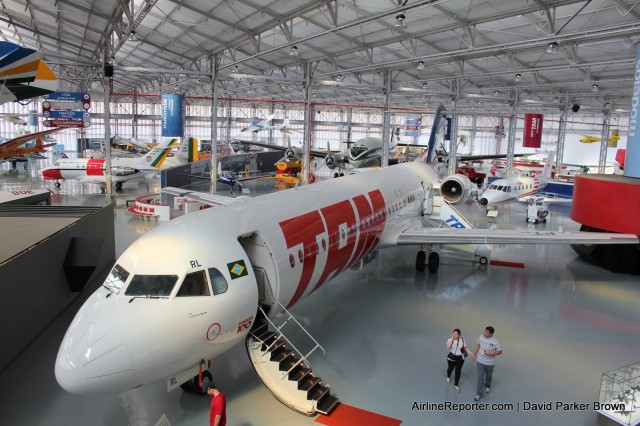 When I was invited to check out the Museu TAM (aka the TAM Museum, Museu Asas de um Sonho, or the Wings of a Dream Museum), of course I was excited. I was expecting to check out a facility that told the history of TAM Airlines and was mostly focused only the airline. I was surprised to find out that there were parts of the museum that focused on TAM, but really there was also a broader look at Brazilian aviation and aviation in general. 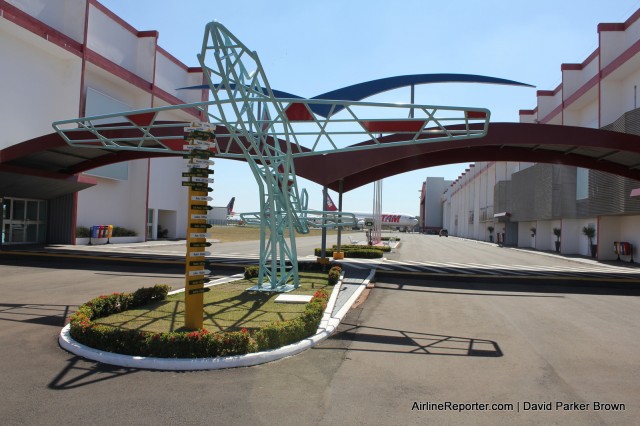 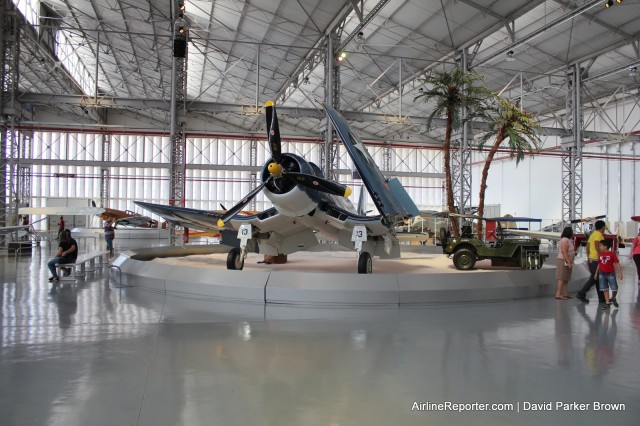 The TAM Museum had some themed circles that were pretty cool

The museum started with the idea of restoring an old single-engine Cessna 155 that was the first aircraft in TAM Airlines’ fleet and now has expanded to over 90 planes. The majority of the planes are still in flying condition, which makes them even more impressive.

The museum is over 65,000 square feet in size, which makes it the largest aviation museum in the world maintained by a private airline. 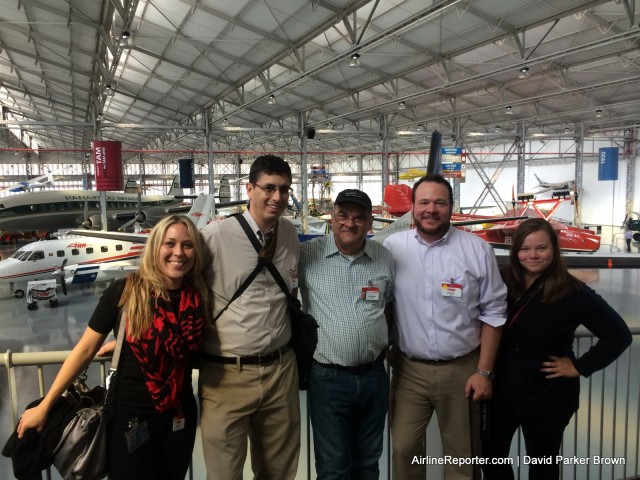 We were given a tour from the President of the Museum, João Francisco Amaro, and that was a real treat. He was one of the founders of the airline and there is no question he is a fan of aviation. He was quite excited that American media had traveled all the way to take a look at his museum. He asked why and all we could reply is that we are AvGeeks and love this stuff. 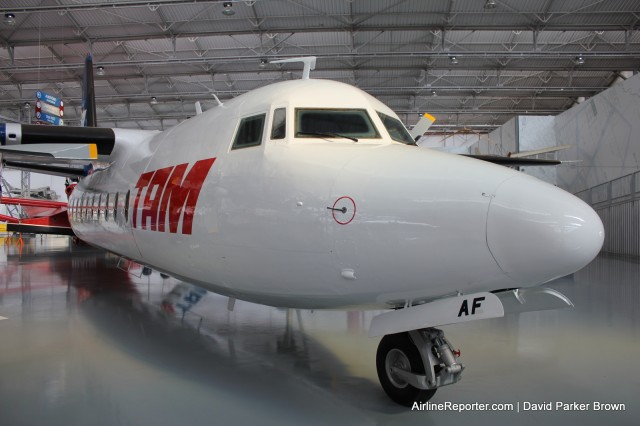 A Fokker F27 Friendship at the TAM Museum

It was obvious that Amaro loves his role overseeing the museum and people love him in return. During about 30 minutes or so with him, guests and employees kept stopping to shake his hand and he greeted them all with a big smile. It is great to see someone so passionate about aviation run a facility like this. His energy and passion comes through with the exhibits. 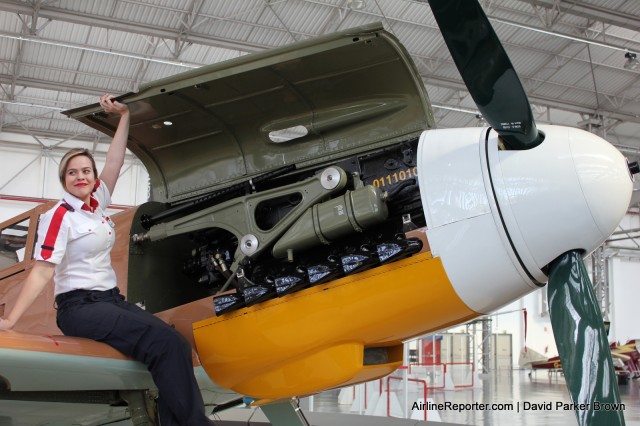 Many of the aircraft are kept in flying condition

Although I love anything that flies, but my heart belongs with the airliners. They had one of their Fokker 100s on display that you could actually go into.

There was also a Friendship F.27 and an Embraer EMB 110 in older TAM livery. Not to be missed, there is also a towering Lockheed Constellation on display in classic livery. 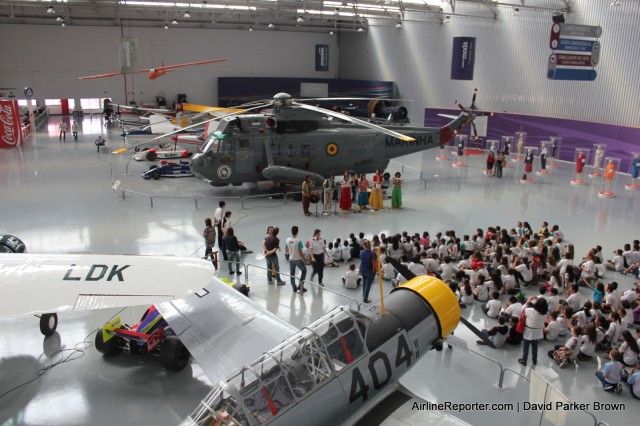 It is also nice that the museum is right next to the TAM MRO and there are windows that allow you to view the different aircraft being worked on. Although there is no public tour of the MRO, this lets you at least get close to the action.

If you find yourself in the Sao Paulo area and you are into pretty sweet aviation museums (you are reading AirlineReporter, so going to take a wild guess that you probably are), it is worth the effort to take a look at some classic birds and get a sneak peek at TAM’s maintenance facility.

It’s worth noting that João Francisco Amaro is the brother of the late Rolim Adolfo Amaro, founder and president of TAM.

I have to say it is refreshing to see an airline have so much pride in their product/heritage to show it off up close, but also to showcase other aviation aspects as well.

Wow I have never heard of this museum it looks amazing. I must add it to my bucket list