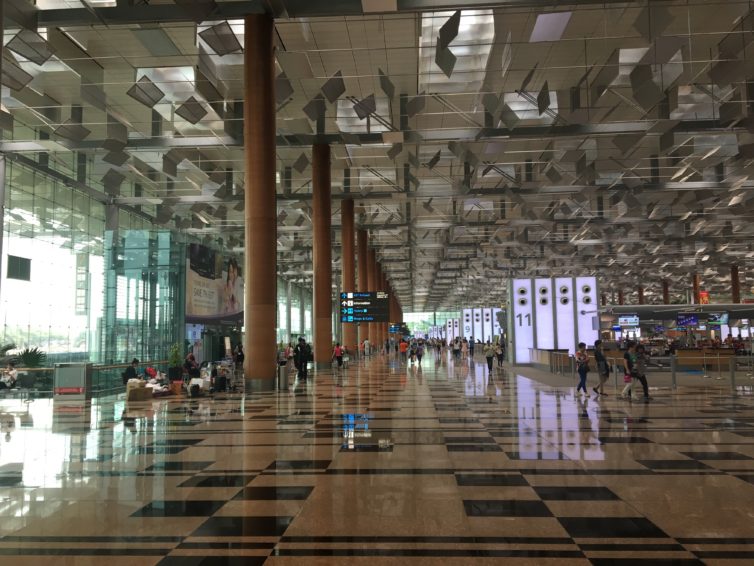 I recently needed to travel between Singapore and Hong Kong while on vacation. There are a lot of options for airlines and equipment for that four-hour flight. I had done the opposite route on the way there in Cathay Pacific business class on an A330.  Since I’d never had the opportunity to fly Singapore Airlines (SQ), despite the rave reviews, I decided to transfer points from my Chase account to my SQ KrisFlyer account to redeem for first class.  I figured the flight, while not long-haul, was long enough to get to experience the airline. 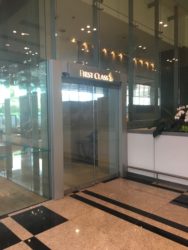 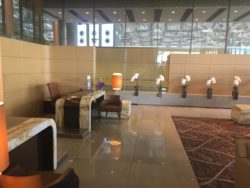 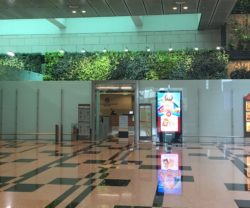 We arrived at the terminal via the MRT train. Given the chance again, I would have just caught a cab or an Uber, since it was nowhere as convenient and timely as, say, the Hong Kong airport express train. Also, when you arrive via car, you can be dropped off in the driveway of the private First Class check-in area. Instead, we had to wander through the terminal to find it – luckily my wife has become more patient with these types of adventures.

It has been over eight years since my last Singapore Airlines (SQ) flight. I have always had a great fondness for SQ; after all, it was the first airline I traveled on internationally when I was just four years old, going from Australia to Europe. Even when I flew them eight years ago, they were still in my opinion the carrier to beat in economy class. With much excitement and anticipation, I booked my next series of flights with Singapore Airlines, as they turned out to be the cheapest and most convenient option for a recent work trip to Southeast Asia. I was curious to see if they were still able to deliver a class-leading product in economy class, even with the ever increasing threat of competition from the three large Middle Eastern carriers.

I ended up taking four flights for my trip, but I will focus on the first flight I took from Munich to Singapore.  This flight left the strongest impression on me, and the fact that there were only about 80 passengers in economy class made for a very comfortable flight.