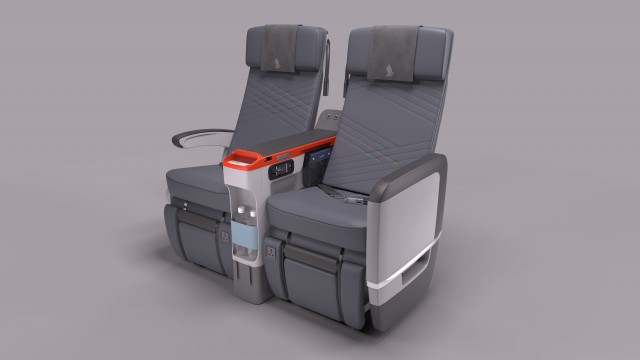 Many of Singapore Airlines‘ Asian and European competitors have entered the premium economy market over the past five years. It’s a growing segment. This left analysts and frequent Singapore passengers wondering if it was going to as well. After all, Singapore’s economy experience has not been anything below top-notch since its creation. Recently though, the airline announced that they would indeed be offering a premium economy product. 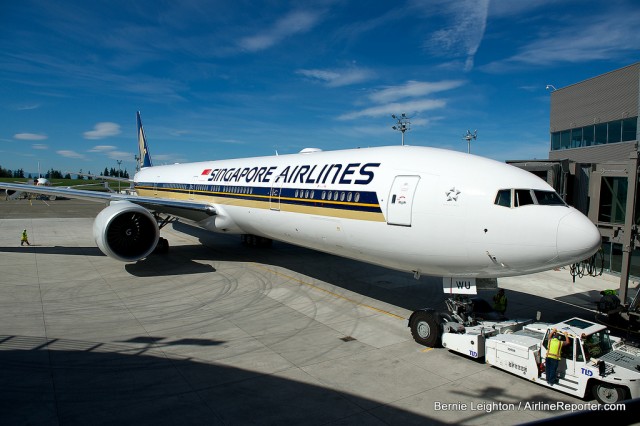 A Singapore Airlines 777-300ER at the Boeing Everett Delivery Center

’œMany of our customers have been asking for a Premium Economy offering and we are confident that what we are delivering will exceed their expectations,’ said Singapore Airlines Executive Vice President Commercial, Mr. Mak Swee Wah. ’œThe new cabin product is the culmination of two years of work, which included extensive research and focus group studies involving customers and our design partners.’ 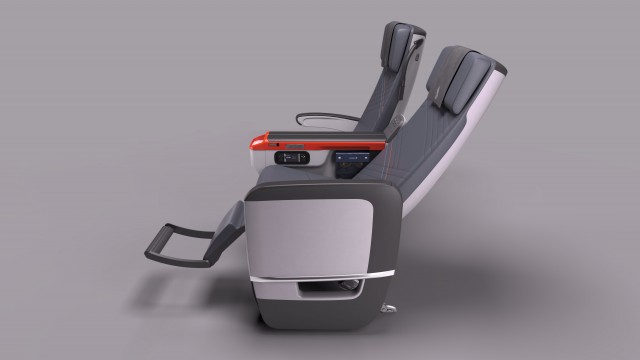 How could Singapore Airlines have created something that elevated economy, but yet didn’t detract from business? Seems they finally found a decent combination with this new seat.

BONUS: Touring the New Interior of Singapore Airlines on a Boeing 777-300ER 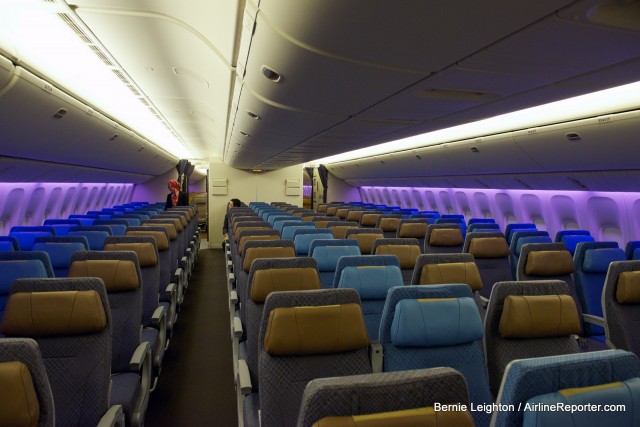 To make room for the new product, Singapore made some changes to their layouts. The new 777-300ERs are currently configured with eight first class seats, 42 business class, and 228 economy. The updated version will offer four first class, 48 business class, 28 premium economy and 189 standard economy seats. The new seats will be arranged in a 2-4-2 layout, compared to the 3-3-3 in economy.

On the Airbus A380, the there will be 36 premium economy seats, located behind the 12 suites on the main deck. There will be no changes to the number of premium seats, but economy will be reduced from 311 to 245. 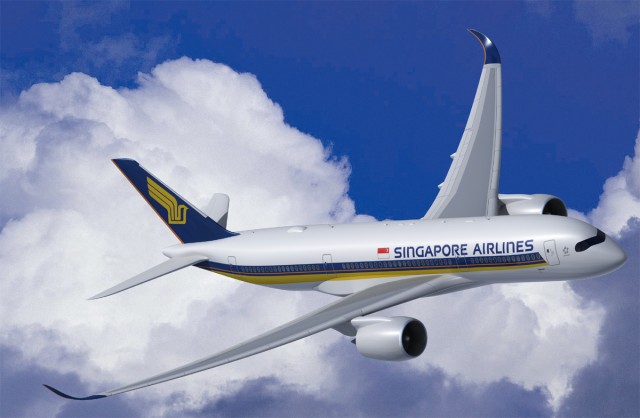 Singapore will take delivery of their first A350s with the new Premium Economy seat – Image: Airbus

Even though final configuration of the new Airbus A350 has not been announced, Singapore did confirm to AirlineReporter that they will offer 24 of the premium economy seats on-board.

Premium Economy is not just about the hard product, but an impressive soft product as well. The new class will provide an extensive range of food and beverage offerings, which includes the Book the Cook service, enabling advanced ordering of a selection of main courses.

BONUS: Behind the Scenes: How Singapore Airlines Prepares its Meal Service

Starting on August 9 of this year, Premium Economy will roll out on its first destination, Sydney, Australia. It will reach American shores in early December.

https://www.airlinereporter.com
OneJet – The New (Private Jet) Airline Nobody Has Heard of Yet
Flight Review: Seattle to Frankfurt via Condor Premium Economy