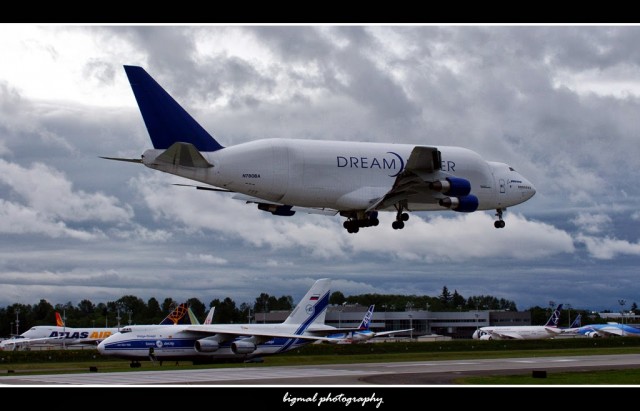 I have been under a Boeing 747-400 on the tarmac a few times and even been pretty close to the Dreamlifter, but neither compare to walking under and around one. The aircraft has such oddÂ  shapes and it seemed every angle provided an interesting photo.