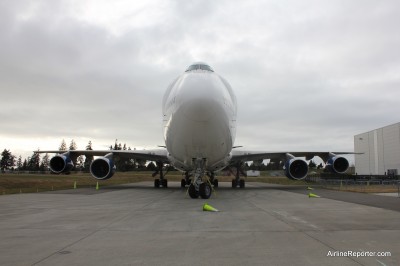 I have been under a Boeing 747-400 on the tarmac a few times and even been pretty close to the Dreamlifter, but neither compare to walking under and around one. The aircraft has such odd  shapes and it seemed every angle provided an interesting photo.

As always, it was great having all the wonderful aviation enthusiasts on hand during such a special day.

It was absolutely a joy. Thank you Future of Flight and David for sharing your knowledge.