Stop on the ramp while to take a panoramic photo of your aircraft? Sure! Photo by Jason Rabinowitz.

When you think of airports that appeal to AvGeek, a certain few will always come to mind: St. Maarten, Los Angeles, or maybe Paine Field. Some airports that probably don’t come to mind might be West Palm Beach, Burbank, and Ft. Lauderdale, but maybe they should.

In most major American airports, passengers flow directly from the terminal to the aircraft by the use of a jet bridge, never truly getting a good view of the aircraft they are about to board. At some airports, however, if you play your cards right, you are able to board the plane from the ramp, getting an epic view of your soon to be aircraft as you enter through the door. At some locations there passengers can both board from a jetway in the front and via the ramp in the back. 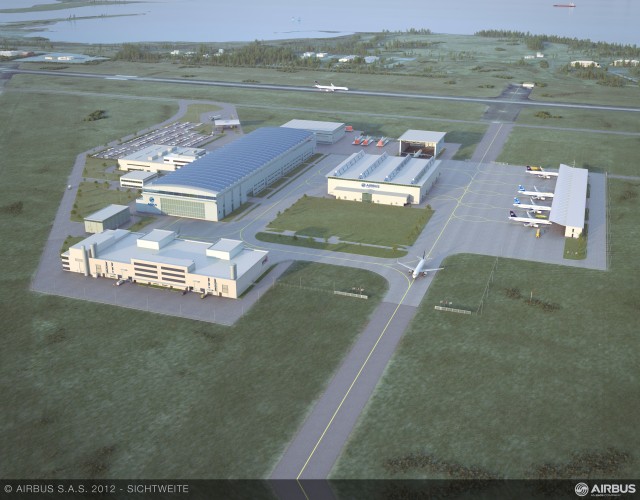 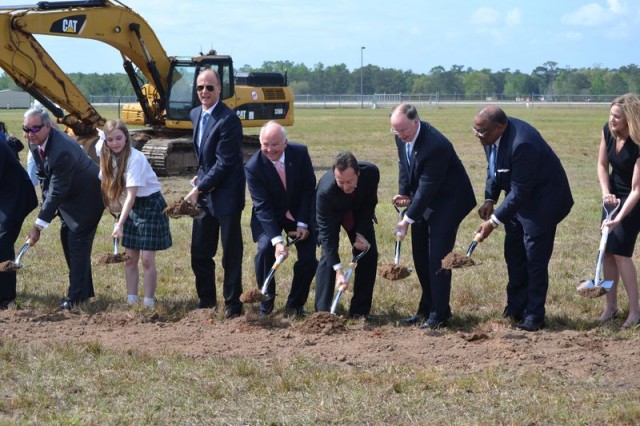 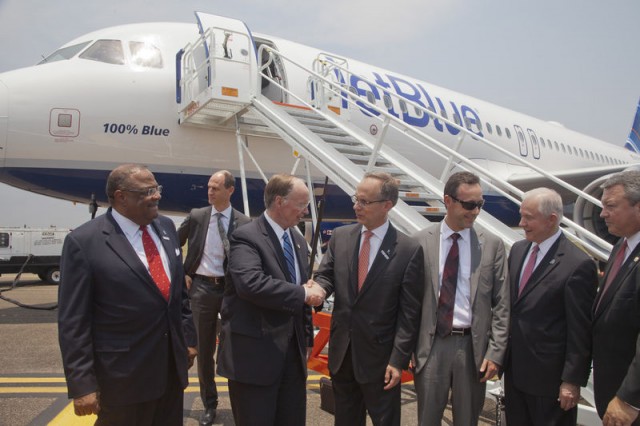 It is that time of year again for airlines and organizations related to aviation to come out with crazy stories for it being April Fools’ Day. Once again, we will try and track them down and share them. If you see others that are not covered here, leave something in the comments. 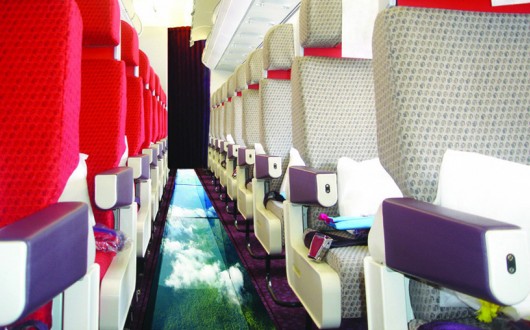 VIRGIN ATLANTIC TO OFFER SEE-THROUGH FLOORS:
From Richard Branson: Iâ€™m thrilled to announce that Virgin has created another world-first with the introduction of the technology required to produce the worldâ€™s first glass-bottomed plane. This technological innovation coincides with the start of Virgin Atlantic Airwaysâ€™ first ever domestic service to Scotland.

In 1984 we started the wonderful airline that is Virgin Atlantic. I am incredibly proud of yet another aviation breakthrough which has been years in the making. I canâ€™t wait to experience the first flight for myself with my family and other natural born explorers. 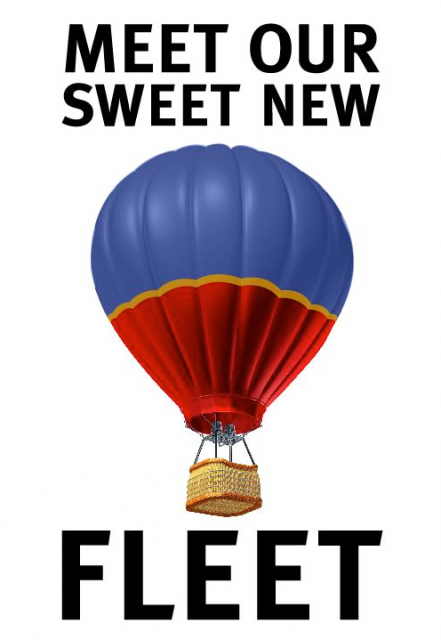 From the airline: When you’re flying nearly 500mph at 35,000 feet above ground, life passes by pretty fast.Â  Sure, Southwest has a suite of things to keep you entertained inflight: Video on Demand; WiFi; Live at 35; hilarious Flight Attendants.Â  Heck, we’ve even transported a miniature seeing-eye horse, and a couple endangered sea turtles.Â  But figuratively, you can’t have the hare without the tortoise.

Realizing the possibility that slow and steady may truly win the race, the answer became clear: it was time to float the grandest idea Southwest has ever had.Â  It was time to take things slow. The tortoise and the hare. Hot air balloons and Boeing 737’s, soaring fancy free, albeit at distinctly different altitudes, and at significantly separate speeds.

Flying does not have to be “ruff” any longer. Image from Virgin America.

From the airline: Weâ€™re of the mind that manâ€™s best friend shouldnâ€™t get the raw deal when flying long distances, so we partnered with Boo, Worldâ€™s Cutest Dog â€” and our very own Pet Liaison â€” to throw furry flyers a bone. Over the last year (and with Booâ€™s doggy design expertise) weâ€™ve converted our first class cabin into a space as tricked out as our state-of-the-art digs at SFOâ€™s Terminal 2.

JetBlue adding more destinations? Probably not really these ones. Image from Jeremy Dwyer-Lindgren.

From the airline: Weâ€™re excited to announce three tantalizing new destinations, expanding this fun-loving airlineâ€™s borders to three new countries and giving travelers more options for flying to some of the farthest-reaching dots on the globe, including:

Customers looking to climb an active volcano in Rabaul Caldera, experience a new sub-zero Canadian vacation spot or visit their Coolangattan relatives can now hop a flight with their favorite, customer service-friendly carrier. Once-daily flights to all three new destinations will be offered from our existing stations in Portland, Maine and Aquadilla, Puerto Rico. Twice-weekly flights will also be offered between Papua, New Guinea and Coolangatta, Australia with connecting service in Ilford, Canada(a). 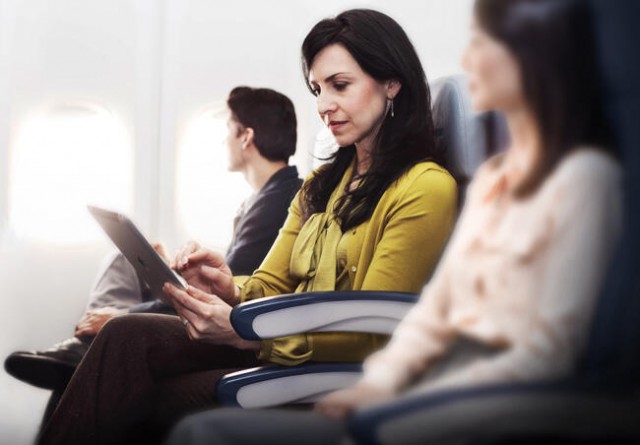 More room for the arms. Image from Delta.

ALL ANIMALS ON BOARD WESTJET

From the airline: WestJet today announced the easing of restrictions on pets in the cabin. All WestJet flights will now allow for any type of animal to travel in the cabin provided it fits safely on board the aircraft.

“We recognize that a growing number of families want to travel with their ‘extended’ family and we are proud to be the first airline to offer this type of service,” said Richard Bartrem, WestJet’s Vice-President, Communications and Community Relations.

Thanks Allen for finding this one.

Be sure to check out WestJet’s video… 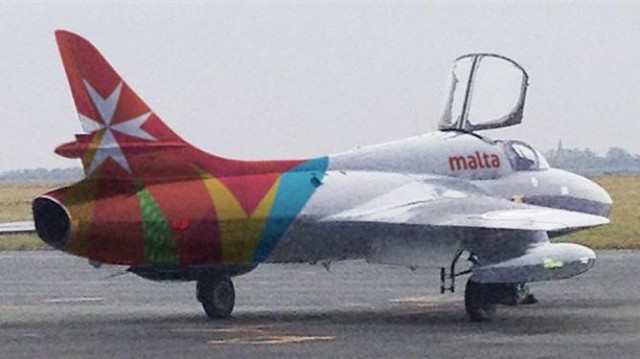 From the Malta Independent: Air Malta has bought a 1950s privately owned two-seater Hawker Hunter fighter jet. The historic airworthy military aircraft will be painted in Air Maltaâ€™s new livery and will be used to generate new revenue streams for the airline. The aircraft will also be used to promote Air Malta and the Maltese Islands abroad by participating in a number of air shows around the world.

Plans have already been made by the airline for a soon-to-be-launched novel product â€˜Jet Fighter Adventure Flightsâ€™ – an adrenalin rushing thrill seeking fighter aircraft experience that has become very popular in several countries around the world. These flights-of-a-lifetime will be available for purchase on the airlineâ€™s website www.airmalta.com. 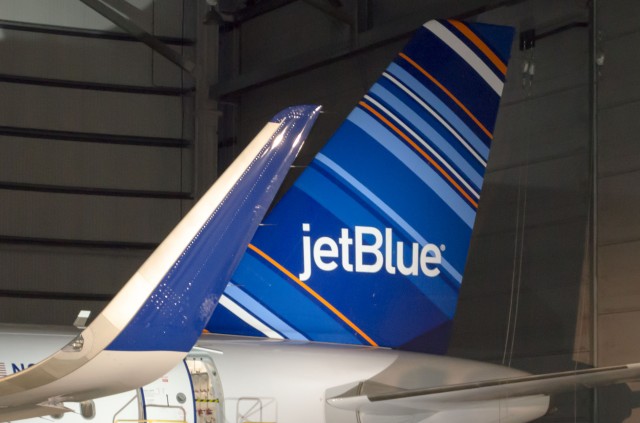 How does anÂ  airline burn less fuel, and make their aircraft look cooler in the process? The answer is simple: Winglets. Actually, in this case, sharklets. In late 2012, Airbus finally delivered their first A320 with blended winglets to AirAsia, which they have affectionately named a sharklet. Sharklets promise a reduced fuel burn of up to 3.5 percent, which leads to less CO2 emissions and greater profits air airlines.

New York based JetBlue is the first North American airline to sport sharklets, and is also the first airline worldwide to retrofit a production A320 with sharklets.Â  The retrofit was completed by in-house technicians at the airlines John F. Kennedy Airport maintenance hanger.Â  At an event Wednesday, JetBlue and Airbus were proud to show it off.

“I’m excited,”Â said Mark Powers, JetBlue Chief Financial Officer. “But I’m not excited that when the plane flies to San Francisco, its going to save us $568.75. No, no, I’m not excited about that. Nor am I excited about the fact that this airplane will save, conservatively, $350,000 a year. Nah, that doesn’t excite me either. And actually, once the whole fleet is retro fitted, were going to save $45 million a year, but that doesn’t excite me either. What really excites me, this airplane looks really cool. Winglets complete this aircraft.” 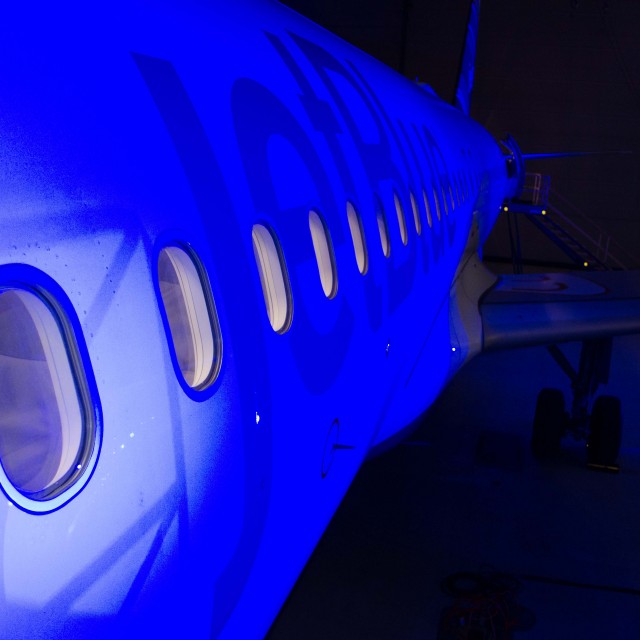 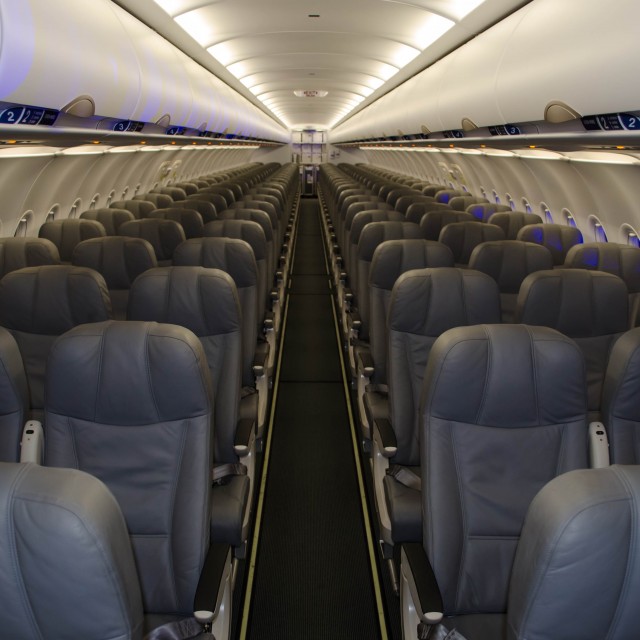 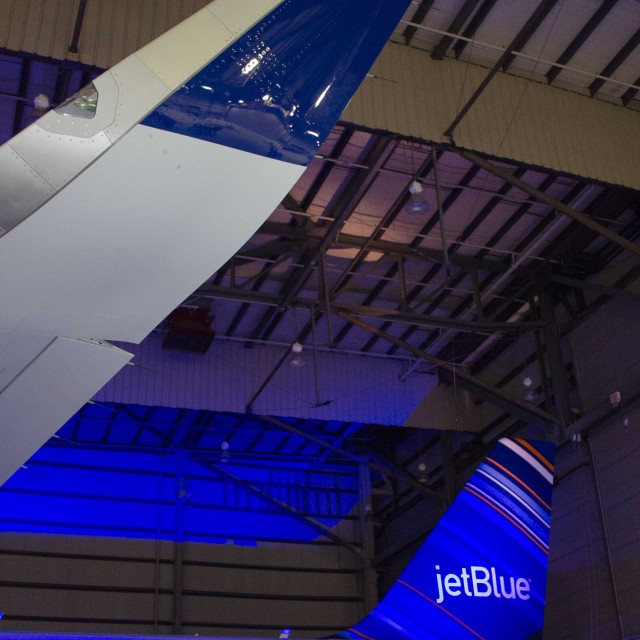 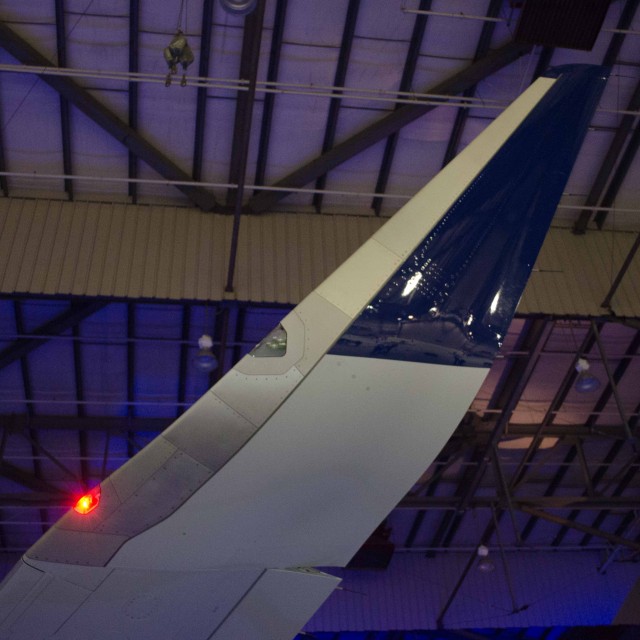 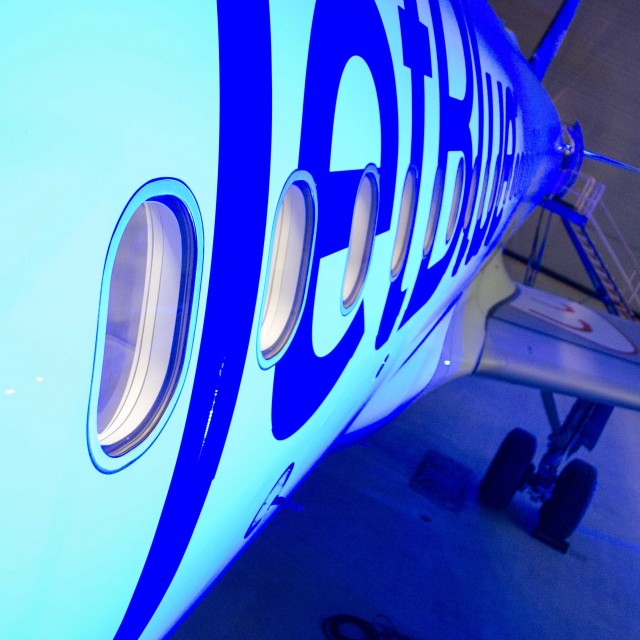 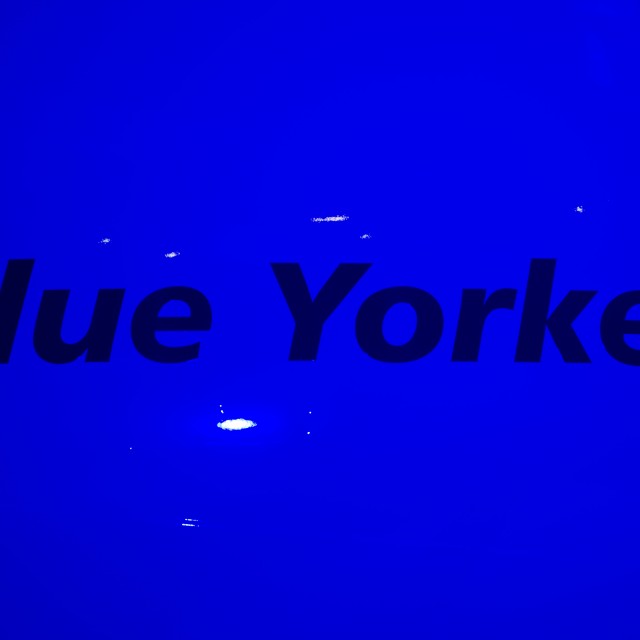 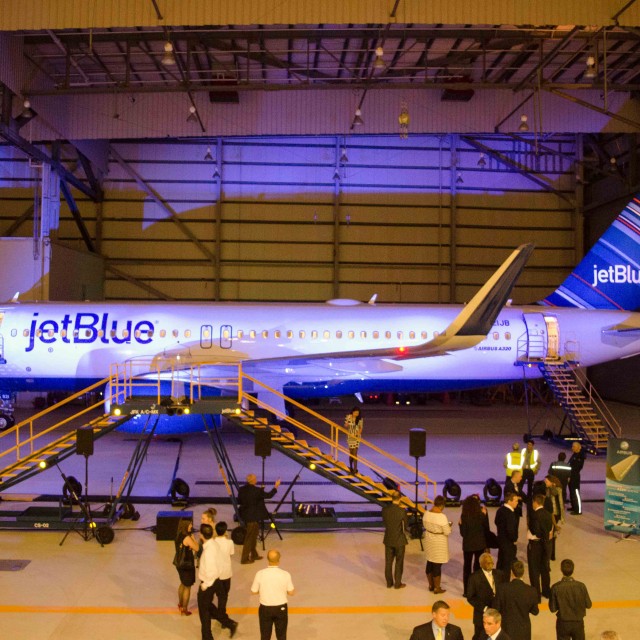 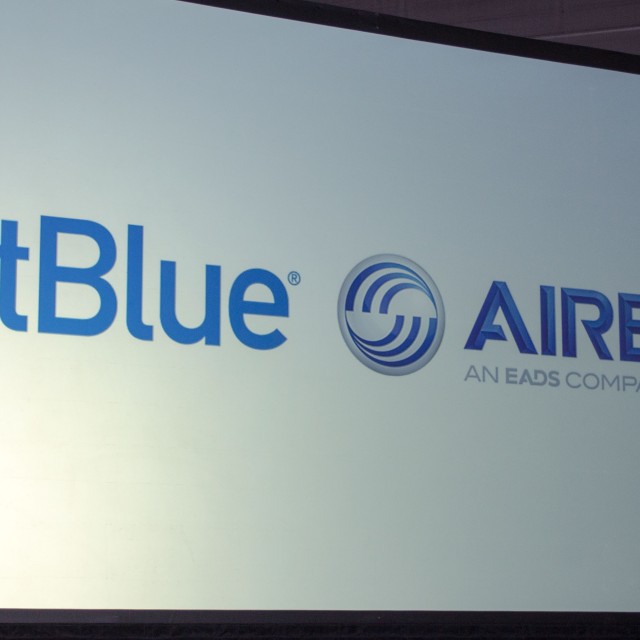 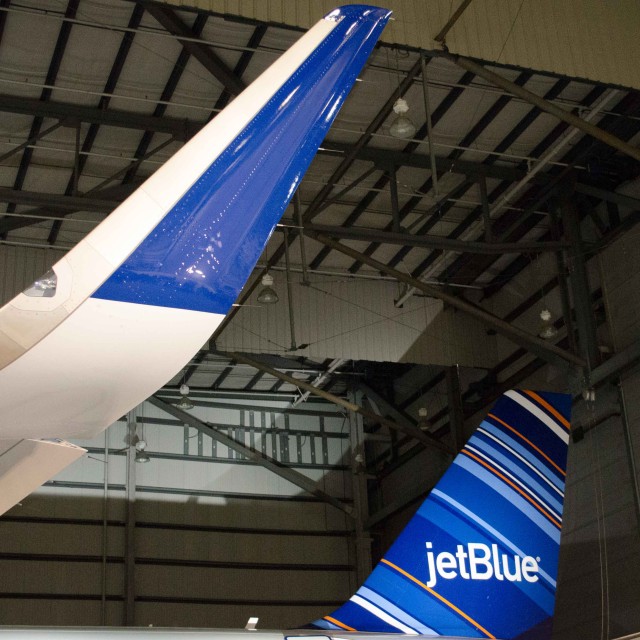 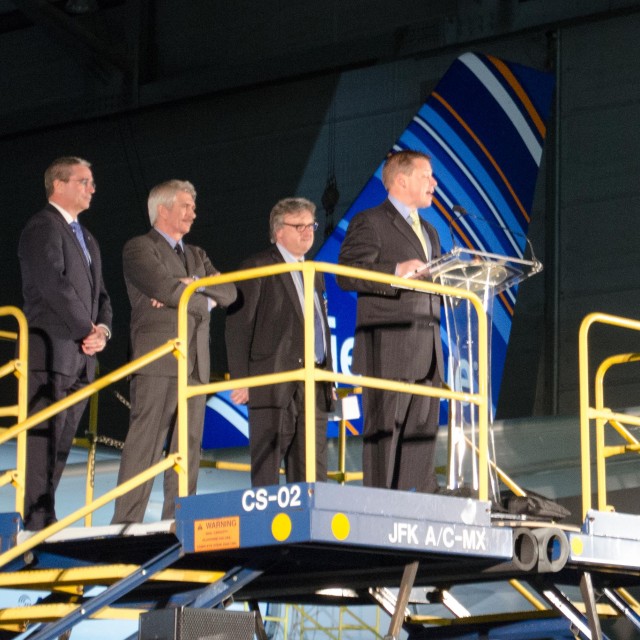 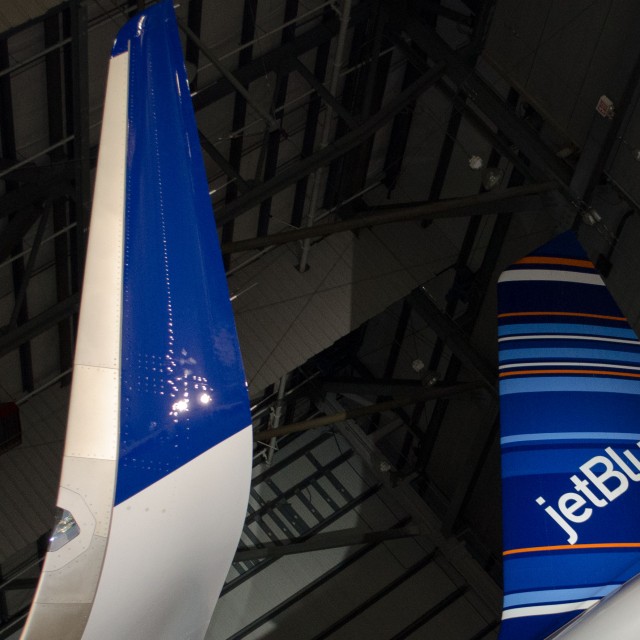 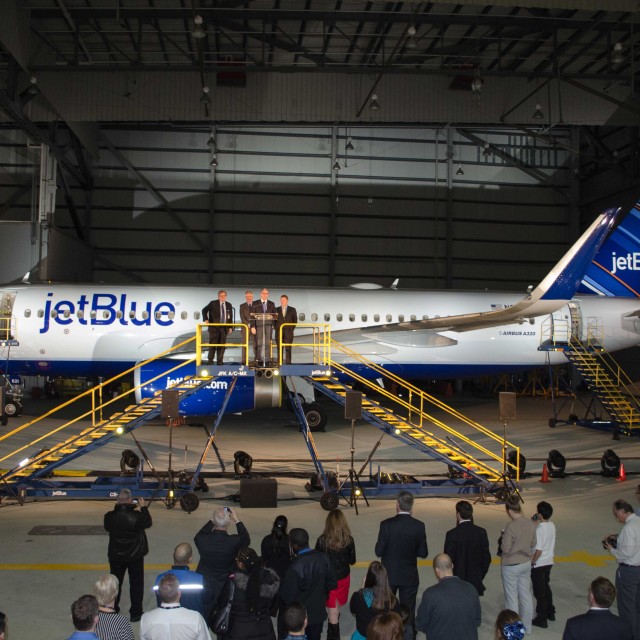 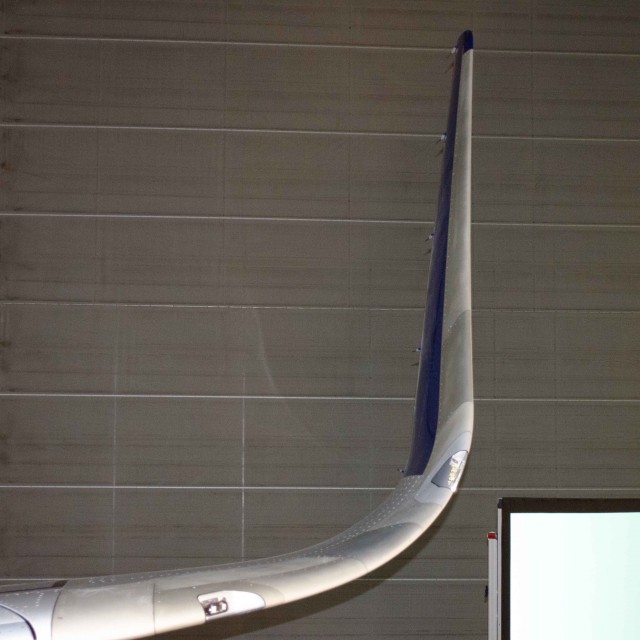 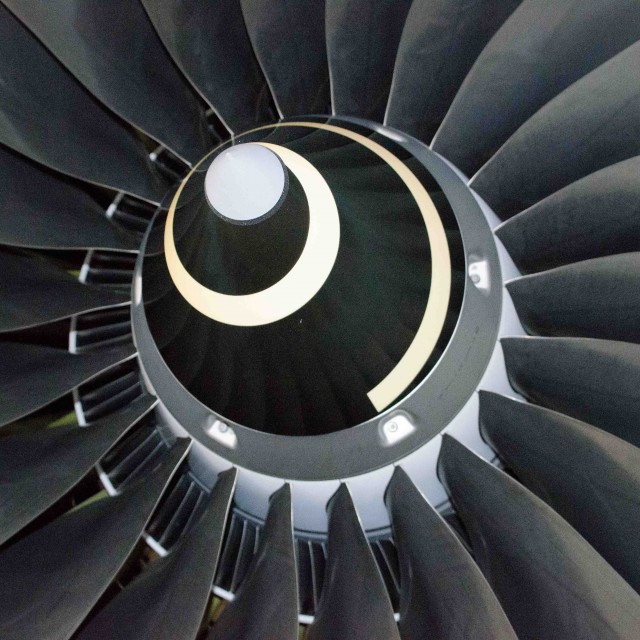 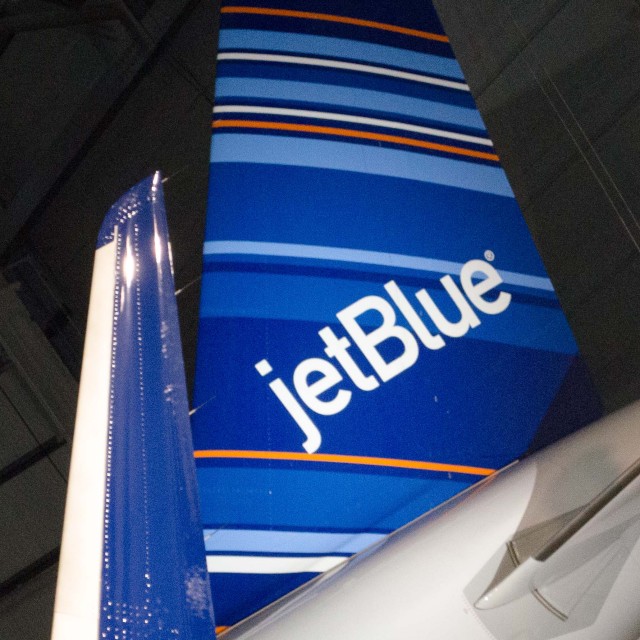 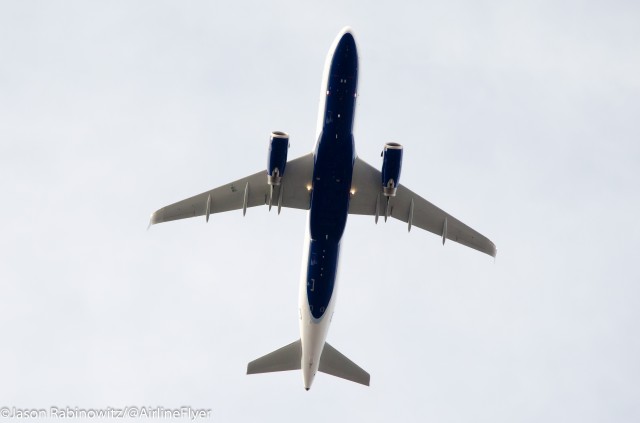 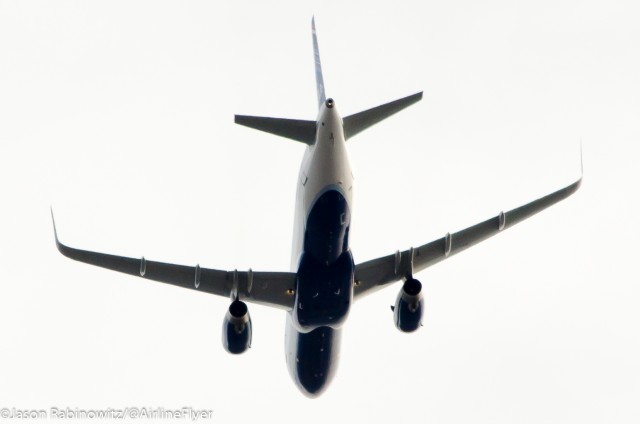