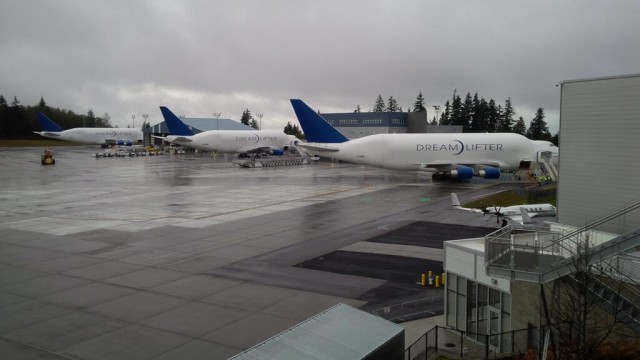 On November 10th, that is exactly what happened next to the Future of Flight – Aviation Center & Boeing Tour — and what a view. The Dreamlifters were parked at their new Operations Center and the Starship was at a fund raiser for the Future of Flight.