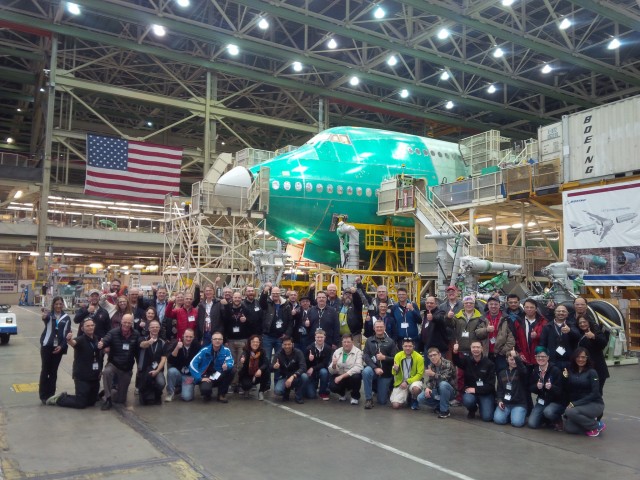 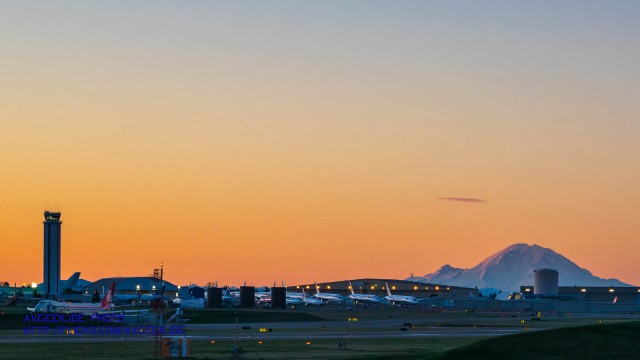 Airways Brewing Company and AirlineReporter are very excited to announce the new #AvGeek beer! It is aÂ Hoppy Pale Ale and one of the coolest parts? It is using “experimental hop 727.” Who doesn’t love a 727, either being the tri-holed airliner or a hop?

No, this is not a paid advertisement. No, I am not getting any kickbacks here.Â Yes, I should say that I have been able to enjoy some of this beer. But when something this cool comes along, from a few goodÂ people, we surely want to share!

Need #AvGeek credentials? That is a Boeing 747 radome (nose cone) on the wall in the brewery. It actually came from the Evergreen 747 that is currently on top of the Evergreen MuseumÂ – Photo: David Parker Brown | AirlineReporter

They have been working hard to get it ready, and if you are going to Aviation Geek Fest; good news! It’s going to be servedÂ at the AvGeek Social on Saturday night (there are still Mini Tickets for sale, where you get to attend the social).

It is still unreal that Full Aviation Geek Fest Seattle (AGF) tickets sold out in less than 30 seconds. We know that there are many of you who were hoping to get tickets and weren’t able to get them. That bitesÂ and we are sorry – blame it on the old rule of “supply and demand.” There were also some technical issues that popped up because of the overwhelming demand that didn’t make things any easier. Again, we apologize. We are looking how to improve the process in the future (and hopefully allow more people to enjoy this epic event), but for now, we still have AGF15 to look forward to!

The sale of Mini Tickets has now closed

UPDATE Jan 21st:Â Tickets will go on sale at 4:00pm PST on Monday January 26, 2015. We are set to release more details on Thursday, January 22ndÂ on the final schedule, what tickets will be offered and how the two dates will be organized.Â

UPDATE Jan 22nd: A new page has been created with much more detail about the event. Most has been removed from this page.Â

Thank you all so much for patiently waiting on details for Aviation Geek Fest Seattle 2015Â (#AGF15), taking place in Seattle, WA on February 21st and 22nd. Believe me, there have been manyÂ people working behind the scenes (yay Future of Flight) to make this year’s event amazing and a little different — I am really excited. Â We just hit some snags, which delayed our timeline, but the wait will be worthwhile.

What is Aviation Geek Fest?Â It is a two-day aviation extravaganzaÂ that let’s you get access to things that the general public cannot.Â Check out our schedule last year for AGF14 and then check out the story covering what happened during the event.

I know many of you are anxious about getting your tickets and they will be on sale soon. Of course there are still some unanswered questions, but this is what we can share so far: