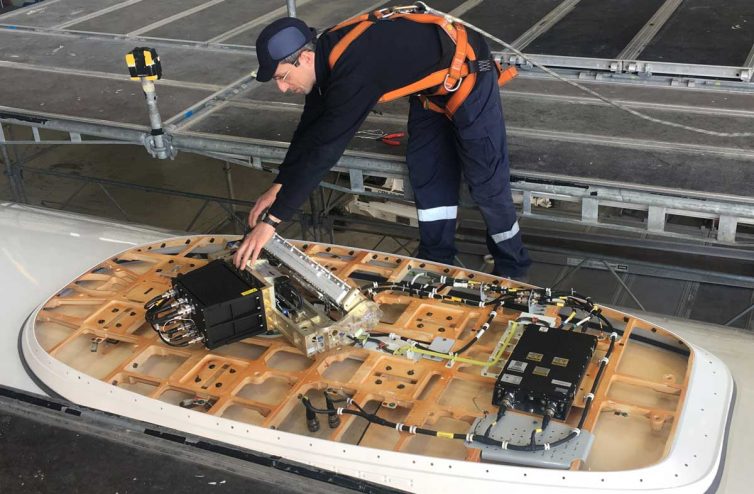 Lufthansa chose a technology I first learned of way back in the summer of 2014 at Honeywell’s International Media Days event, but had yet to see deployed. Honeywell’s JetWave hardware works with Inmarsat’s Global Xpress (GX) service, the first high-speed broadband network to span the world. Lufthansa’s new in-flight connectivity, a Ka solution, can provide sustained peak speeds of around 50 MBPS per aircraft, compared to about half that for traditional single antenna Ku solutions. What does this all mean? Capable connectivity that should enable sufficient speeds for data-thirsty passengers.

True to Germany’s reputation for innovation and efficiency, Lufthansa’s engineers have developed methods to install the new solution in as few as four days. One of the most striking facts I learned during my time with Lufthansa Technik was that they can install the JetWave antenna with fewer than 100 rivets. For comparison, Global Eagle (formerly known as “Row 44”), the Ku-band solution used by Southwest Airlines, requires more than ten times that amount. Fewer rivets mean fewer fuselage holes to be patched up when aircraft transfer ownership or come off of lease, and fewer labor hours, resulting in a quicker installation. 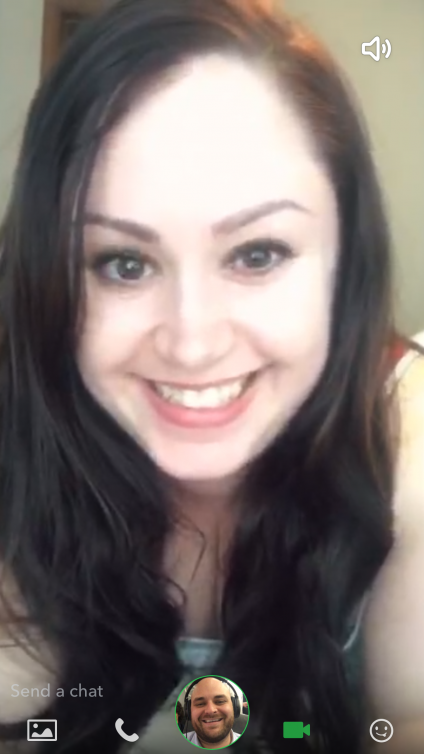 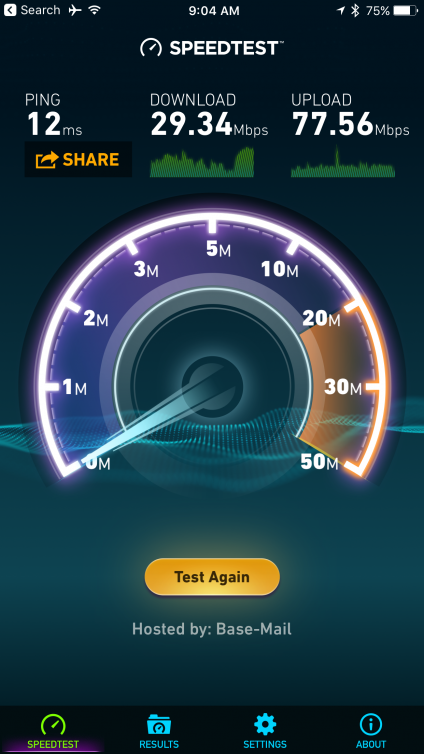 I had the opportunity to experience Lufthansa’s new in-flight connectivity solution aboard D-AIDB, an Airbus A321 carrying flight 1311 between Malta and Frankfurt. The IFC came online roughly ten minutes after takeoff and proved speedy and capable despite the having some of the most data-intensive passengers in existence aboard: Aviation writers.

Sadly, the IFC went offline for about 45 minutes of our 2.5-hour flight. Following the outage, I was skeptic of the stability and decided to look for ways to test the continuity of the solution. The easiest test for this is video chat, but the standard go-to solutions (FaceTime, Skype, etc) had already been identified and blocked. Thankfully, we found an off-the-beaten-path option via SnapChat. While phone calls are frowned upon aboard planes (and for good reason!) this was a test environment.

In the spirit of bending the rules (for science!), I took the liberty of phoning my partner in crime back on the other side of the Atlantic. I’m pleased to report our call was stable and we were able to squeeze in a few good minutes before I returned the more serious business of testing the IFC by streaming Netflix, YouTube, Amazon Instant Video, and catching up on various social media platforms.

As of mid-April, 2017 the airline has equipped 30% of its A320 family, and about 70 aircraft in total. When I first met with Lufthansa Technik they were deploying the solution to seven new aircraft per week, but as of just a few days ago, that rate has risen to eight. The airlines expect to complete deployment to their short/mid-range aircraft by the middle of 2018, less than two years since completion of the first install.

There are now are ten aircraft between the Lufthansa and Austrian fleets which are offering the new connectivity for free to passengers during its test phase. During this period final items will be tweaked and the airlines will analyze passenger behavior and usage trends to further enhance the service. While the formal launch of the system has not yet begun, they are optimistic it will occur within the next few months.

Disclosure: Travel and lodging for this trip were provided by Lufthansa. Our opinions are always our own. Stay tuned for a review of Lufthansa’s Business Class offering aboard the 747-8 to and from Europe.

LUCKY! Flying Aer Lingus Business Class on an Airbus A330
First Flight of Boeing’s 737 MAX 9 Achieves All But One Goal
1 Comment

Love the story, waiting for the review!