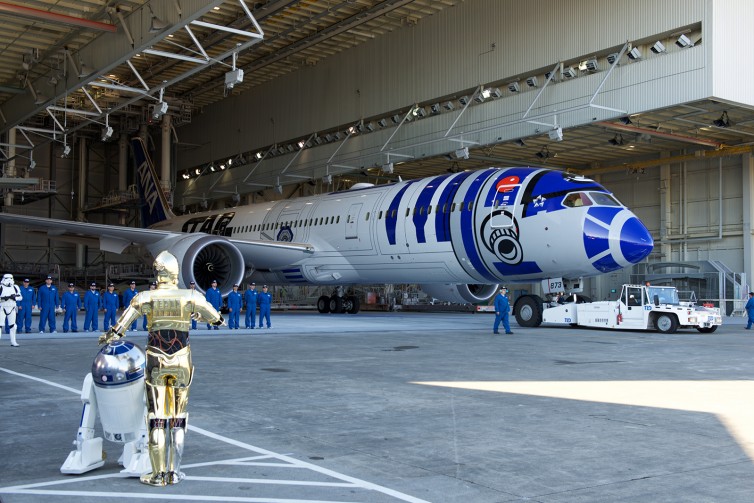 R2-D2 and C-3PO gaze upon the wonder of such a large Astromech advertisement – Photo: Bernie Leighton | AirlineReporter

Not only were representatives from ANA and Boeing in attendance, but there was also a representative, in droid form, from Astromech. He, however, seemed a little bit shy, and when overwhelmed would let out quite a loud metallic scream. Thankfully, his good friend and Protocol Droid C-3PO was always close by to calm him down. Also in attendance were military representatives from the Empire. He was much calmer, and as excited as an emotionless droid can be, when it was time for the, above, reveal.

To be fair, I’d be pretty smug to get my face on a plane! 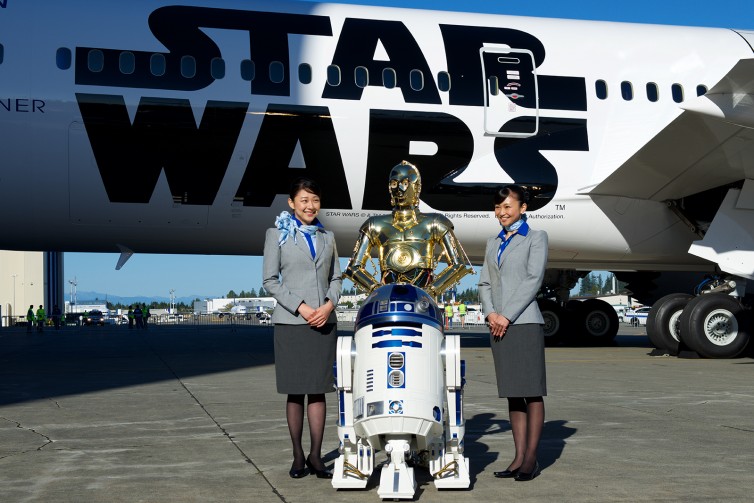 While C-3PO is fluent in over six million languages, he is not a trained flight attendant – Photo: Bernie Leighton | AirlineReporter

Sadly, neither him nor R2-D2 will be allowed to partake in cabin crew operations. Thankfully, the flight attendants they are posing with are probably capable of doing a better job. They also wont freak out and start projecting holograms at sleeping passengers… Unlike some of the pictured participants. Not going to name names. 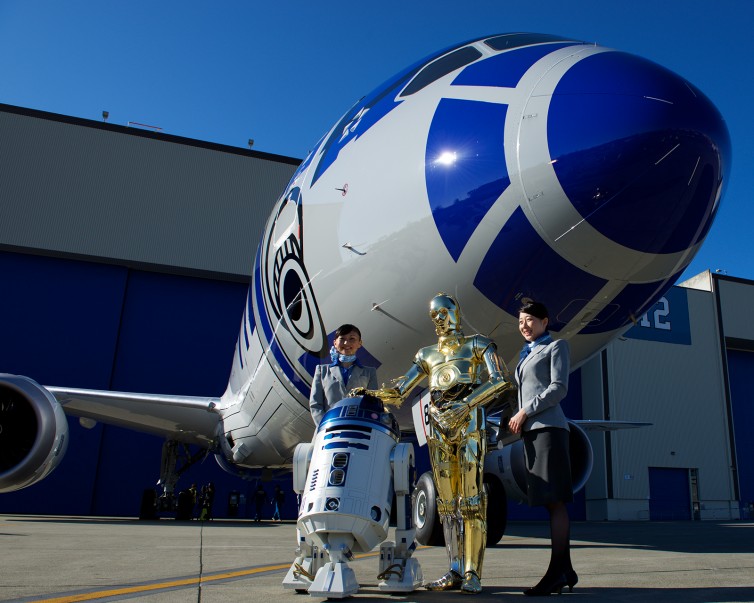 I will admit, it is not quite a 100% likeness – Photo: Bernie Leighton | AirlineReporter

ANA’s stated goal with their Star Wars project isÂ to engage with the American market. I can safely say they’ve done that. It’s not every day you get to see such a fantastic livery, let alone hang out with a couple of celebrity droids!

ANA’s first (international) flight with this aircraft will be to Vancouver some time in October. The Force Awakens, of course, will be in theaters December 17. 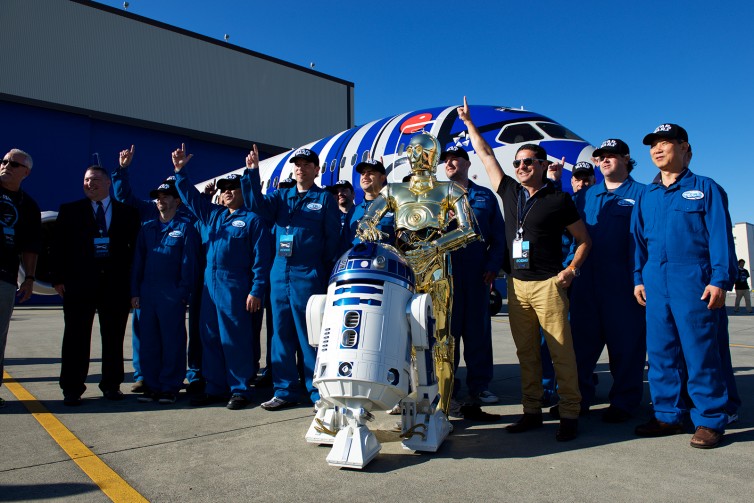 A huge thank you to Boeing, ANA, the stalwart Boeing painting team, and Disney for making this plane happen! Photo: Bernie Leighton | AirlineReporter

In the video below, you can even see how Boeing painted this plane.

David,
I have followed you since just a few weeks after you started this blog. It is awesome to see how far this blog has come. Multiple reporters and views, as well as much more depth in your reporting. Your trip reports are spot on.
Your new look is awesome. Very classy and fresh. I know you dropped some serious coin on that, but the result is top notch and reflects your attitude and approach to what you are doing.
I have always loved a success story. I am watching this unfold as I write this. Congrats .