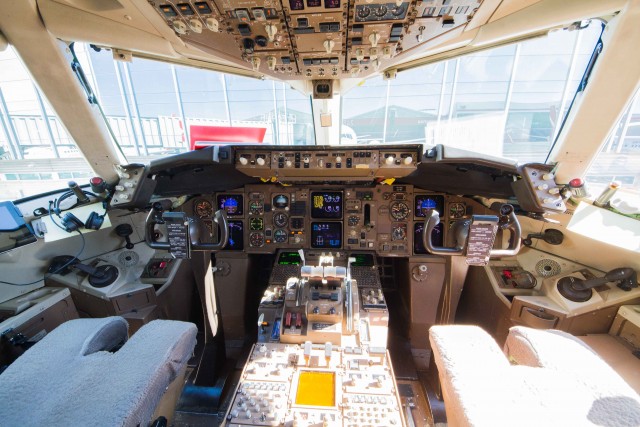 The office of a true Aussie icon will be greatly missed by many AvGeeks – Photo: Jacob Pfleger | AirlineReporter

The final international passenger service operated by the Qantas 767 wereÂ the Sydney-Honolulu-Sydney flights, which remained in 767 operation until September, 2014 when the service was replaced by the more fuel-efficient A330 aircraft.

As Jetstar continues to take delivery of the Boeing 787, Qantas is reinstating the Airbus A330-200 aircraft, which have been operating under the Jetstar brand name, back in to the mainline Qantas fleet as a suitable substitute to the 767. 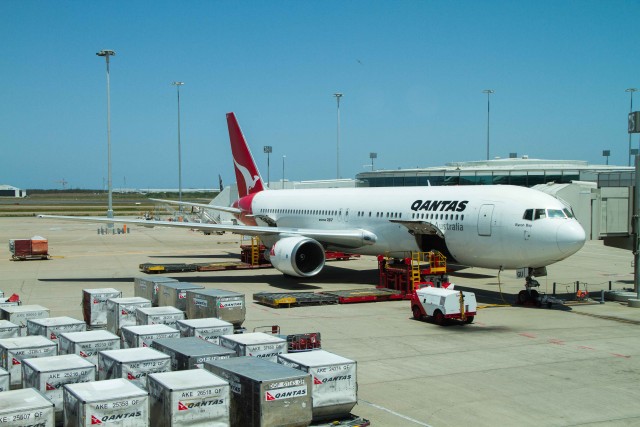 There was much fanfare brought on by the final Qantas Boeing 767 flight.Â The flight, operated from Melbourne to Sydney, was aptly renumbered to QF767 and there were many AvGeeks on board to cover this truly historic event. 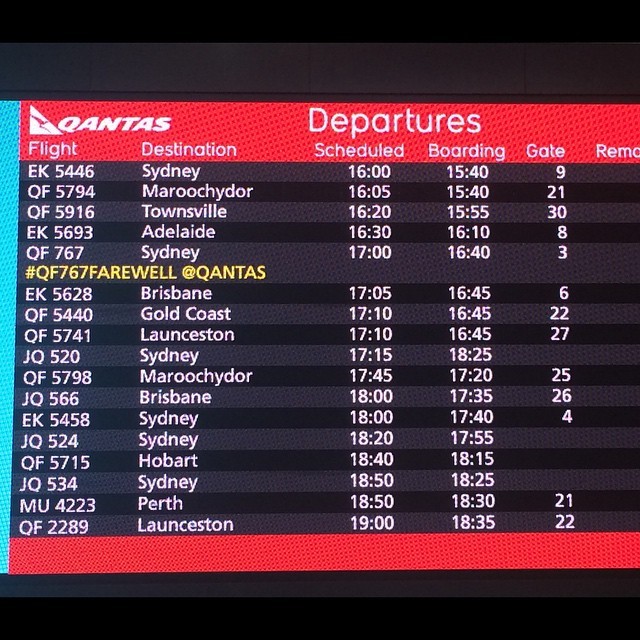 Passengers on the final flight were provided with many gifts, including commemorative t-shirts. They were also treated to a fly-byÂ of Sydney Harbor on the arrival, as well as water cannon salutes in both Melbourne and Sydney. It really was a fitting tribute to this outstanding aircraft, which graced the Australian skies for nearly 30 years. 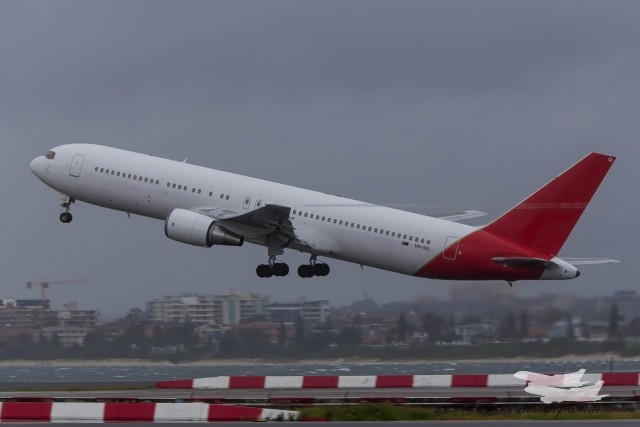 So where to now for the Qantas 767s? Well, as with all other previous aircraft, even VH-OGL’s final fate lies in the dry and barren desert of Victorville, in California. It really is a shame that Qantas has not elected to preserve one of the aircraft, as they have done recently with their first Boeing 747-400, VH-OJA. Whilst the 747 is the true icon of Qantas international operations, it would also be nice to pay tribute to the workhorse of the domestic fleet. 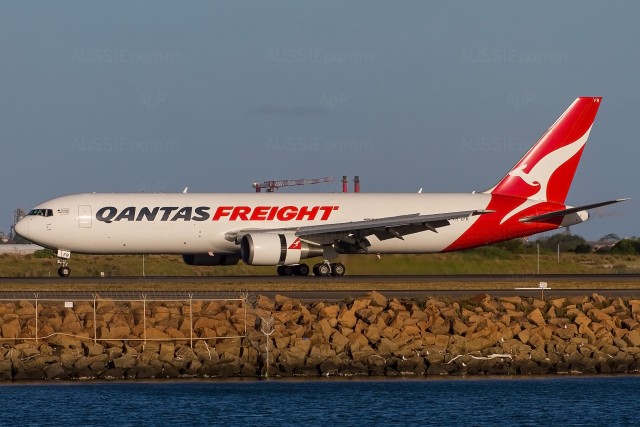 All is not lost; Qantas will continue to operate a freighter version of the 767-300 – Photo: Bernard Proctor

Although it may be sad that the passenger versions of the Qantas Boeing 767 may no longer be around, the sole Qantas 767-300F freighter is still in operation, and has a few good years left under its belt. So all is not lost for the AvGeeks and 767 lovers among us.

https://www.airlinereporter.com
Our Top Favorites of 2014 – AirlineReporter Yearly Review
A Demonstration Flight Aboard the First Airbus A350 with Qatar Airways
10 Comments

Farewell 767!
I flew on one of these from CNS->SYD some years in the late ’90s. It always struck me as a bit odd to fly such a big plane on a comparatively short route, but story here puts a bit more sense to it.

No shots of the 767s in that glorious Australian Airlines paint scheme? 🙂

One important thing to remember. This airplane and its sexy sister, the 757, were perhaps airplanes that have represented the greatest jump in technological improvements in commercial aviation. The jet age, i.e. the 707s and DC 8s were huge improvements having jet engines, but in terms of avionics and aircraft systems, the 76/75 family were revolutionary in design. Of course the Concorde is an exception, but its the 76/75 aircraft which provide the template for follow-on aircraft. Even the 787, 30 years later has the same look and feel in their cockpits.

I flew on a Qantas 767 from Sydney to Darwin a few years ago. I was surprised that a 767 was making that trip considering all the 737s and A320-family aircraft used for similar distances in the US. I also got a great sense of Australia’s size and emptiness … for the entire 5 hours between the two cities, we rarely saw any lights on the ground!

Is it not correct that at least one of these aircraft (VH-OGT?) is going to Westjet?

4 767’s will be headed to WestJet. I believe they are all previous Qantas owned.

You will be happy to know that the 767 aircraft mentioned in this story, VH-OGL, has a new home and its not a desert…WestJet is the proud new papa of it along with 3 other ex Qantas units although it will look a tad different with winglets.

With the addition of the 767’s will this mean that Westjet will be getting into the European market?
It would be nice to have a choose with Westjet flying to Europe from Toronto.

it’s hard to believe that Qantas choose not to honor the aircraft and the brand with a museum donation as they did with the 744. I’ve flown the 767 along the east coast Brisbane-Sydney-Melbourne routes, it was High Cotton time to see the big, proud bird rather than a single aisle, 320 fireplug awaiting me. The cockpit folks seemed to have a reverential love for the airframe, which wasn’t tough to understand. I don’t know how the 767s trip completion figures compare with the 330 or 744, but in the minds of many pilots I spoke to, this aircraft was bullet proof. I strongly recommend the documentary (on YouTube, lookup Qantas) highlighting a Qantas 767 delivery to the Mojave boneyard, this viewer along with the very personable captain come close to tears when the landing lights are turned on and the final ATC communication is complete. The Aussie host is a bit too much, trying way too hard to be the Aussie we expect to see in the Paul Hogan movies.
I would guess that, Fed-Ex, UPS might be looking to replace some of their beaten up A-300s, DC-10s with a pristine Qantas 767, the WestJet news is interesting, Calgary to Narita, Calgary-Toronto-London?

To the 60 minutes journalist who comments on the Mojave documentary. Sir, You might feeel safer with an all-female crew but that is not borne out by any logic or statistic. I suggest you close your pie hole – your comments were an insult to all air crew – flying does not give a shit if the PIC has tits or balls. And the top end both guys and gals are equally proficient. I wouldnt mind throwing badly educated, moronic journalists (who feel the need to influence the piblic with PC shite) out of a cargo hold at FL350 but unfortunately the pressure differential is a bit too much. On aother points, the journalist concerned clearly knew precious little about aircraft or the aviation culture, and the flight crew were rather bemused at his comments – they are, afer all, full professionals regardless of their gender! On to more pleasant topics – nice that the old girl is up and flying again – and particularly with a concern that will keep on looking afer her. To 60 minutes – stay on the ground – you are at least partially adequate there.