Qantas AirwaysÂ is in the process of retiring their final 767-300ERs and the TV show 60 Minutes produced a story following VH-OGG from Australia over to Victorville Airport (VCV), home ofÂ probably the most famous airliner graveyard. Many times the main-stream media drops the ball when it comes to stories like this, but I have to admit that they did a pretty darn good job! 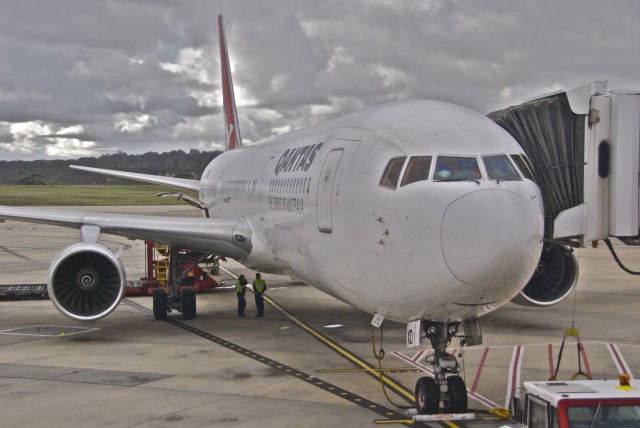 The last Qantas 767 scheduled flight will take placeÂ on December 27th of this year. According to Australian Business Traveller, after the final scheduled flight, the aircraft will conduct an “Australian Tour” around the continent before finally saying goodbye to the white kangaroo.

Then, the aircraft, like the others, will be flown to Victorville. Because these aircraft still have some life in them, it is likely that they might fly again. Either they will be converted into cargo operations or some secondary airline will breath new life into them. Until then, they will sit and wait with the rest of the proud birds looking for a new home.

Not bad having served 24 years.

Perhaps the Israelis may like to convert it to a multi-role tanker, currently in competition against B and A for the Korean acquisition request.

Great story. It’s nearly as much about the 747 as the 767. Nicely and sympathetically produced. Thank you for posting, David.

Great video and a look at what emotions some of these aircraft conjure up for us. Thanks for sharing David.

It is nice knowing we aren’t the only folks that get emotional over aircraft :).

Emotion stirring video. How many millions of passengers must have this aircraft carried. Retirement of a gentle giant. Very well presented. Thanks

What a great story – well presented. Imagine a Geekfest event, camping over a weekend in the middle of VCV.