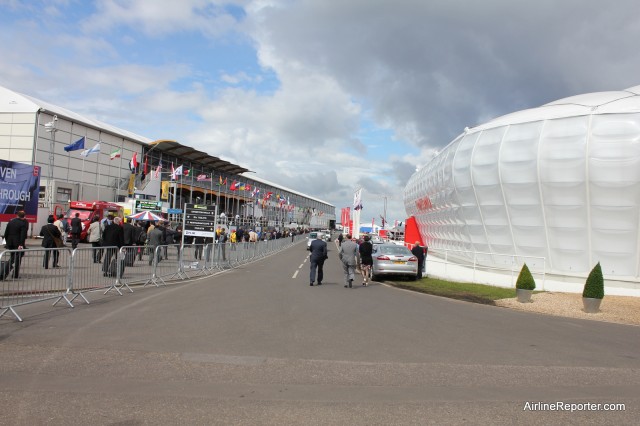 Walking into the media entrance at Farnborough 2012.

This story is unfortunately delayed, since I wrote the complete series and then lost it. So, I get to start over and hopefully I remember mostly what I originally talked about. Oh right, I flew to London and saw some planes… I think there might be a few more details than that.

I’ve been to plenty of airshows in my day, but not THE airshow. Every other year, the big airshow of the year takes turns at Farnborough (outside of London) or Paris. This year, was Farnborough’s turn and I decided it was time to take the plunge.

Monday through Friday, the airshow is only open to vendors, media and invited guests, where Saturday and Sunday is a public airshow. I was curious to check what was offered during weekday since the  show is quite different over the weekend. 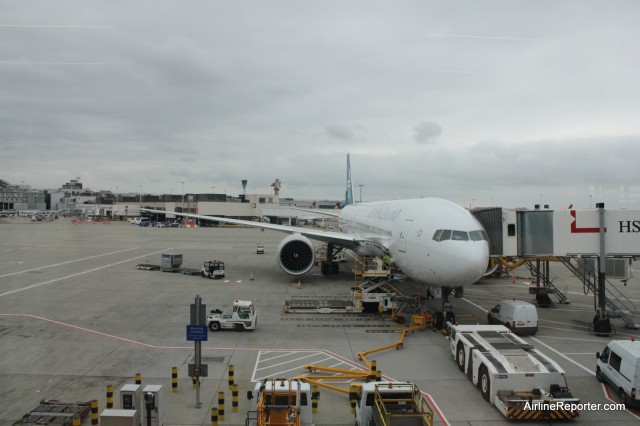 To get to London, I took Air New Zealand’s flight from LAX.

Before I did anything, I had to brave an application process for authorization to attend the show as media. After a few hurdles, I was approved and could move forward with getting my airline tickets and hotel.

While most of my international trips are planned out for me by a public relations contact; this time I was entirely on my own. First I dealt with the question: How do I get there? What airline would provide a unique journey? Air New Zealand, of course. AvGeeks know the power of riding a carrier’s uncommon route and the Air New Zealand Los Angeles (LAX) to London (LHR) takes the cake.  I was set to fly their Premium Economy over to London and their Business Premiere back. Now that my flights were set, time to find my hotel. 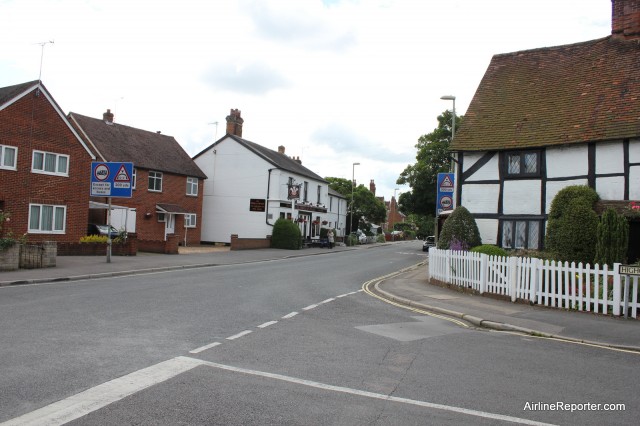 There was quite a bit of walking to get to Farnborough, but the views were too bad. This is just outside of the Farnborough North train station.

I had never been to London before and wasn’t really sure how things worked. I probably should have asked for some assistance, but decided to figure things out on my own — I kind of messed up. You see, I was late in getting my hotel room and my budget was pretty much non-existent for this trip. I knew I was probably going to have to find a place to stay outside of Farnborough and certainly not in London due to costs. I found a town less than 15 miles away from the Farnborough Airport called Bracknell and both locations had a train station. DEAL!

Here’s the problem; Bracknell is located north of Farnborough, but most of the trains run east to west, not north to south. Every morning, I would get up, walk a mile to the train station, take one train transfer, and walk another mile to another train station to catch a bus to get to the airshow. The 15 mile commute took me two and a half hours in the morning and about two hours to get back at night. Lesson surely learned.

The pain was quite worth it. Each morning my adventure would begin at the Farnborough Airport by being dropped off by a double-decker bus. 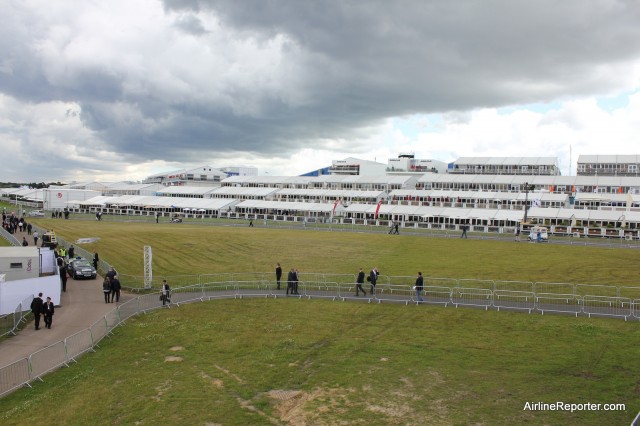 Just some of the Chalets located up the hill at Farnborough.

It’s very difficult being a single media person and knowing what the heck is going on at the airshow. First of all, there aren’t many preplanned press conferences or events and those that are, changed daily. Most days I would show up with little planned, but my schedule would become packed as the day evolved. By the last day I still wasn’t able to take a check out all the static display aircraft. It killed me, one of the primary reasons I went was to check out the planes.

The other issue was internet connection. You have about 110,000 people located in a small area, which means that cell reception was almost impossible to get. The airshow had a special media facility that offered free Wi-Fi, but it was not much better. Luckily, many other companies had their own media facilities (called chalets) and Boeing and Airbus both had free Wi-Fi that I accessed (sorry Airbus, but Boeing’s was a bit better). 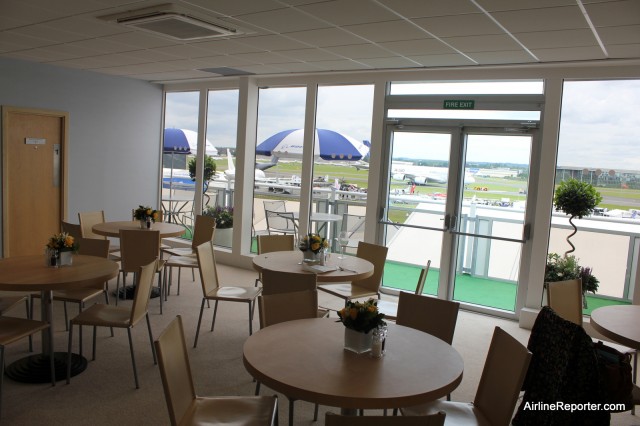 My second home while in London; Boeing’s Media Chalet at Farnborough.

Because of the internet issues, it was more likely that someone sitting at home, reading about what is going on at the airshow was more informed than a media person on-location (aka me) in a complex sea of information without solid web access. Eh, I was okay being uninformed and enjoying myself — I had no real agenda.

Larger media organizations like Aviation Week and Flight Global had huge staffs, their own chalets and obviously quite a few resources to cover the airshow from top to bottom. I went to the airshow without any real game plans except hoping to get on the Malaysian Airbus A380, the Qatar Airways 787, see as many airplanes, meet new people and have fun — mission accomplished.

In PART 2, I will talk in more detail about what it was like being at the airshow and what I hope to have accomplished next year (if I am able to go). Until then, enjoy the photos… 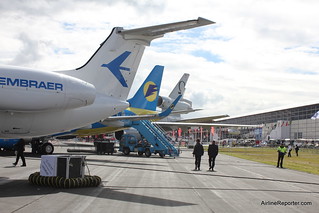 I’m not sure if you scared me away or got me more excited about going to one of these – or both! I hope to see you in Paris next year! You’ll love Musee de Espace @ LeBourget! http://airchive.com/html/museums/museum-of-air-and-space-paris-le-bourget

Nice intro. Looking forward to part 2, and lots of photo’s too! Keep up the great work David.

Just saw the Flickr show at the bottom. Love the photo’s (AvGeek heaven) Thanks David.

I think I really need to check that out in a couple years. Post part two!