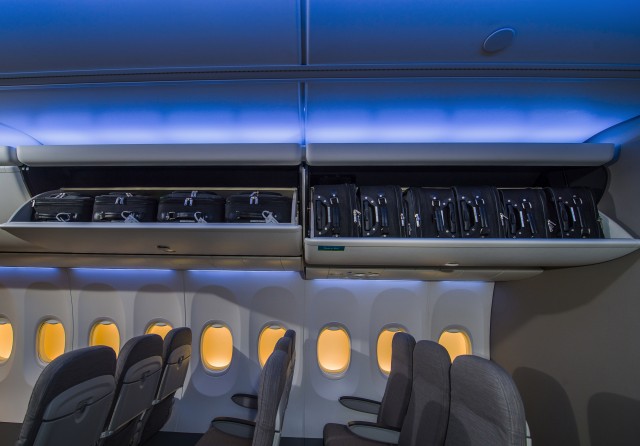 During Aviation Geek Fest 2015, a small number of us AvGeeks (seven, to be exact: me, Mal, Dan, Christy, Michael, Michael #2, and Derek  — who didn’t seem to make it into the video, but still was great) were invited by Boeing to preview their new Space Bin design and offer our feedback. It was previously announced that Alaska Airlines will be the launch customer for the Space Bin (first aircraft should be delivered by the end of the year), so as a frequent flier on Alaska, I was very interested to see the overhead bin of the future. (Also, this was probably the closest I will ever come to my not-so-secret dream of appearing in an airline safety demonstration video.)

Qantas Airways is in the process of retiring their final 767-300ERs and the TV show 60 Minutes produced a story following VH-OGG from Australia over to Victorville Airport (VCV), home of probably the most famous airliner graveyard. Many times the main-stream media drops the ball when it comes to stories like this, but I have to admit that they did a pretty darn good job!