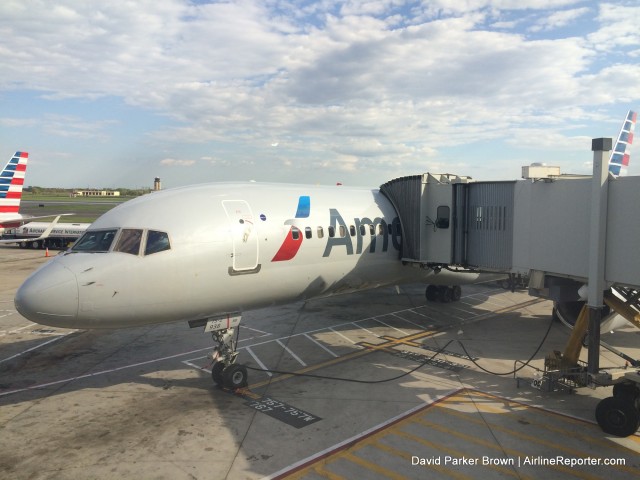 Our Boeing 757 from Philly to San Juan

I do not have kids. I am an only child. I have a very small family where I haven’t really been around a lot of kids. By no means do I dislike strangers’ kids, but I am also not one to go out of my way to interact with them. But I do have to say that I love my friend’s kids. But how much?

I was recently invited to head down to San Juan, Puerto Rico from Seattle (with a short layover in Philly) with one of my best friends and his family: his amazing wife, three kids (ranging from 4-11), and his mother. Most of my traveling is done solo or in a small group of adults. How would flying with kids go?

I have seen others do it, I have even read a few stories on it, but I figured that the hands-on experience would be a bit different. I ended up with quite a few (good and bad) surprises.

This story was written by Justin Cederholm for NYCAviation.com

Another chapter in the long history of US Airways was closed this past Thursday as they operated the final flight of their Boeing 767-200ER.  N252AU, which originally joined the USAir fleet in May 1990 as N652US, would be the aircraft to do the honor for today’s final flight.  The morning started at Philadelphia’s gate A18 with flowers adorning the gate area and a table full of fresh fruit, drinks, and pastries for guests on this special flight. Flight 767 departed Philadelphia (PHL) bound for Charlotte (CLT) at 9 a.m. with a full load of passengers and a dozen or so aviation enthusiasts looking to be a part of this final flight.  The short, uneventful hop down to Charlotte was greeted with a water canon salute from Charlotte’s Aircraft Rescue and Firefighting (ARFF) team.

Inside Charlotte gate D13 was decorated with balloons, a table draped with a ’˜Happy Retirement’ table cloth and two retirement cakes for the Boeing 767.  The final crew posed for photos and cake was distributed.  Shortly thereafter boarding began for the final segment of Flight 767 back to PHL.  At least two dozen enthusiasts and employees were on board this final fight which had roughly 100 open seats.  Flight 767 departed CLT at noon for the final hour-long flight back to its hub.  The light load of passengers allowed us to congregate in the aft coach cabin to reminisce on past flights on the 767 and discuss new aircraft joining the fleet of the ’œnew’ American Airlines.  Before landing the pilot gave a speech on the history of the 767, its significance in the industry, and its history within the airline.

Continue reading Saying Goodbye to the Last US Airways Boeing 767 on NYCAviation.com 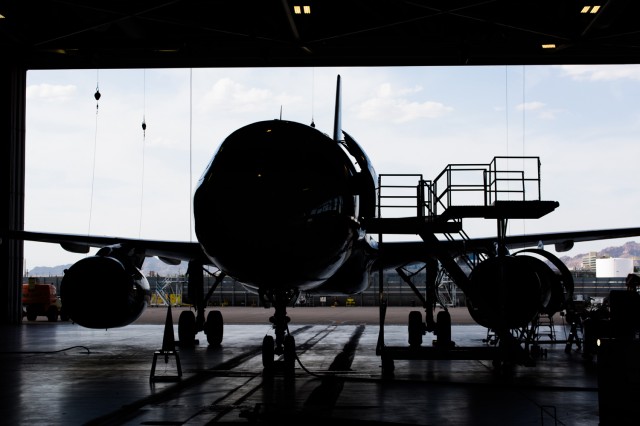 US Airways Airbus A319 getting work done inside the facility

All photos by Jason Rabinowitz

US Airways has a pretty large fleet of aircraft – over 340. From time to time, every aircraft needs to have some maintenance done to it; some scheduled and some not. We recently were able to take a photo tour of US Airways / American Airlines maintenance facility in Phoenix and wanted to share the photos. So sit back, relax, and enjoy the show…