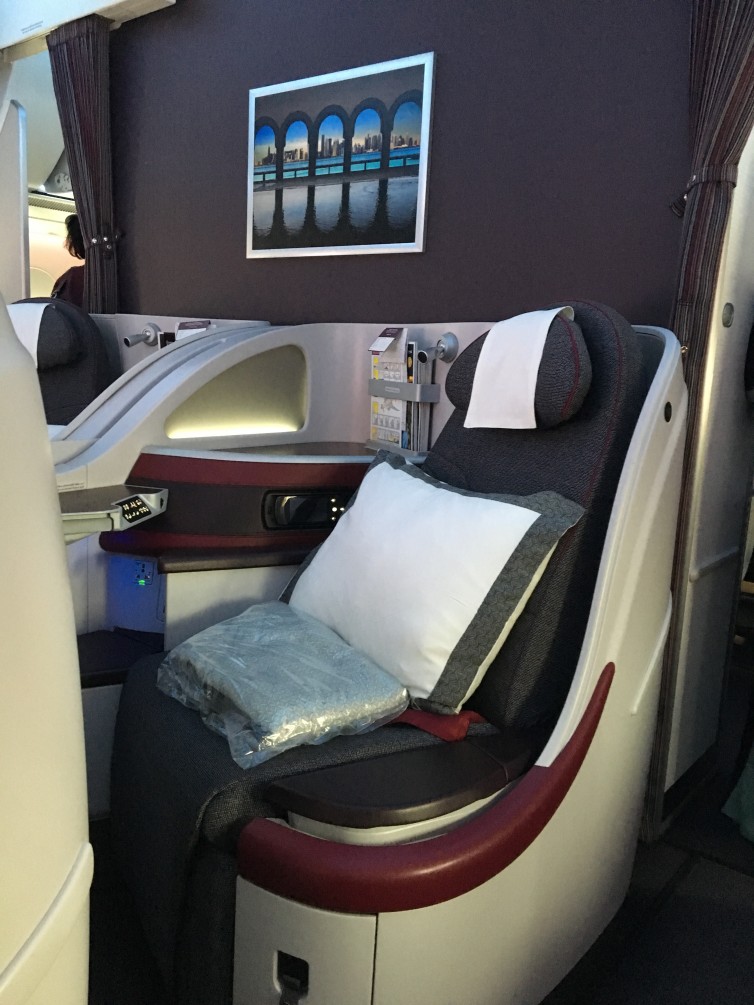 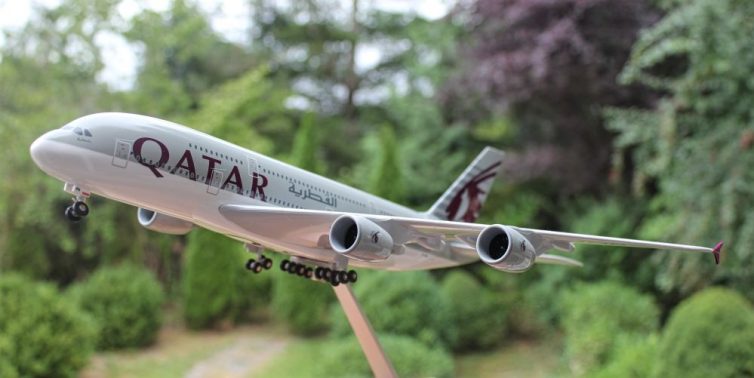 This can be all yours – Photo: AirlineReporter

Do you want to win a Qatar Airways Airbus A380 model? Of course you do! Lucky for you, we have one and we are looking to give it a new home. All you need to do is make sure you are following us on Twitter, and then retweet our contest tweet and you are eligible. The contest will be open until 5:00 p.m. PDT on Friday, August 26th and at that point we will randomly pick from the valid entries. Here, I will make it easy for you with the official tweet below:

Update: CONGRATS to @lauratherad for winning this sweet, sweet model! Stay tuned for our next contest!

(not so) FREQUENTLY ASKED QUESTIONS

Wait, is this a used model?
The photo is of my personal model. The one we are giving away is brand new, in box. We can be model buddies.

Who is eligible?
If you have a Twitter account and follow the rules — you are. I will ship it anywhere in the world to the winner.

Does the model actually fly?
Yes. Once.

I work for Delta, can I win?
Of course. As long as you proudly display it at work.

Does this come with subsidies?
Ha… funny, but no they are not included.

Can you just declare me the winner?
Yes I can. Will I? No.

Can I enter on Snapchat?
What’s Snapchat?

It is a fun app where you can take photos and make yourself a princess or a panda bear that cries rainbows — that work?
Um… no.

Can I just leave a comment on this story?
Sure… I probably will even reply to your comment, but it won’t enter you into the contest.

Can you wish me luck?
Good luck!