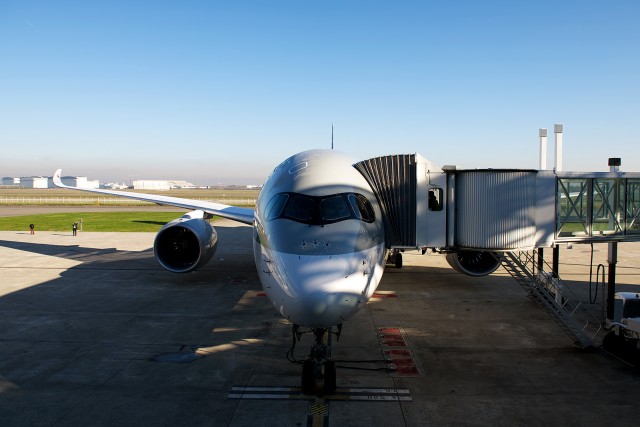 Qatar Airways has been growing rapidly, both in terms of their fleet and their route network.  I recently got to experience an example of both when I joined Qatar for their inaugural flight to Boston Logan Airport (BOS), utilizing the new Airbus A350-900 XWB. It was a pretty special trip.

After a rather disappointing first experience on Qatar when flying in from Los Angeles, I was really hoping to see Qatar’s best when departing from their home hub of Doha. Sometimes, operating from outstations with once-daily service can be very challenging.

This would be my first time flying the Airbus A350 as well – just a few days before our Editor-in-Chief David Parker Brown. I wanted to make sure to take the chance to remind him of that (thanks Blaine ^David). 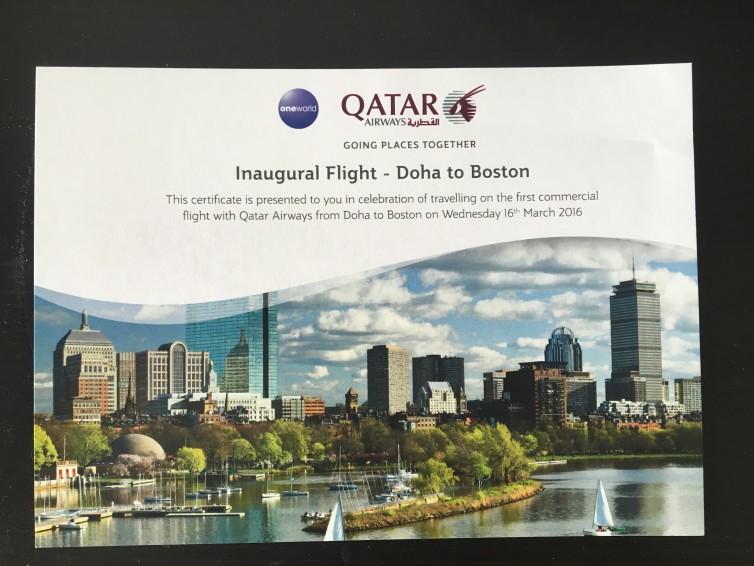 Certificate given to passengers to mark the inauguration of service to Boston – Photo: Blaine Nickeson | AirlineReporter

Overall, my flight was great.  The service was up to snuff and the food tasty.  But the star of the show was the A350.  Wow, what a ride.  Read on! 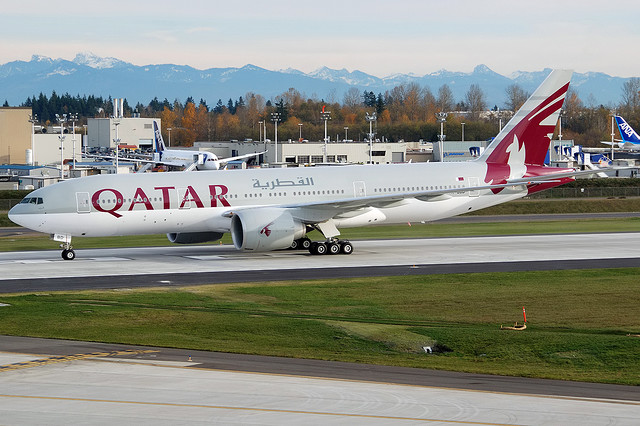