I’m still grinning from ear to ear. Sitting in the flight deck of a jet during landing is pretty much THE AvGeek holy grail. It’s hard to do – FAA Part 121 regulations, which nearly all airlines operate under, prohibit non-crewmembers on the flight deck during flight. But every so often, you can find a plane that […]

It seems like over the last few years, there have been almost weekly announcements of new routes from one of the ME3, the three major middle east airlines (Qatar, Emirates, and Etihad), to the United States. As of now, these three airlines fly, or have announced, routes from the middle east to the thirteen U.S. cities.

As a Denver-based flyer, I have heard a lot of talk about whether we can expect to see some exciting new liveries at Denver International Airport in the near future. I keep finding myself going back and forth between thinking, “yes, we’ll hear an announcement any day now” and “nope, it’s never going to happen.”

As an engineer, I decided to do what I do best – start analyzing things and putting some numbers on paper. The first thing I did was chart the geographic reach of the ME3 within the United States. That resulted in the map above. The green areas are within 100 miles of an ME3-serviced airport, the yellow areas are 100-to-250 miles out, orange areas are 250-to-500 miles out, and the red areas are more than 500 miles away from any ME3-serviced airport.

Combining this information with the 2010 U.S. Census data gives us some interesting numbers. Of the U.S. population in the lower 48 states, approximately 44% live within 100 miles of an ME3-serviced airport, 64% live within 200 miles, and 95% live within 500 miles. 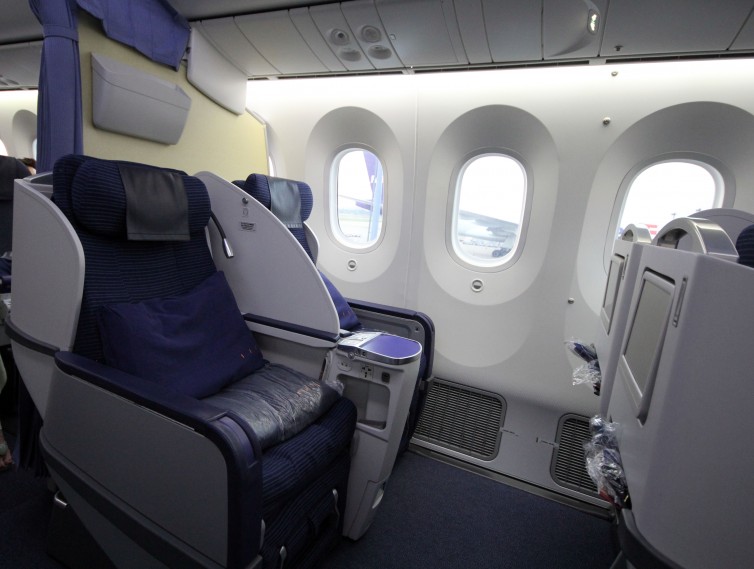 It’s amazing how much ground you can cover in a few days, if you really want to. Once we made the decision to go somewhere, Associate Editor, Blaine Nickeson, and I spent a few weeks scouring the internet for decent airfares. We considered various destinations across five continents. Finally, something really interesting (and cheap!) popped up: Denver to Tokyo on United’s 787-8 connecting on to Kuala Lumpur, Malaysia on ANA’s 787-8.

One stop from Denver to a city nearly on the other side of the world? Oh yeah, this is the kind of stuff the Dreamliner was built for.