My flight on Lufthansa would be two firsts for me: flying their first class and being a passenger on the updated Boeing 747-8 Intercontinental. Having one first is normally exciting enough as it is, but two? Yes… one could say that I was excited!

The benefit of departing Frankfurt with a first class ticket starts when one arrives at the airport. I was given access to their first class terminal, which was amazing.  When it was time to board my flight, I was driven in a Mercedes Vito van that took me on a quick ride across the tarmac to my gate in the A/Z concourse.

Riding along at ground level and looking up at gate after gate of 747s is pretty special.  When we pulled up to our gate, the very first 747-8I (D-ABYA) was looming above me.  Being able to step out onto the ramp and snap a photo is nice.  Being ushered all the way up to the aircraft by our driver is even better.  Even though boarding was already underway when we arrived, our driver created a hole in the crowd and had us at the front in mere moments.  Now THAT is service. 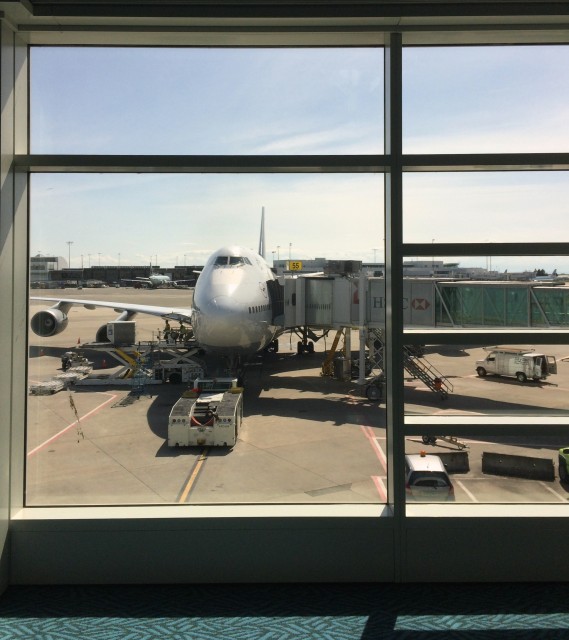 This time, I was off to UACC (IATA Code TSE, or as most people call it, Astana, Kazakhstan) to attend the third KADEX (also known as Kazakhstan’s defense expo). Originally, I was booked in Lufthansa business class for the Vancouver-Frankfurt portion of my itinerary, but after being informed by our Associate Editor that the aircraft I would be flying was not only rife with available first class seating, but that it was D-ABVS (an aircraft equipped with the new first), I felt it was my duty to exchange currencies of various forms and reasonable amounts for a soon-to-be vanishing experience.