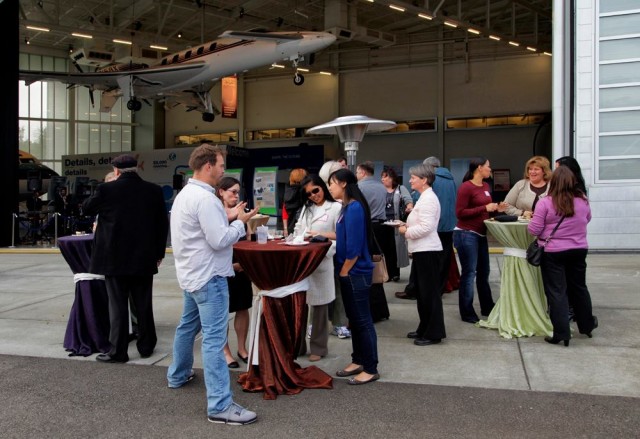 Just hanging out under a Beechcraft Starship drinking wine – Photo: Future of Flight

We like wine. We like wings (the airplane variety). Why wouldn’t we love this awesome event at the Future of Flight?

On Friday, June 20th (next Friday), from 6-9pm, the Future of Flight is hosting a special event that features a night of wine, beer, food, music, and more at their facility (with airplanes there of course): Wing, Wings and More.

The event includes tastings from over 30 boutique wineries and distilleries and a beer garden on the Strato Deck with amazing views. Not to mention there will also be catered food.

Hope to see you there!