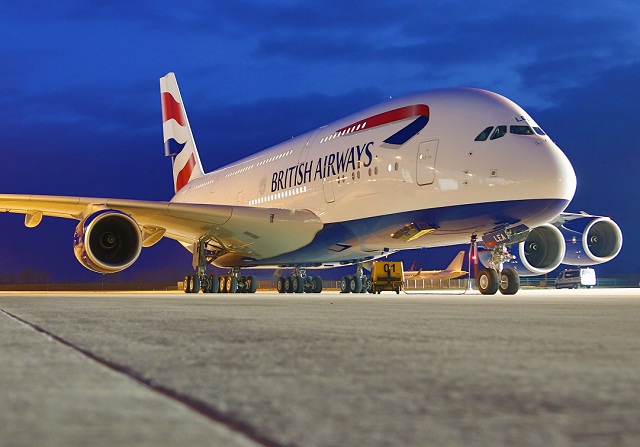 British Airways recently had their first Airbus A380 roll out of the paint hangar in Hamburg, Germany.

The airline is expecting to take delivery of their first double-decker airliner in July of this year and will first use the plane on short-haul routes for training and then on their London (LHR) to Los Angeles (LAX) route starting on October 15th. The second A380 will be placed on their LHR to Hong Kong in November (tickets for both flights are on sale now). 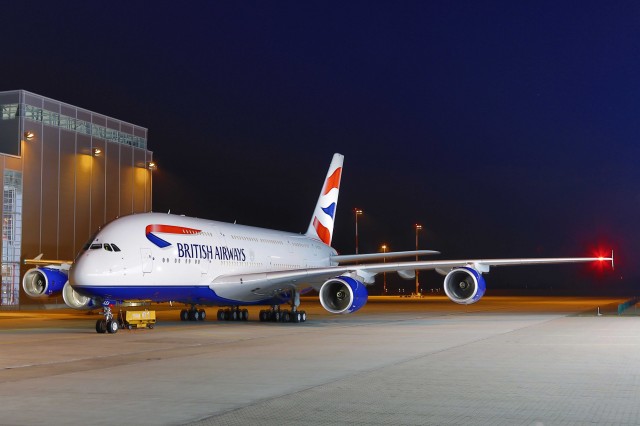 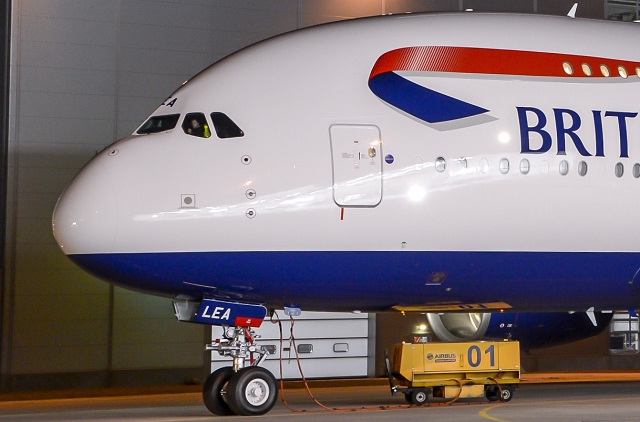 ’œThis will be a very special premiere,” Keith Williams, British Airways’ chief executive, said. “The A380 is a great aircraft that has been developed with huge amounts of British engineering ingenuity. London and Los Angeles are two world-leading cities, and we are proud to be the first airline to connect them with the A380.’

Although the outside of the British Airways A380 is beautiful, the inside is not too shabby either: 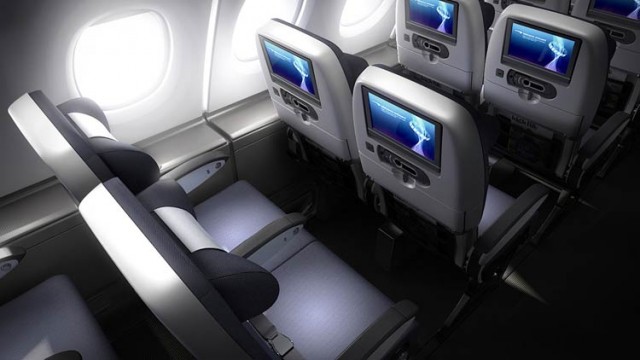 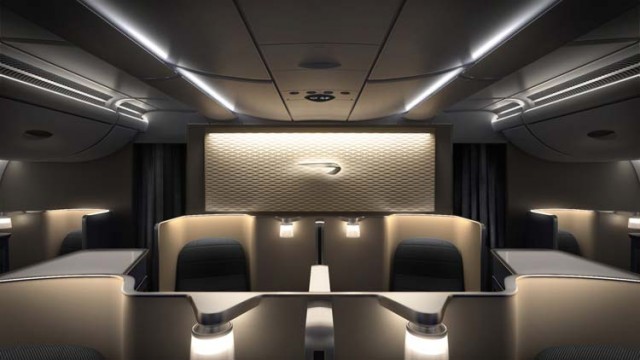 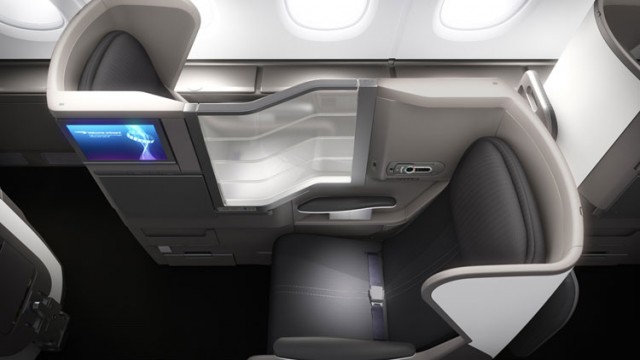 To learn and see more, check out British Airways special site on the Airbus A380.

https://www.airlinereporter.com
Contest: Which Phone App Belongs to Which Airline?
Checking in with the Grounded (for now) Boeing 787 Dreamliner
14 Comments

That is the best looking livery on an A380 yet! Beautiful paint job!

I totally agree with Will. That’s the sharpest A380 I’ve seen yet!

Yuck…there is too much white so doesn’t look balanced. The blue on the belly should be higher so that it is just below the bottom edge of the main deck doors, and the ‘British Airways’ titles should be raised slightly so that it is centered vertically between the main deck and upper deck passenger windows. The design on the vertical stabilizer looks good and properly proportioned though. I hope the privacy partition between the Club World seats is more opaque than it looks in the photo above!

The A380 livery that I prefer so far is Korean Air.

Yes, the ‘British Airways’ title should be raised up a bit 🙂

I’ve always liked the British livery, and I think it looks good on the A380 too. Can’t wait to see a 787 in British livery though!

I’ve always looked at the A380 at slightly overly-plump opera singer on the stage. This BA livery helps to minimize the weakness and adds some visual strength to slimming lines and some excitement about brand. I agree with post on Korean Air has done a wonderful job. this aircraft reminds of challenge of the Boeing Stratocruiser….built for speed not looks!

I think it looks great. Too much white, name in wrong place, what a load of rubbish.

I thing it looks fine.

Great hoe it comes to KSEA

I can’t wait to see it land at Heathrow for the first time. It is a stunner. But I do think they should have ordered more than 12.

Not particularly enthralled by bthe BA colours in general (most airlines have their national flags sylised on their aircraft tailpalnes)but have you all noticed that the “To fly to serve” heraldry motto is back, this time on the fuselage. Next step its renewed emblazonment on the tail as in BAs glorius past !!

I do hope that the economy seats are more confortable in BA A380,I travaled in Emirates 380 Dubai-London was not impressed,that was on a 7hrs flight,if one is doing LA, take a cushion,beleave me you are going to need it,other wise top notch in all other departments.