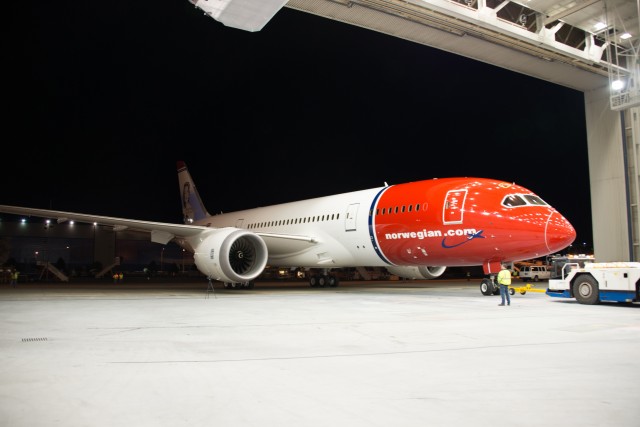 Last week, the first 787 destined for Norwegian Air rolled out of the Boeing paint hangar up at Paine Field (KPAE). 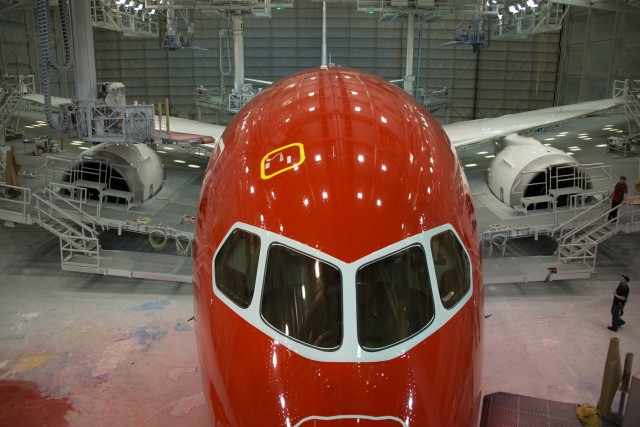 Wonder if anyone has called Norwegian’s livery Rudolph.

For those of you who attended this year’s Aviation Geek Fest may remember seeing line 102 on the factory tour in its white protective coating. 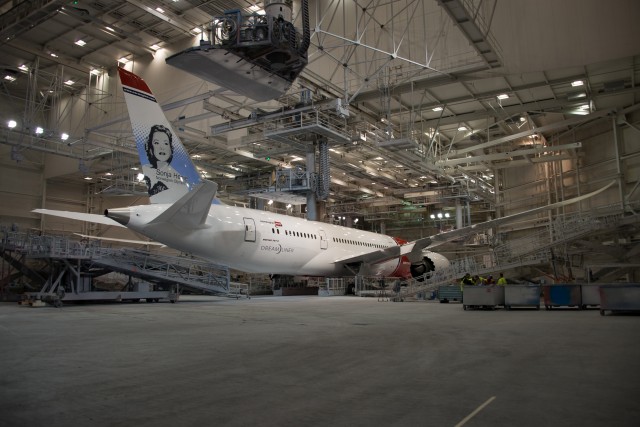 The most striking and noticeable feature about this scheme is the fully painted red nose/front third of the aircraft, which for me looks very different compared to all of the white front halves that we have seen on every other 787 at this point. It’ll take a little to get used to but definitely is nice to see something a little different.

The tail, like on all of the airline’s 737s, features an important historic person that means something for the country. 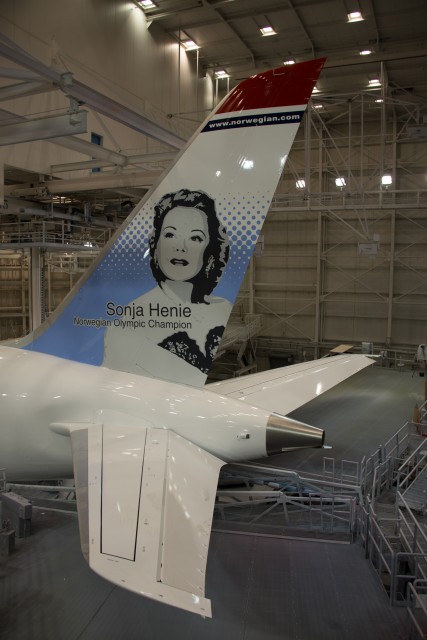 Sonja Henie was chosen to be on the airline’s first 787 Dreamliner.

Sonja Henie is featured on the tail of the first 787 and is a three time Olympic Champion and film star. 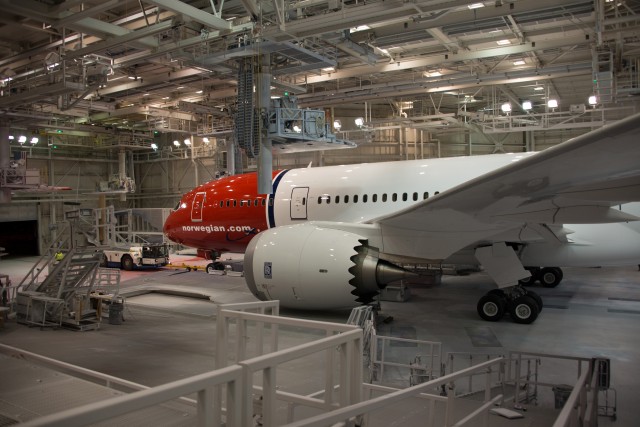 Side angle of Norwegian’s first Dreamliner.

So far this is easily one of the sharpest looking 787 schemes and will be the easiest one to pick out of a line up.

Due to the current woes facing the Dreamliner, it is uncertain when Norwegian will be taking delivery of their first plane.

Wow. It looks fantastic. I’m always amazed by the talent of the ladies and gents who paint these planes. It can’t be an easy task, but they always do an amazing job.

I can’t resist, my favorite character from Airplane!- http://www.youtube.com/watch?v=h4WF7sLuwio

do watch my work friends!!