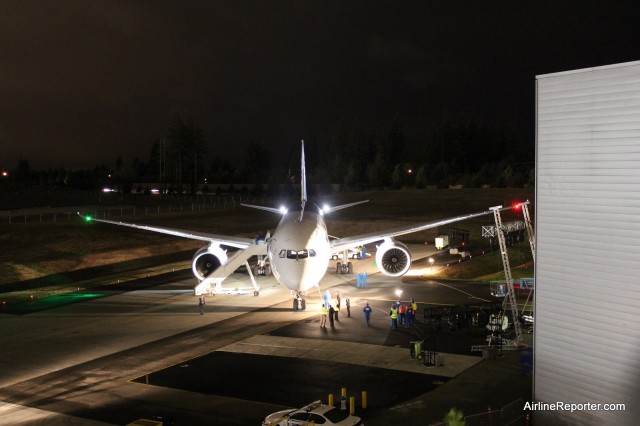 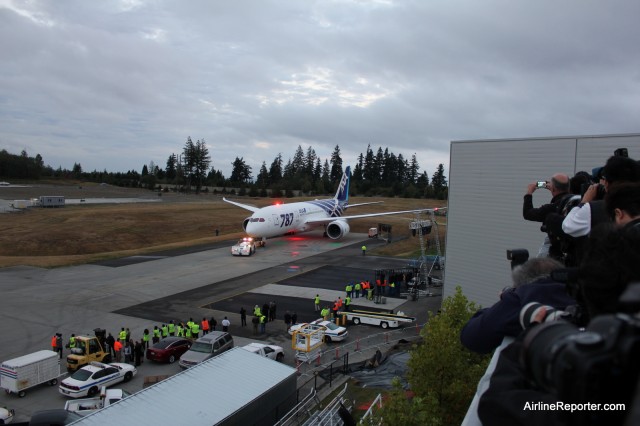 ANA’s first 787 (JA801A was parked next to the Future of Flight as airline employees loaded up and prepared for their flight to Haneda (HND). The flight was scheduled to take off around 6:35am, but was delayed a bit until about 7:15am. This was okay, since it allowed a little more light before lift off.  The aircraft lined up and took off heading south. After lift off, the pilots waved the wings to say good bye. 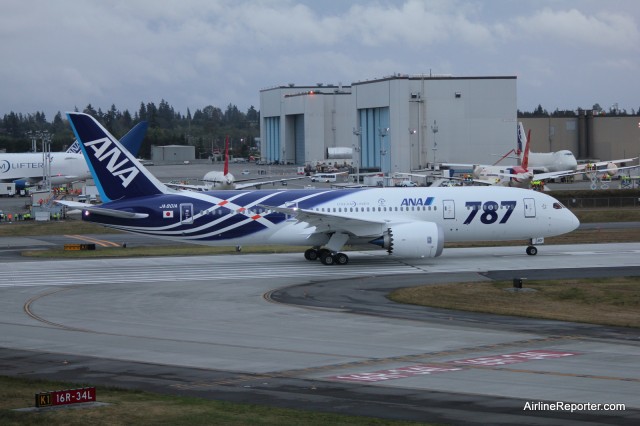 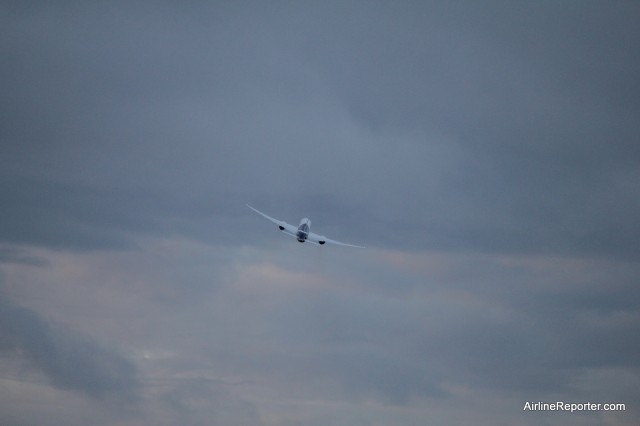