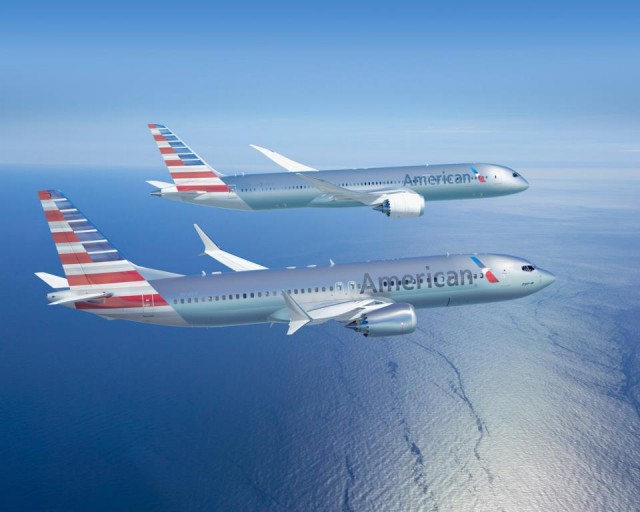 https://www.airlinereporter.com
Checking in with the Grounded (for now) Boeing 787 Dreamliner
Flying Behind The Coconut Curtain: Cuba and Havanaâ€™s JosÃ© MartÃ­ International Airport
13 Comments

I wasn’t a fan initially, but seeing the new livery on an actual 737 parked on a flight line has changed my mind.

Honestly, no. I think it is a mess. The logo up front is completely unrelated to the tail, and the tail itself just hurts my eyes. I just hope that the new AA goes with something else. The computer mock up shows the paint being way shinier than it is real life – very dull in most lighting conditions.

The wings on the 787 look like being stretched to 150% of the design limit. surely all the “Americans” on AA are not that fat.

Given how crammed in AA’s seats are, it can’t be fat pax. Must be those new battery mods weighing her down 😉

No not really. Needs more flow. It’s way too stiff and contrived.

I’m with the camp that the new colors are absolutely hideous. It’s not that I don’t like change because there have been other livery changes that I loved, especially Delta’s waving flag colors circa 2002. I, for one, had no problem with the previous American livery. Over forty years since its debut it’s still fresh, something not many airlines can brag about.

There may be some good news on the horizon however. An friend of mine that works for American Airlines reports that further changing of the colors has ceased since the US Air merger was announced. I take it that the people in Phoenix hate it too.

I can maybe (maybe) see someone liking the old AA livery from a historical perspective, but I have a hard time seeing the old livery as “fresh”. Bare metal, cheatlines, brighter red and blue, all scream aged to me…

Get over yourselves calling the new colors pathetic the colors of the American Flag. Let the colors and design be a reminder of what American’s values really represent; naysayers don’t also pay to the detail of the design itself being continuity of the “A” the “eagle” and the detail of the stars and stripes on the vertical stabilizer… Not some boring crap that is on most airplanes today, some politically correct BS plain boring out of the box stuff. The new colors look great. Move forward. While I’m a big fan of the old livery; it was tired…much like AA itself. The rest of the world has moved on from 1968 and it was about time American did.

Don’t like it at all. AA is deceptive in their visual marketing. The fuselage is not silver but gray. If you have to bend the truth in your advertising of a ‘new product’ then obviously something is wrong. Bad job.

The whole new fuselage grey is too dull. Where’s the stars disappeared to. The entire vertical stabiliser needs to be changed. It just has this very plain look on the American flag. This new livery just seems to dull and unattractive.

Sorry too bad for u all.. I love the new livery, itttt perfeeccctttt… It look much better than old boring chrome livery is too old for over 45 years.. It time to update for change to something different, I love it.. Woo-Hoooo………….