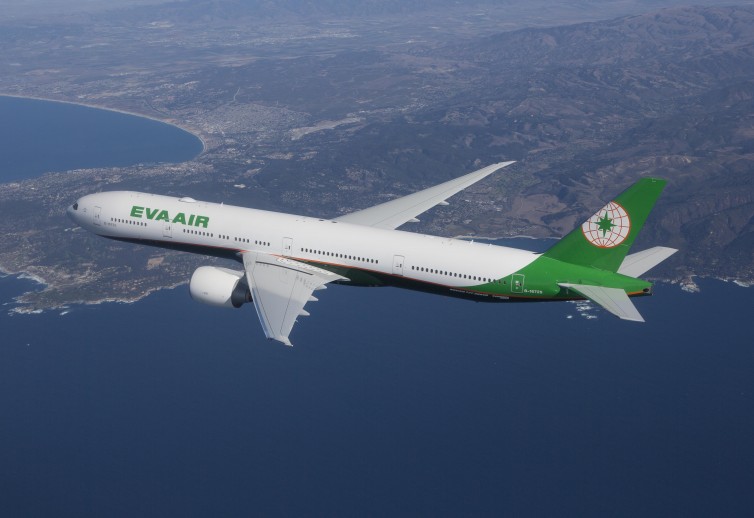 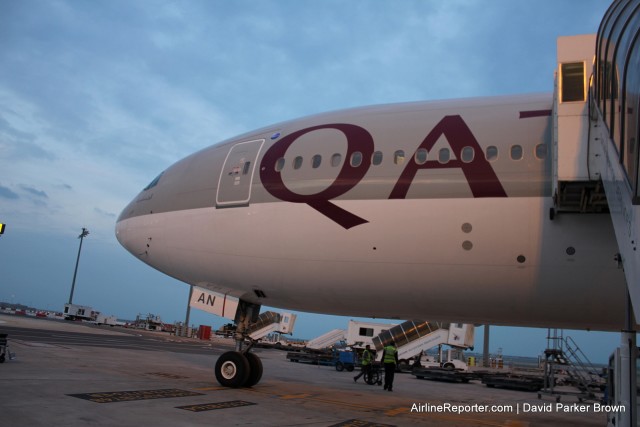 Cheers: Great service and the food was (mostly) delicious.
Jeers: The hard product is getting a bit dated.
Overall: After so many miles and so many hours, I was still ready for some more. 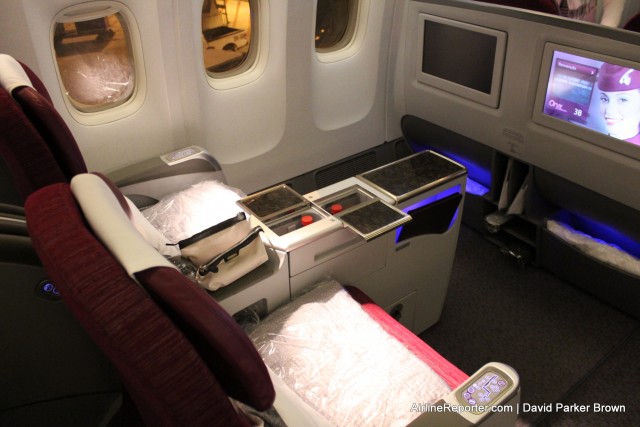 The business class seat on the Qatar Boeing 777-300ER. Notice the blue lighting.

Recently, I flew quite a few miles on a Qatar Airways Boeing 777-300ER in business class. Although my review will mostly concentrate on the leg from Washington Dulles (IAD) to Doha, Qatar (DOH), bits and pieces of my other legs, which were DOH to Bangkok (BKK) and then back towards home DOH-IAD will also make their way into this review. After flying over 17,000 miles on the product in a short amount of time, I think I got a pretty good feeling what it is all about.